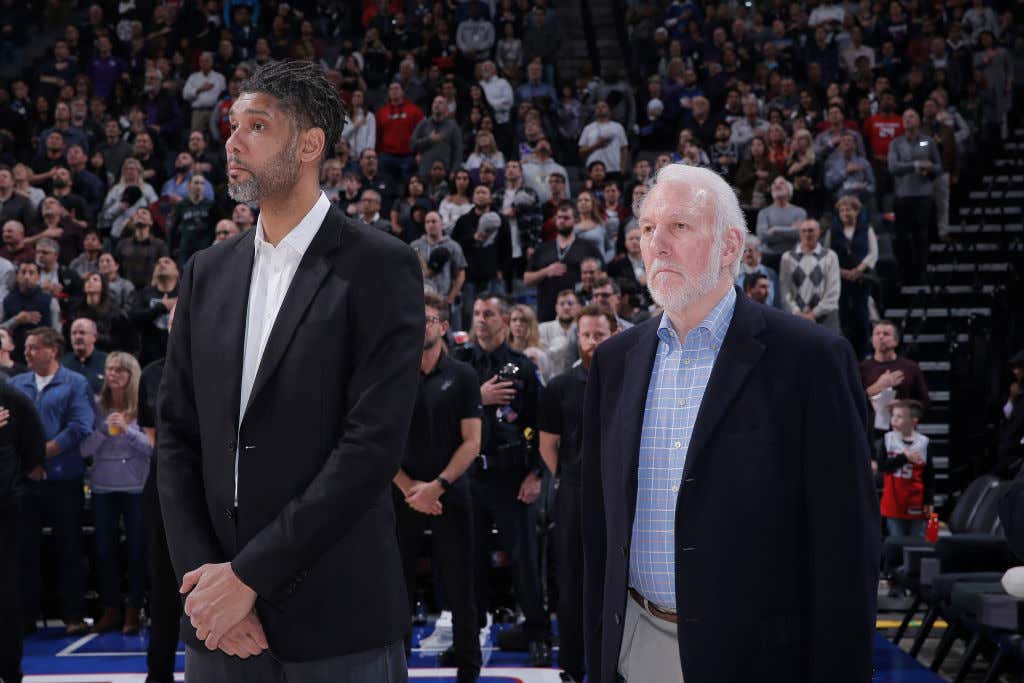 First and foremost I hope everything is OK with Pop and this is just a chance for him to take the night off and give his protege a run at being a head coach. The Spurs season is basically over, guys are probably tuning Pop out so why not give Timmy Duncan a whirl? I'll admit it's a little surprising that they are going with Duncan over someone like Becky Hammon who actually has some head coach experience with the Spurs Summer League team leading them to the title, but it's hard to hate on riding with Duncan.

I think the big question surrounding Pop has always been how much longer is he going to stick around? He has nothing to prove, he's one of the greatest to ever do it and it's only a matter of time before he retires. Well it would be pretty awesome if Duncan slid in and became the next head coach of the only franchise he's ever known. It's not all that uncommon, it's happened 40 times throughout NBA history, and if there's one guy that knows how to continue the Spurs tradition it's probably the guy who ya know....helped create it. I just fear after how well Duncan will probably do that Pop might never get his team back and this is how it all ends for him.

What I cannot wait to see is how Duncan handles the media/in game interviews. Will he actually be nice and not a complete asshole? Or will he pick up right where Pop left off and be a grouchy old man. It's not like he's all that outspoken to begin with so I would love to see him pull off his best Pop impression. Just give a blank stare during the in game interview or something. This is what will tell us how ready he is to be the next Spurs head coach.