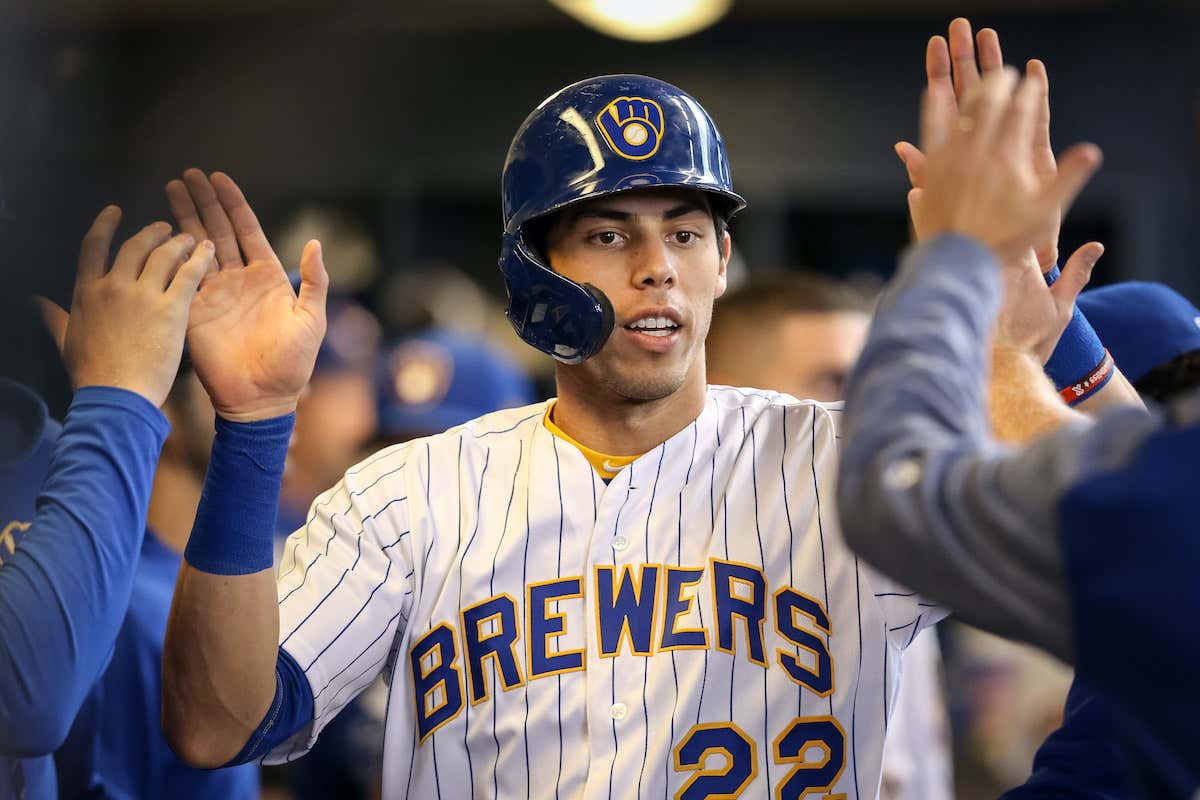 Our motherfuckin' BOY, Christian Yelich, is close to signing a deal with the Milwaukee Brewers for north of $200 million, per The Athletic.

The Brewers are close to agreement with Yelich on a new contract worth more than $200 million, major-league sources told The Athletic on Tuesday. The deal, likely to be for seven years, is expected to be announced Friday at the team’s spring-training facility in Maryvale, Az.

It is not clear whether the new contract will supersede the remaining two guaranteed years and club option left on Yelich’s current deal, whether it will amount to an extension further extending the Brewers’ control, or whether it will combine elements of both concepts.

Yelich, 28, currently is owed $12.5 million this season and $14 million next season with a $15 million club option. His new deal would figure to put him among the game’s highest-paid players, with an average annual salary in the $30 million to $35 million range.

When I first saw "$200 million" and "seven years", I was doing the math in my head like Alan from the Hangover and I was like, this ain't sound right. $28.5 million a year? Fuck all that. Get my guy over $30 million a year AT LEAST or this shit is borderline criminal. Then, you know, it helps to actually read the article. In there, Ken Rosenthal notes that Yelich will make an average annual value somewhere between $30-35 million. Better be on the latter half of that spectrum because he has earned every penny. Per Jeff Passan, the extension will run through the 2028 season with a mutual option for the 2029 season.

Since coming to Milwaukee in a trade from the Marlins prior to the 2018 season, Yelich has hit .327 with a 1.046 OPS, averaging 40 homers and 32 doubles each year with 26 bags and 104 runs driven in, accumulating 14.7 WAR. He's been an absolute monster, winning an MVP in 2018 and a runner-up this past year, only because he had a freak injury occur in the month of September. Had that not happened, you're looking at a back-to-back NL MVP, and I'd even argue that he should've won the National League MVP award anyway. Statistically, he was still the best player in the National League regardless of the handful of weeks missed towards the end of the season. Objectively speaking, the man has been putting up fucking Barry Bonds numbers since joining the Brew Crew.

I love this deal for Yeli, I love this deal for the Brewers, and I love this deal for baseball. You're talking about a "small market" team shelling out big time dollars to keep their star player, which is a foreign concept in other parts of the league. It's the classic case of a team loving a player, and the player loving that team right back. Yelich has always spoken highly of the city of Milwaukee, he loves the fans and how passionate they are, and he loves hitting in Miller Park. It's the perfect fit. I think it goes without saying that Yelich could've ultimately secured even more money had he reached free agency, but I love that he's taking a little bit less to stay right where he belongs in Milwaukee.

He's a cult hero in that city, and this is only the beginning to the legacy that he's carving out for himself both there and within the game of baseball.