30 years. If I remember correctly from the Reggie Miller vs. New York 30 for 30, Spike said he bought season tickets the second the Knicks won the Patrick Ewing lottery. No reason to play Monday morning quarterback on the decision he made in that moment. Ewing was that dude coming out of Georgetown, Michael Jordan wasn't *Michael Jordan* yet and there was plenty of reason to think the Knicks just became the *it* franchise in the NBA. Especially since, yanno, the NBA was actively trying to make the Knicks a thing. Despite all the forces trying to pull the Knicks out of the gutter, they never won anything. Michael Jordan did, in fact, become Michael Jordan. When he stepped away for two years, Hakeem and Shaq decided to simply be better at basketball than Ewing. Then Duncan sided with the Jordan, Hakeem and Shaq line of thinking and figured he'd give beating the Knicks a whirl. And when Ewing went away, the Knicks did too.

As a reminder, the Knicks have won less playoff games (7) since the 2001-2002 season than the Seattle Supersonics (8). The Sonics haven't won a playoff game in 15 years, which has more to do with them not being a team any more than anything. The Knicks have very technically been a basketball team over the entirety of those 15 years, though many scholars would argue against it. But the point I'm trying to get at: while I cannot fault Spike for buying Knicks stock when the NBA rigged the lottery for Patrick Ewing to go to New York, I can absolutely fault him for staying on the Titanic long after that ship sunk. So, with the last 30 years in mind, here are a few things Spike Lee could have purchased for $10 million that wouldn't have forced him to ever speak to James Dolan in the face.

According to privateislandsonline.com, which is maybe the most baller website I've ever seen in my goddamn life, Spike could have scooped up Young Island Resort in St. Vincent. That's it above. So I'm not even talking like some CASTAWAY island where it's just one palm tree and a volleyball you can fuck. No, an island with homes and plumbing and other modern conveniences. $10 mil, purchased with the click of a button. Probably could have had it for $5 mil back in the '80s and not had his heart ripped out by Reggie Miller.

Three Copies Of The Original Issue Of Superman

Does Spike Lee care about Superman? Probably not. But for $10 mil you could threaten to burn these rare pieces of art right in front of Jerry Seinfeld and have him pay upwards of $50 mil to get you to stop. A pristine issue of Actions Comics #1 will run you a little more than $3 mil, so you take that $10 mil, grab three issues, head out to Long Island and tell Seinfeld of your plans and now you've quadrupled your investment and probably get to leave in a rare Porsche. Feels like a much more enjoyable afternoon than watching even the best Knicks game over the last 30 years.

These guys get sold from $900,000-$2 mil, so let's call it about eight. Eight hounds that may or may not have lion's blood coursing through their veins. I don't even know what you'd do with them. But I know what you wouldn't do: have your house robbed ever again. Despite being known as vicious protectors, they seem like pretty good guys. So you'd have eight really good guys on your roster who can all defend, which would be a single season record for the Knicks. 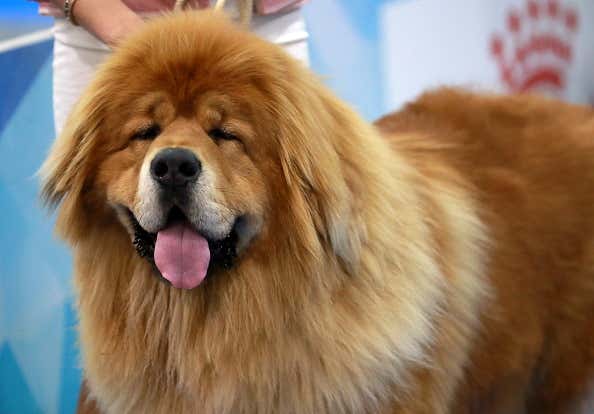 $10 million in Apple Stock in 1985 was probably the right move when you really think about it. Google is telling me that purchasing $200,000 worth of Apple Stock in 1985 would shake out to about $1.16 billion today. So $10 mil would have been $50 billion? Did I do that math right? I probably did not do that math right, but if anything I undersold how much that would be worth today. And with $50 billion you could just buy the Knicks in cash and do whatever you wanted with that franchise. And still have $40 billion left over to buy as many islands and mastiffs as your heart desired. Pretty big idiot move by Spike Lee to not be one of the richest men on the planet in my humble opinion. Bet he wishes he could have that one back instead of watching terrible basketball from as close as humanly possible, slowly tormenting himself into a descending madness over the last three decades of his life.