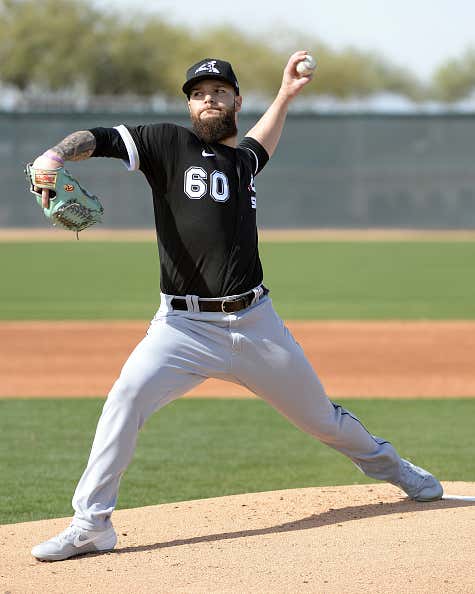 Dallas Keuchel barely knew his new Chicago White Sox teammates.  Many of the employees in the organization, he hadn’t even met.  He may be a Cy Young award winner and World Series champion, but as the new guy in town, this was going to take some time.

So, he decided to invite every player in the White Sox major-league clubhouse, clubhouse attendants, trainers, equipment managers, secretaries, batboys, the entire coaching staff and front-office, out to dinner.

There were 125 folks in all, including spouses and girlfriends, who showed up at the steakhouse near their spring-training complex.

They spent the evening together, eating, drinking, and getting to know one another, with Keuchel paying for the entire tab, dropping about $25,000 for a night his new teammates will never forget.

One story that I have told a handful of times, including last week on Red Line Radio, was a story I listened to Aaron Rowand tell at Soxfest back in 2015.  He said that on any given night, 20+ members of the White Sox would go out to dinner together.  Mind you they had 2 Japanese players, many LatAm players and then Americans.  Three different languages were spoken in the dugout and at any given time, but it didn't matter because "we all spoke the language of baseball," Rowand said.  "We were all pulling from the same rope 100% of the time and love each other.  That lead to a lot of our success and it was largely due to Ozzie Guillen."

That story has always stuck with me.  That team wasn't necessarily the most talented team on the field, but they truly abided by their team motto "win or die trying".  Rowand would smash his face to smithereens diving for a ball, as would Uribe, Tadahito would lay down a perfect drag bunt, Bobby Jenks would blow balls past hitters to close out the game, or Paulie would walk it off.  That team was so goddamn fun and their chemistry was radiant to anyone who followed them.

And this dinner move by Keuchel reminds me of all that.  Gone are the days of jersey cutting and shoving teammates into lockers.  Keuchel's won at the highest level both personally and on a World Series team, so he's the perfect guy to lead this charge, even if he's a new face on the team.  Oh, and by all accounts the team is working its absolute dick off when they're not between the white lines:

I fucking love it.  I am really trying to temper my expectations for this team because it's so young, but at the same time I'm reading stories like Keuchel's or seeing tweets like Steve Stone's here and those things are making it difficult for me to do so.  Don't take it from me though; take it from Keuchel's mom:

That's a direct quote except I don't know what "expletive" she used.  Motherfucker fits though so I'm rolling with it.  Cannot wait to shove this team down everyone's throats.  Here's my obligatory end-of-blog statement: nobody gives a fuck about the White Sox, but you better give a fuck about their roster.