Here's a quick story to read on a Tuesday.

When I left Phoenix in 2004 for L.A to do stand up, like a dummy I moved to Hermosa Beach. Not the greatest spot to pick if you’re trying to get a career in entertainment off the ground. One place that has no issue helping you be less motivated, Southern Californian Beach towns. It was early on in 2005 and I started hanging out with this cool ass comedian who shall remain anonymous due to the fact he might still work at place he lied to. (We will get to that.) If his boss happen to read this, there’s small chance they reconsider his position with the company. So let’s call him, Fred.

Fred and I used to meet up at shows, do sets and smoke a shit ton of weed in his big ass dad SUV. We’d drive all over Hollywood, Santa Monica, Venice, Cudahay, anywhere we were getting a set in, or at least hit a show where some homies were going up and we could meet the room booker. He was always down to drive. He had a good full time job, with benefits, paid vacation and sick days, all that. He was A responsible Dad and actually enjoyed driving. Which for a broke dude like me was awesome. I couldn't afford to drive all over LA every night with gas at 2.50/3.00 a gallon.

By the time 2007 rolled around I was hiding my 2001 Toyota Tacoma, 4DR, TRD (Jesus, I loved that truck.) From the repo man. Shit got bad when I moved to LA. I couldn't find a decent job and I got way behind on my truck payment. The one time I got a sweet 3 week production gig with MTV on the Island of Nevis that paid me enough to get back in good standing with the bank, I arrived home to my truck being towed in Hermosa and it was going be $2000 to get it out. (Outstanding parking tickets plus tow and storage fees.) I had to get the truck out, and I was then back to square one. Needless to say, When you’re driving around in a truck 8 months + behind in payments you never for one-second forget there are men out there who are great at tracking down repo’s and are diligently trying to steal their shit back and get paid out by the bank.  Not to mention I was also dodging cops every time I drove. The registration was years past due and I didn't have insurance. Anxiety was running hi during that period in my life.

(Here's the model and color I had. She was a beaut!) 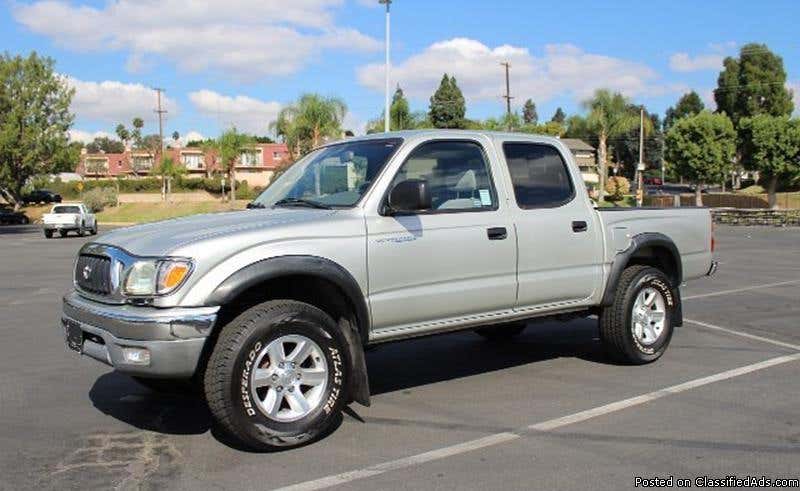 So when I got a chance to throw my truck in my buddies garage or down a random street in Hermosa, and just hop in the car with Fred, that was a small slice of heavenly relief. Plus he always had way better weed than I did. One less night staring into my rear-view mirror keeping an eye out for a tail, not having to stay one step ahead of the repo or cops always felt so damn good. It made those nights 3 times as fun as they actually were.

Fred always had some sort of side hustle. Selling weed here and there, DJing weddings one the side, and a bunch of other shit I can’t remember. He was a home owner with a wife and 2 kids. He was always looking to make an extra buck on the side.

In 2007 everyone was fucking with Craigslist. Especially people with a side hustle. One day Fred tells a couple of us he found a dude through the "Barter" section of Craigslist that wanted to trade a couple ounces of weed for a small grow set up. 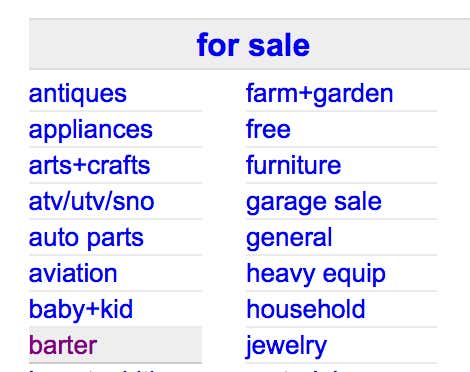 He said he planned to start a small operation in his garage. We all advised against it. We told him he was a dumb fuck for thinking this was a solid plan. Craigslist was already well known for scams and set ups. Fred wouldn’t listen though. He told us he knew things were going to be fine, that the guy was cool and he took off to trade the weed for the lights and shit. Our other buddy called him right before he arrived and said he didn’t have a good feeling and he really wanted Fred to just turn around and go home. Fred told him not to worry he would call him back after he got the gear and they could meet up back at the house to get the gear set up.

We didn’t hear form Fred for days. Straight up vanished. There were 2 possibilities. He was robbed and left for dead, or his ass was caught up in a sting-op and was in Jail. 4 days later our buddy calls me up and says Fred called him from Jail. He had gotten popped as it was a part of sting-op to stop drug trading on Craigslist. He was going to be there for a couple more days before being let out to wait for trial. His wife had to put the house up as collateral to bail him out.

He calls me when he gets out and told me the story. Said he’s looking at doing 2-4 months. I asked if he would have to find a new job. He said no. I was a bit baffled. How and the hell are you going to keep that job and be gone for 2-4 months. He told me he had been working there so long and never took vacation or sick days. At least 15 years or so of employment. So he went in and to talk to his bosses,  they worked it out to take 4 months off to “Travel with his family abroad!” They fucking signed off on it. This dude actually got his work to basically pay him to go to jail, Unbelievable! They gave him paid time off for being such a reliable employee. It was perfect timing to, because his son was just graduating high school and summer was hitting. Perfect cover for a “Family trip.” Unreal.

Due to over crowding in L.A jails and since he was a non-violent offender, he got out early. Only did 2 months. So he ended up actually still taking the other 2 months of vacation after jail and we just starting traveling for shows. Shows we weren’t even getting paid for. Just out doing it to do it. I knew a bunch of comics in the Bay area. I was getting on way better shows up there than L.A at the time. I could easily get Fred on shows with me so we started saying fuck it all the time and would drive up to San Jose, Oakland, SF, Salinas, I mean anywhere we could get a road room we were there. We would smoke weed the whole drive, laughing and talking shit. Life was good those two months. I forgot I didn’t have a car, He forgot he was just in jail, and we were just doing what we loved. We split gas, ate cheap and smoked good ass Northern Cali Weed.

Its wild looking back that a drug arrest and a truck repo lead to 2 of the funnest months of my comedy career. Just another solid life lesson. Even in the darkest of times, life somehow still allows sun to shine down on you. I feel like those small moments of hope after something terrible happens in life are always the best. Similar to that huge gasp of air after being under water longer than you personal comfort level.

The only reason I’ve had the motivation to continue along this path over the years are due to moments like that. There have been several of those moments in my life. It’s the only thing that can keep you going when things aren’t going as planned. Those small but bright signs that appear right when you think it’s all over. They always seem to place themselves in the exact time you are able to see them the clearest. You know shit won’t be better tomorrow or the next day, but if you believe in the path your on, if you believe in the goals and dream you’re chasing, those small signs are the universe telling you to keep pushing.

As I write this today, I know at any moment the rug can be pulled out from under anyone at anytime. I'm thankful for the shit I've gotten myself into over the years as they serve as a constant reminder that nothing is certain, nothing lasts forever and life can bite you in the ass real hard when you're most comfortable.

The weirdest part about the whole repo thing was the ending. After a year or so of having a Myspace I was at an audition for the 2007 Latino Laugh Festival, at the HaHa comedy club, in North Hollywood. The repo squad that chased my ass for prob close to 2 years, started following my page and new I had the show. They were actually in the crowd at the audition and knew they had me. I happen to have a solid set that night and after talking to the repo guys on the phone a few days later to agree on a meeting spot to give the truck back, they told me how much they enjoyed the show and didn’t have the heart the take the truck that night. These fools actually let me drive home as they knew they could take the truck at any of my upcoming shows since I had no clue they had finally found my ass. Myspace bulletins about my shows, did me in.

Giving that thing back felt so damn good. That month I moved Downtown L.A. next to that cities corny ass train/subway system and lived without a car for 2 strong years. I lost the truck but passed my audition For the Latino Laugh Festival. You win some you lose some.