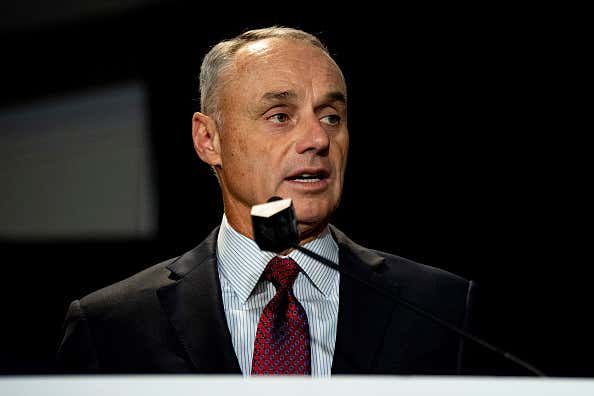 In the aftermath of the Houston Astros' sign-stealing scandal, MLB is looking to crack down on cheating. According to Sports Illustrated's Tom Verducci, the league is working with the players association on a variety of new protocols to prevent future incidents, hoping to enact changes by Opening Day.

Per Verducci, MLB has proposed that access to the dugout and clubhouse during games will be limited to players, seven coaches and necessary interpreters and trainers. Front office members would be banned from clubhouses during games.

Day late, dollar short.  I mean good for the MLB for attempting to fix this I guess?  But the damage has already been done.  I guess one good thing about it is we won't get fucking CREEP jobs like this piping iPhones into dugouts anymore: 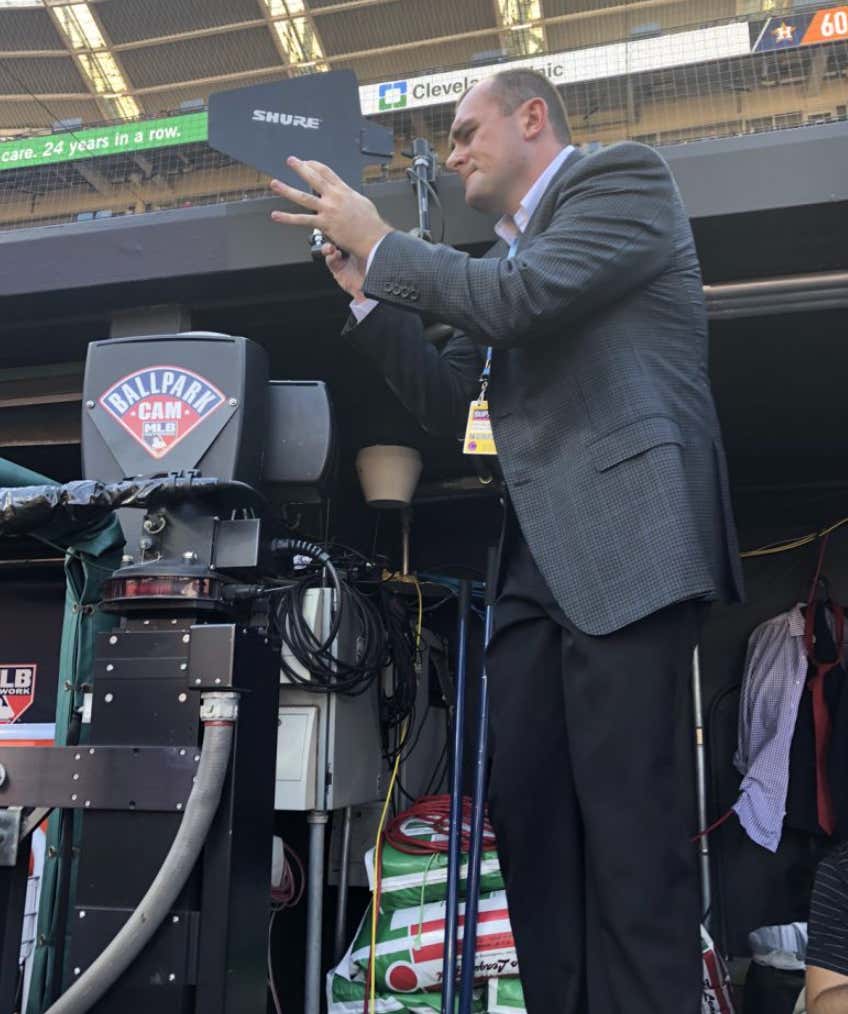 But baseball has an uncanny ability to evolve in its cheating ways.  Again, good on them for limiting clubhouse access and for putting teams' TVs on delays, but baseball will absolutely find a new way to gain an advantage.  From throwing World Series, to popping greenies, to railing coke, to steroids, to scuffing baseballs with belt sanders in The Naked Gun to piping cameras into catcher's dong pieces.  Only a matter of time before a team takes it too far again and baseball HAS to be ahead of the curve for when it happens.

Like... the Astros shit was so fucking obvious.  I've linked these tweets before but if a dumbass like me could have told you the Astros were doing something shady, how could it not be obvious to the people in charge of keeping the game clean?

But there were hardly any defined rules at all that told teams not to do that.  I'm not gonna dig through MLB's rulebook, but from what I understand the paraphrased rule was basically "don't use technology to cheat".  No real punishments defined, no nothing.  Because of that, they were forced to grant immunity to any player who came clean and told investigators what happened.  Because of that the punishments came off as weak, all things considered.

And don't be surprised when one of baseball's blue bloods gets outed for similar shit, and by similar shit I mean piping cameras from LF, CF and RF into the pitcher's glove to pick up pitch grips to relay to hitters.  Don't say I didn't warn you.

But what matters is this: Manfred and his crew look REALLY bad right now.  Every time he opens his mouth he digs himself into a deeper hole.  Take that from me, the king of digging himself into deeper holes anytime he talks.  But he has a chance to right his wrongs by projecting what will come next in terms of cheating.  MLB has to forecast whatever method that is.  Now, I'm still calling for the Astros to get popped for more shit, like doctoring baseballs to increase spin rate and horizontal/vertical movement and fucking with those same exact numbers in their minors system to amplify trade value, but whatever methods team(s) employ to cheat has to have a defined punishment written down before the violations occur.  No gray area, wishy washy "don't cheat" rules or bylaws.

If baseball doesn't do that?  We'll have ourselves a new scandal that makes our game look brutal sometime again in the next decade.  History will 100% repeat itself.  Time is a flat circle, as they say.