And just like that on March 2nd America's hero came waltzing into our lives. Meet Snacks, a manager for Jackson State, who checked into the game on Senior Night. Snacks loves two things and two things only - junk food and getting buckets. I also know what you're thinking and I can't confirm or deny that Snacks is 100% this guy from the Tacko Fall gif. I'm pretty sure he is, which would make him the greatest Internet sensation of our era.

Look at this shot too! That thing is wet. He had NO hesitation whatsoever. The man knew what he was doing when he was checking in. He was going to launch a three and then hit up the postgame snacks. Look at where he pulled from! 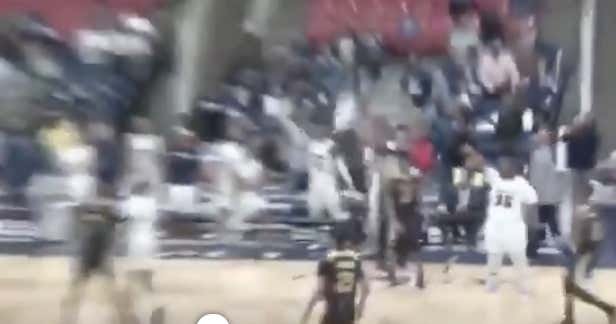 Steph Curry would dream of that. Perfect hand in a cookie jar follow through too. We also have to talk about the announcers. This is an A+ call. I think this might be Gus Johnson's cousin or something. The SNACKS scream after he drills the three gets me every time. My man could barely finish his sentence from laughing.

Fucking Snacks. We're all in on Jackson State running through the SWAC Tournament. I don't want, I need Snacks playing in a 1/16 game on Thursday of the NCAA Tournament.

PS: I haven't seen a man with Snacks as a nickname drop this fire on the court since the Snack God himself