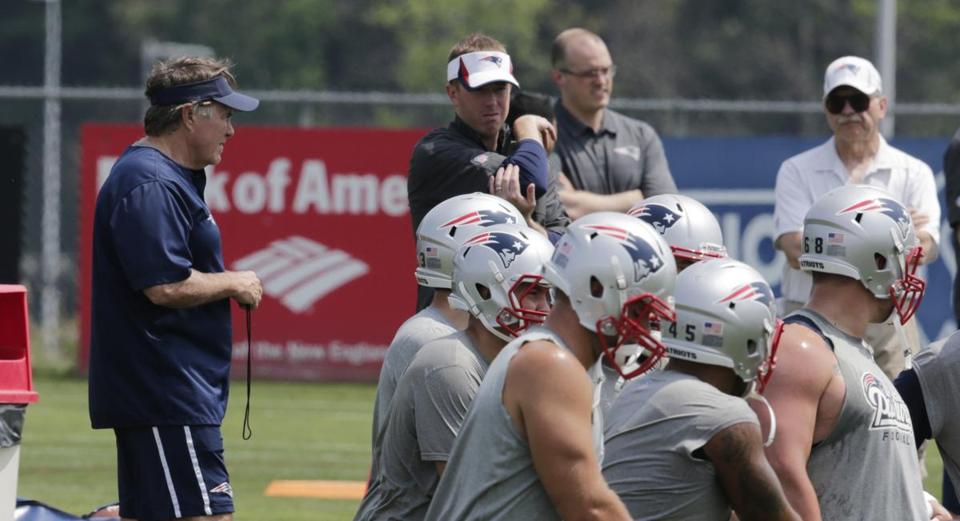 Example 1 – Towering cornerback Brandon Browner was soundly quiet during his first camp with the Seattle Seahawks in 2011, right up until he made a pledge with fellow corner Richard Sherman… “(Browner) told me one of the things I’ll never forget,” Sherman told the Herald last week. “He said, ‘They brought us in here — we’re both big, tall and long — to put our hands on people, to stand up toe to toe every play and put our hands on people, so that’s what we need to do every time.’ And he didn’t say anything else the whole camp to me… (the Patriots) know Denver’s receivers gave them problems with physicality a lot of times,” Sherman said. “Especially once Aqib (Talib) went out, they had trouble stopping them, and it’s a game of wills. The Broncos were able to impose their physicality on them, and I think Brandon will negate all of that, and have a countering effect, impose his will and play a tougher game.”… Sherman was fully onboard with the signing and believed the Pats could have the second or third best secondary in the NFL… “I think he’s one of the most dynamic and underrated players in our football league. Man, he’s a great teammate.”

Example 2 - Surely, few would scoff at the merits of advancing to three straight conference title games, but it’s not enough in New England. “It’s not good enough for me,” defensive end Rob Ninkovich said. “I personally hate losing that game. It’s one of the worst feelings ever. Then getting to the Super Bowl and losing is even worse than that. The ultimate goal for anyone in the NFL is to win the Super Bowl. Every single year, we’re trying to put ourselves in the best position to get back to that championship game that can get you there.” Revis was the biggest name to change teams this offseason, and the addition of Browner sent a message that Belichick wanted to return to a physical brand of press-coverage football. The Pats are also getting back a healthier Rob Gronkowski, Vince Wilfork Jerod Mayo, Tommy Kelly and Sebastian Vollmer, which obviously delights their teammates. While the Super Bowl goals are nothing new for Belichick’s crew, the players get a constant reminder every time they look to their left or right. They were built to win now…

Example 3 – All it takes is one four-minute press conference with Jimmy Garoppolo, and you realize why the Patriots fell in love with the kid. Garoppolo gets it… He has an impressive attitude and perspective for someone just 22 years old. June minicamp practices can often be laborious and thankless. It’s hot and humid, the season is still three months away, and what happens on the practice field rarely has much of an impact on what happens during the fall. Garoppolo, though, can’t get enough of it. “It’s gorgeous out today, had a great day of practice,” Garoppolo said with a big smile on his face, of course. “What else would you rather be doing?” Everything you hear about Garoppolo since coming to the Patriots as the 62d overall draft pick last month is cliché — the first guy to arrive in the morning, the last guy to leave, yadda, yadda, yadda. Except it’s all true. Garoppolo really is putting in a ton of extra time after practice with his receivers, and off the field…Garoppolo gives the perfect Patriot answers when asked about his progress over the past month. But he’s not a robot when he does it, like so many of his fellow players. He’s just cut from the same mold as Belichick and Brady. “You have to be consistently good, and not occasionally great,” he said… Practice was over, but Garoppolo’s workday was not. “Not even close to being over,” he said. The kid just gets it.

Forgive me for the three long excerpts; I edited as hard as I could.  And we usually don’t reprint anything this long but I beg your indulgence because I believe that we as a people need this right now.  It’s a scary world out there.  Full of war.  Sectarian violence.  Random killings.  Soccer tournaments.  And I can’t shake the feeling we’re in for a long summer of hopelessness and despair.  We could use some good news. Something to take our minds off all the suffering and turmoil and Kardashian babies.  Right now perhaps more than ever before.  And I’m afraid there aren’t enough Brock Holts in the world for the Red Sox to help much.  The Celts are rebuilding and the Bruins are letting go of beloved face-of-the-franchise guys.  So I offer these as a beacon of hope, to shine through the darkness and remind us that there IS something to believe in.  That there ARE better days ahead.  That while Boston has gone almost eight months now without a championship… which is almost too much to bear… the Patriots are doing their version of “I got this.”  The best player on the Super Bowl champs is saying not only that our new cornerback is going to teabag Denver’s receivers, but that we’ve got a Top 3 secondary.  Our outside linebacker is talking exactly like the Spurs did, saying that the whole team is bitter over how they let last year end and nothing will suffice but ending the Lombardi Trophy drought.  This team is built to win now, but they have a 22 year old future franchise quarterback waiting in the wings who’s obsessed with outworking and outpracticing everyone else and has a maturity well beyond his years, just like a certain QB who sits atop the depth chart.  If it sounds familiar, it should.  The Pats are partying like it’s 2001 all over again and it’s just what the doctor ordered.

It’s not often you get anything worthwhile out of June minicamp.  But this year the Pats are giving us hope.  And hope is a good thing.  Perhaps the best of things.  And no good thing ever dies.  @JerryThornton1