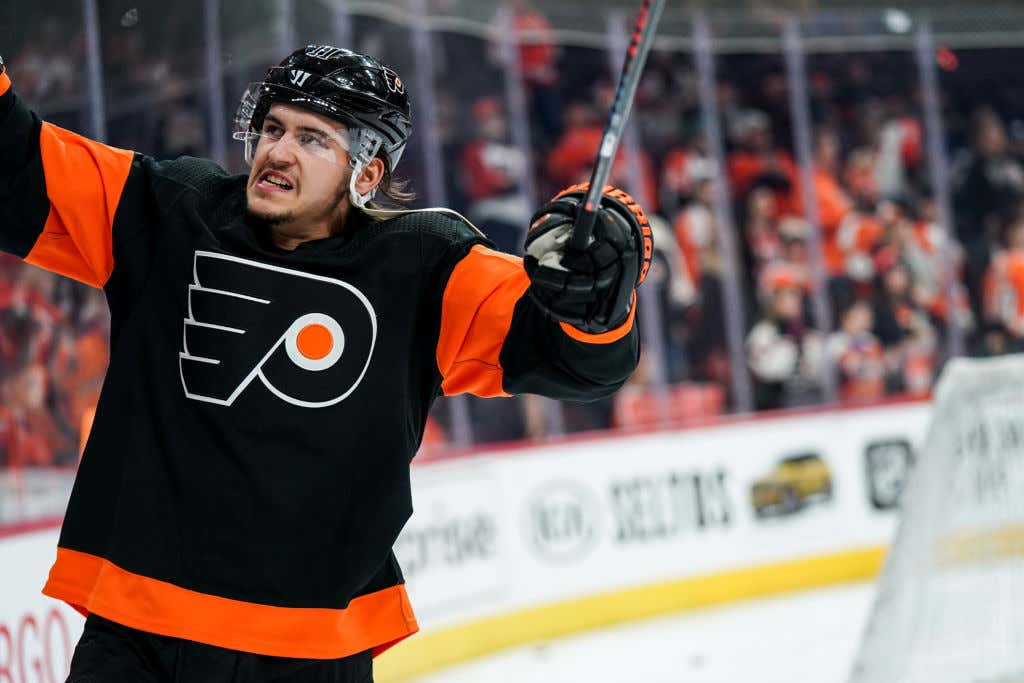 I know this may come as a shock to many of you but I'm actually not a huge analytics guy. You all look up to me as one of the smartest and most correct hockey writers on the internet, so I can understand your shock and disbelief at the fact that I never know how any of these numbers work. I guess I'd just consider my eyes to be my calculator.

So when this radial chart was being thrown around after the Flyers spanked the Rangers to complete their home-and-home sweep yesterday, I hadn't the faintest idea how any of these numbers were decided upon. Not a single clue how this model supposedly works. But guess what...

...Who gives a fuck, baby, because the Philadelphia Flyers are winning the Cup.

I've always been a huge analytics guy. I've been a supporter of the fancy stats since the day they were brought into the game. You can be a dinosaur all you want and act like they don't have any significance in the league but you'd be dead wrong, boomer. If the computers say that the Flyers are the best team in the league right now then there ain't shit you can say to disprove that. 6 wins in a row. Just burying teams that are under them in the standings and trying to sneak their way into the playoffs. They're getting production out of all 4 lines. Kevin Hayes has his own beer now in Philly. Travis Konecny and Scott Laughton are chirping guys to death.

I mean could you imagine having to play this team in the playoffs? Imagine having to go up against these guys in a series that potentially goes 7 games. You'd want to put a bullet in your brain after having to spend 3 games in a row on the ice with them, let alone making it all the way to 7. They're pesky as could be, they're a bunch of dick heads, and they are loading the back of the net up with rubber. I know that Dick Headedness isn't necessarily a fancy stat but they for sure lead the league in it. They might win every series in 5 games just because every opponent is going to get too sick of playing against them to go on.

And if the Flyers can make sure that my future son is in attendance for every playoff game?

Well then it's 4 straight sweeps.

I'm trying to remain calm and collected about this big wheel that I don't fully understand, but I at least know that 12.7% is larger than any number there in the center circle so you'll have to excuse me while I get my hopes higher than the Comcast building now.