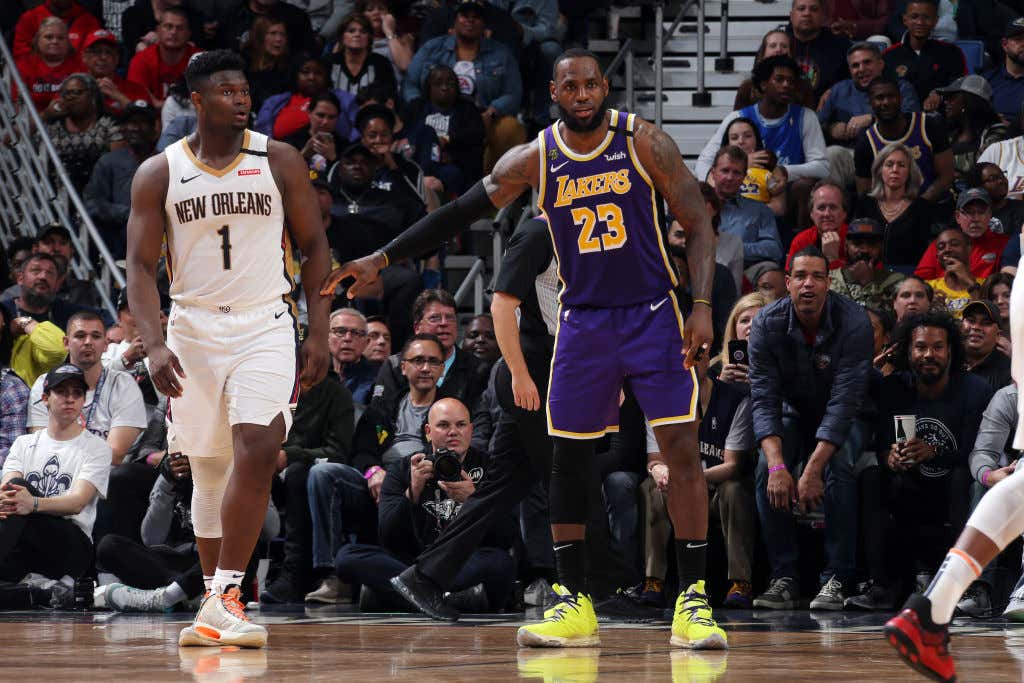 It's not often that the sequel lives up to how good the original was. Doesn't matter if it's movies or sports, things are usually a disappointment. For example I'm not a huge boxing guy but the general sense I got was that Fury v Wilder II didn't quite live up to what we saw the first time around. Well when it comes to the latest heavyweight battle in the NBA, LeBron vs Zion II was not only as good as their first meeting a few weeks ago, they took it up a notch.

Remember, the last time these two teams played less than a week ago we saw LeBron dig deep and throw up a 40/8/6 on 17-27 type of performance. It was clear that when going up against Zion, he was going to make a special effort to remind the young king who the real original king is. Granted they also had AD in that game which helped, but Zion wasn't too shabby either with a 29/6/3 performance of his own. After that game you could see why the league probably wants the Pelicans to catch the Grizzlies for that 8th playoff spot.

I said it after their game last week but it's starting to get impossible to hate on LeBron the basketball player with what he is doing in Year 17. I think this is now what, his 13th triple double? He probably won't get it because of what Giannis is doing in MIL, but there is no denying this man has to be no lower than #2 in the current MVP race. In Year 17. That's ridiculous and even someone like me who has spent the better part of his entire adult life despising this man can't ignore what my eyes are seeing. He was a monster.

But like all awesome heavyweight fights, the other side has to show up, and that's exactly what Zion did

How about a 35/3 night for Zion on 12-16 shooting and 11-13 from the FT line? Against a Lakers defense that is actually pretty good (we have to mention AD didn't play though)? Yeah you can sign me up for that right this goddamn second. As a team they short of ran out of gas in the fourth quarter with only 19 points, but they're a young team, that shit happens. Maybe don't get cooked by Kyle Kuzma of all people and things turn out differently, but that's not the point of this blog.

I was also curious how much these two even guarded each other, and per NBA.com's tracking data this is what we have

basically the same shit. I don't know what is more impressive, that at his age LeBron could actually handle the monster that is Zion, or that at Zion's age he was able to handle a highly motivated MVP candidate LeBron.

As of now the Pelicans sit 3 full games behind MEM for the 8th spot, which makes the Lakers random loss to MEM all the more suspect (are they dodging the Pelicans already???). They are still in an OK spot with the Grizzlies having the hardest remaining schedule, but the Kings and Spurs are also right there at 3 games back. After two games with Zion active it's pretty clear that this would be a more interesting 1 vs 8 matchup, sorry Grizzlies fans but that's the truth. You can always tell what LeBron thinks of a team based on how hard he tries, and seeing as how two of his best performances have come agains Zion, that's not an accident. Give me a playoff series between these two, even if it only lasts 5 games. You want to save the ratings? There ya go.