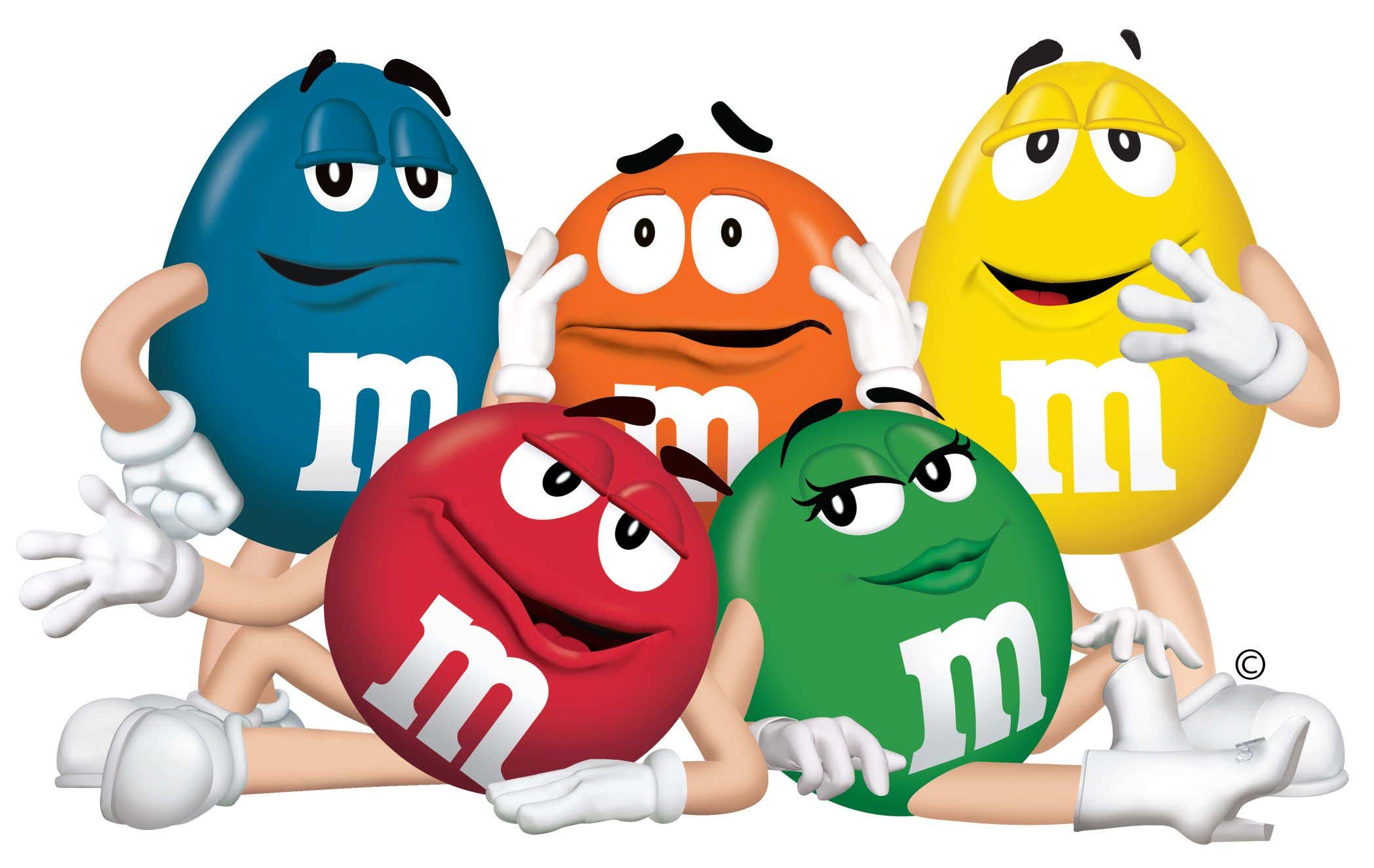 M&M's fascinate me. One of the most simplistic candies in the game and yet I'd argue they have no rival at the top. Not Snickers. People can't even pronounce Reece's correctly. And outside of its dominance in the candy aisle, no delicious snack treat comes even close to their caliber of commercial. And these commercials are where we got to see the personalities of these candy coated chocolates we've been shoveling down our gullets. Morbid? Most certainly. But we don't have time to psychoanalyze why commercials started being so pro-cannibalism the last decade (looking at you, Poptarts.) But I do have plenty of time to tell you what your favorite color M&M says about you, as a person. Think of it like Astrology that doesn't suck.

You view yourself as the leader of your respective friend group. You think you're much smarter and funnier than you actually are. You're short and boisterous, Napoleonic tendencies like you read about.

You're an absolute fucking moron. Maybe the dumbest person alive. The Lenny to Red's George. You're a big oaf who meanders through life with your head in the clouds, not a worry in the world, and things mostly work out for you despite your own incompetence. It's me. I'm the Yellow M&M.

Holy shit what a cool guy. Sunglasses AND a saxophone??? Basically Bill Clinton on Arsenio Hall. It's hard for you to breathe since you're constantly drowning in multicolored, hard-shelled pussy. This is the PeeWee Longway/Billie Eilish of the M&M world. Red aspires to be Blue but could never fill his shoes in a billion years.

You're Ben Simmons, in the sense that you're a massive coward. You overthink everything. You're afraid of your own shadow. You don't know your place in the world. Everyone else has defined roles and there you are, shivering in the corner like you just stepped out of a cold shower. Grow up, Peter Pan.

You dirty little minx! You're Zooey Deschanel in "New Girl," as you've got that naughty librarian thing going on and you live exclusively with men. You over-sexualize any and all situations for no reason at all. Even advertisements for candy designed for children and fatsos like myself.