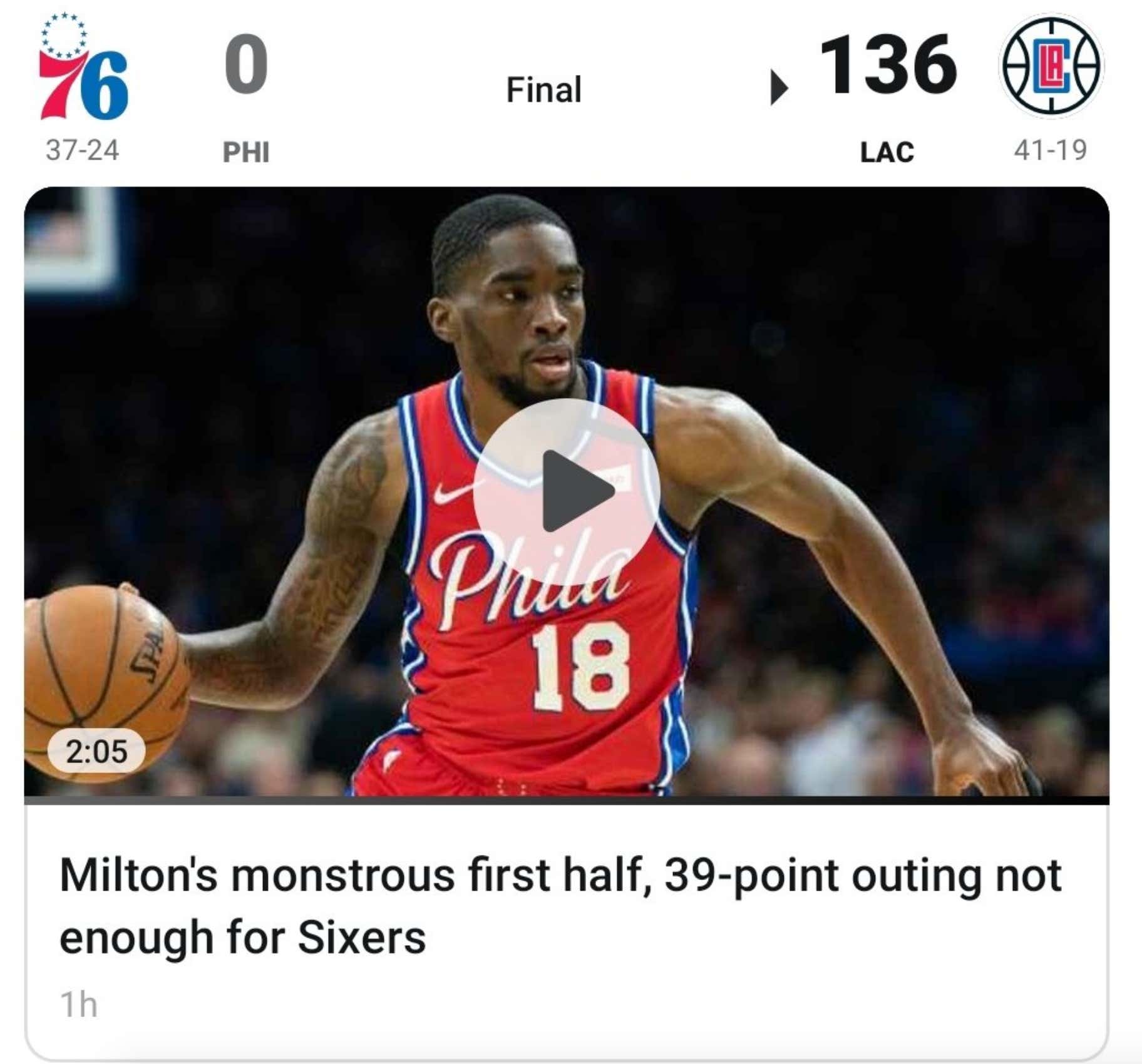 *Above image has scoring error.  I think.

The Sixers lost today in LA because, well, when can't even beat the damn Cavs in Cleveland, there's no way you're gonna win against the Clippers at the Staples Center without Ben and JoJo.  That's just not how reality works, even though they came out hot and fought the good fight for the entire game before losing 136-130.  The heart was actually pretty damn impressive today, which is amazing because they usually leave all four chambers in South Philly before going on the road.  Even so, that's now 8 in a row dicked away from home, and you probably should expect an equal to worse spanking on Tuesday against the Lakers.  9-22 on the road...28-2 at home.  How in the name of Zeus' BUTTHOLE, can a team possibly be a NBA best 28-2 at home, yet be that inferior on the road. A remarkable case of futility, indeed.

39 points today, following up on efforts of 19 and 20 points.  Oh, and he also tied a NBA record of 13 consecutive made three pointers which is actually cool.  Shake's now 43% from behind the arc for the season.  Can he stay this consistent?  Sure can't.  But hopefully the 2nd round pick, G League warrior can provide the scoring spark off the bench once playoff time arrive and, who knows? Maybe this team can actually win a game outside of the state of Pennsylvania.

Let us discuss further.  Join the chat live on Twitch.