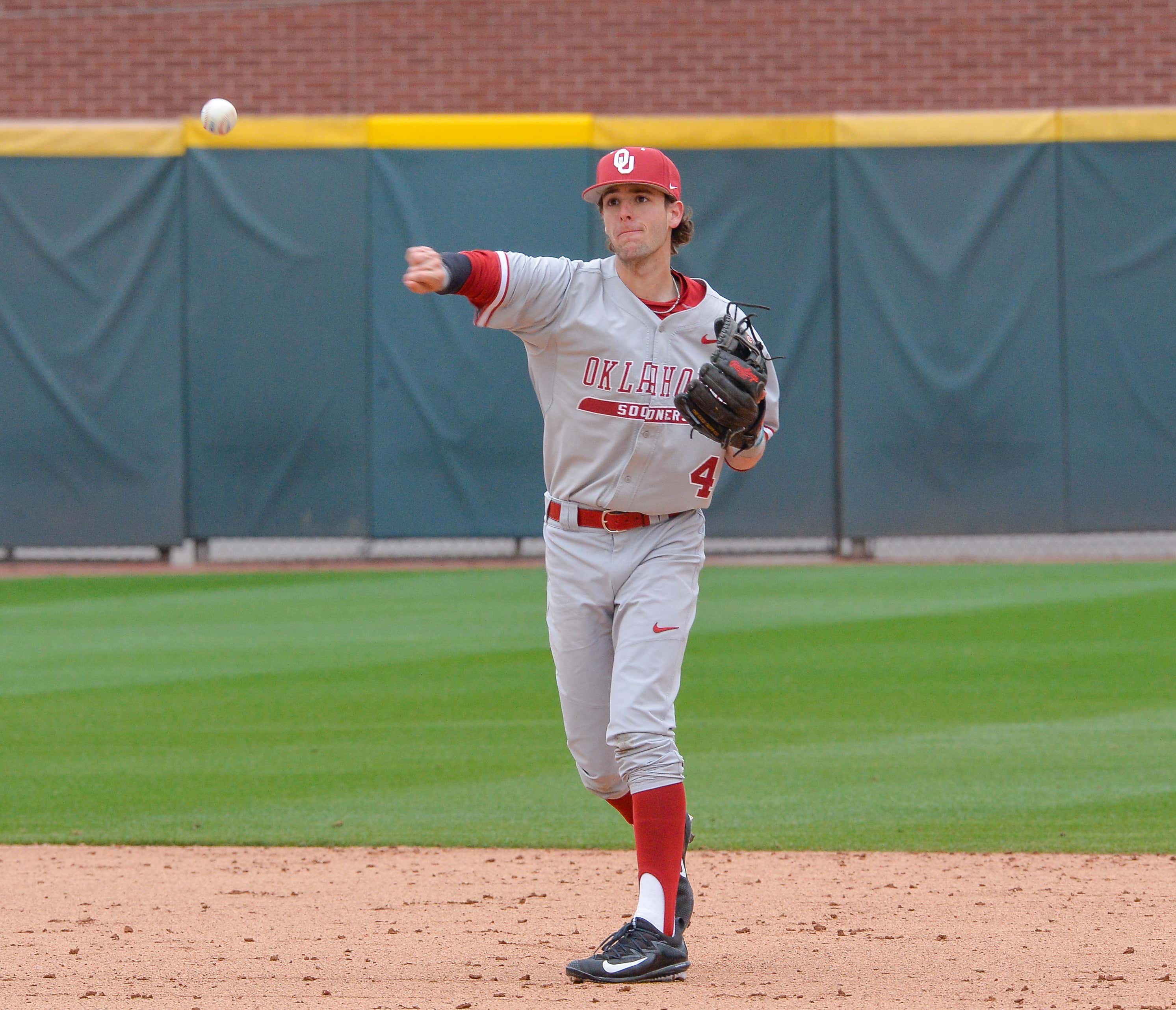 We've turned the calendar to March, which means college basketball has taken center stage. But that doesn't mean we can't still pay attention to the baseball diamond, too. There was a ton of important action across the country during the third week of the season, so let's take a look at the top stories from across college baseball.

Top Stories of the Week

No. 22 Oklahoma, Texas and Baylor met No. 6 Arkansas, No. 11 LSU and Missouri for a series of SEC-Big 12 matchups this weekend at the Shriners Hospitals College Classic in Houston.

The Sooners certainly made the most of their opportunity, going 2-1 with wins over Arkansas and LSU — and oh yeah, the Tigers didn't get a hit. Dane Acker went all nine innings for OU on Sunday, striking out 11 in his no-hit masterpiece against LSU.

Despite an 8-7 loss sandwiched between wins over the Razorbacks and Tigers, there was not a more impressive weekend in the country than the one turned in by Oklahoma. The Sooners look like they'll be right there with Texas Tech as the team to beat in the Big 12 and a real threat to get to Omaha.

It was not a fun week to be a baseball fan in Starkville, Miss.

The week got off to an atrocious start when No. 8 Mississippi State dropped a mid-week game to previously winless Texas Southern at home on Tuesday. The Bulldogs then travelled to Long Beach State for a three-game set with the Dirtbags this weekend, where they lost two of three.

Mississippi State will still definitely be in the SEC West race this season, but there are certainly some holes on that team to be exploited.

UCLA Remains the Class of the West Coast

As impressive a performance as Oklahoma had in Houston, UCLA had an equally great weekend elsewhere in Texas at the Frisco Classic.

The No. 10 Bruins went 3-0 on the weekend, beating Oklahoma State, No. 18 Texas A&M and Illinois by a combined score of 43-8. A year removed from a 52-11 season and a loss in a home Super Regional, it looks like this Bruins team could be poised to take things a step further in 2020.

Five homers in a day ought to do the trick.

In a doubleheader against Fort Wayne on Saturday, Gonzalez went 5-10 with five home runs and nine RBI. Gonzalez is one of the top two or three college bats in the 2020 MLB Draft class and will almost certainly be a top 10 pick.

Play of the Week: Tulane No-Hitter

I know it's not exactly a "play," but the Tulane pitching staff deserved some recognition for their outstanding performance against Middle Tennessee State.

Braden Olthoff, Clifton Slagel and Keagan Gillies combined to keep the Blue Raiders out of the hit column on Saturday in a 2-0 win for the Green Wave.

Uniform of the Week: Ole Miss

I could have used this at any point during the season, but today seems as good a time as any. The Ole Miss powder blues are in the running — and in my opinion probably the frontrunner — for the best uniform in college baseball. Just a classic look.