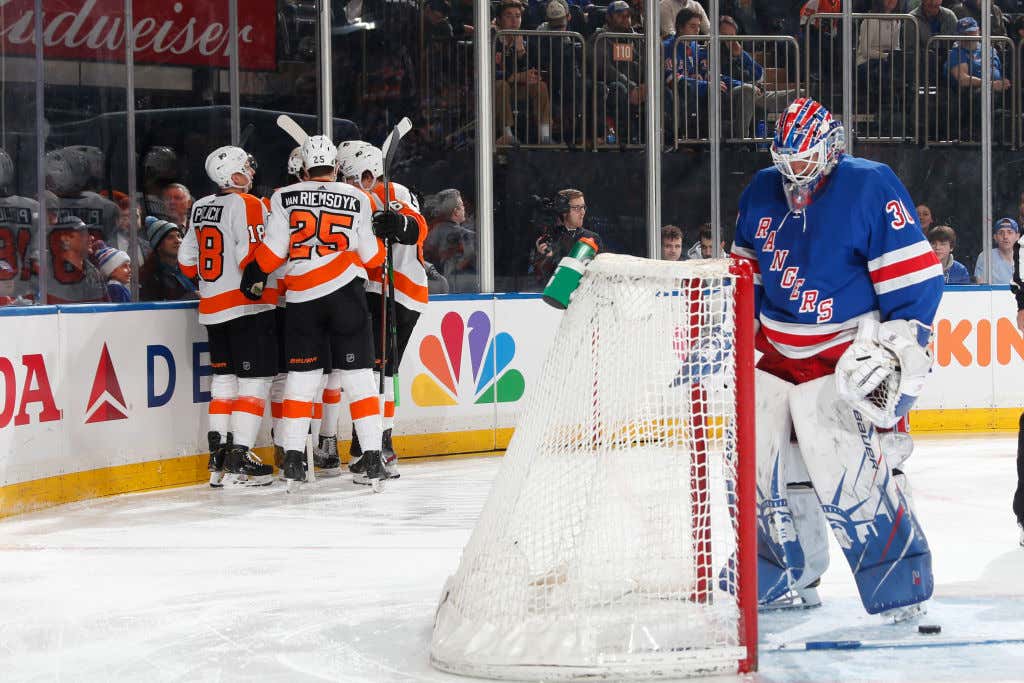 This was simply the difference between the adults in the room, and those who need to stay at the kid's table. The New York Rangers have been on a cute little playoff push here over the last few weeks. Real great stuff, inspiring even. But every once in a while you need the old bull to step in and humble the young calf. And that's exactly what went down over the last 72ish hours between the Flyers and the Rangers.

Not only did Philly beat the piss out of New York on Friday night, but they turned around on the second leg of the home-and-home, marched into the Garden this afternoon and completely dismantled the so-called King and the rest of that organization.

6 wins in a row for the Flyers. They're just 1 point behind Washington now for the top spot in the Metro and continue to push the bubble teams further and further away. It's just been pure, hard dick hockey out of this team and you can tell they're already playing playoff hockey here. By the time the actual playoffs roll around, this wagon is going to be Charlie's Angels II: Full Throttle.

I mean for New York to come out today and find themselves in a 5-1 hole less than 48 hours after this had happened to them the game before...

I don't know if that says more about the Rangers or more about the Flyers. I think it says a ton about both though. The Rangers are a team that went on a nice little run recently but they're not a legitimate playoff squad. The Flyers are a bunch of shit kickers. They're going to bully you in every single aspect of the game and there's nothing you can do about it. And as if getting bullied by the actual team wasn't enough already, our fans who can't even get into a PG-13 movie on their own yet are going to dominate your life as well.

Fucking love this kid. I'm looking into adopting him now.

Boys are buzzin. Now or Never.