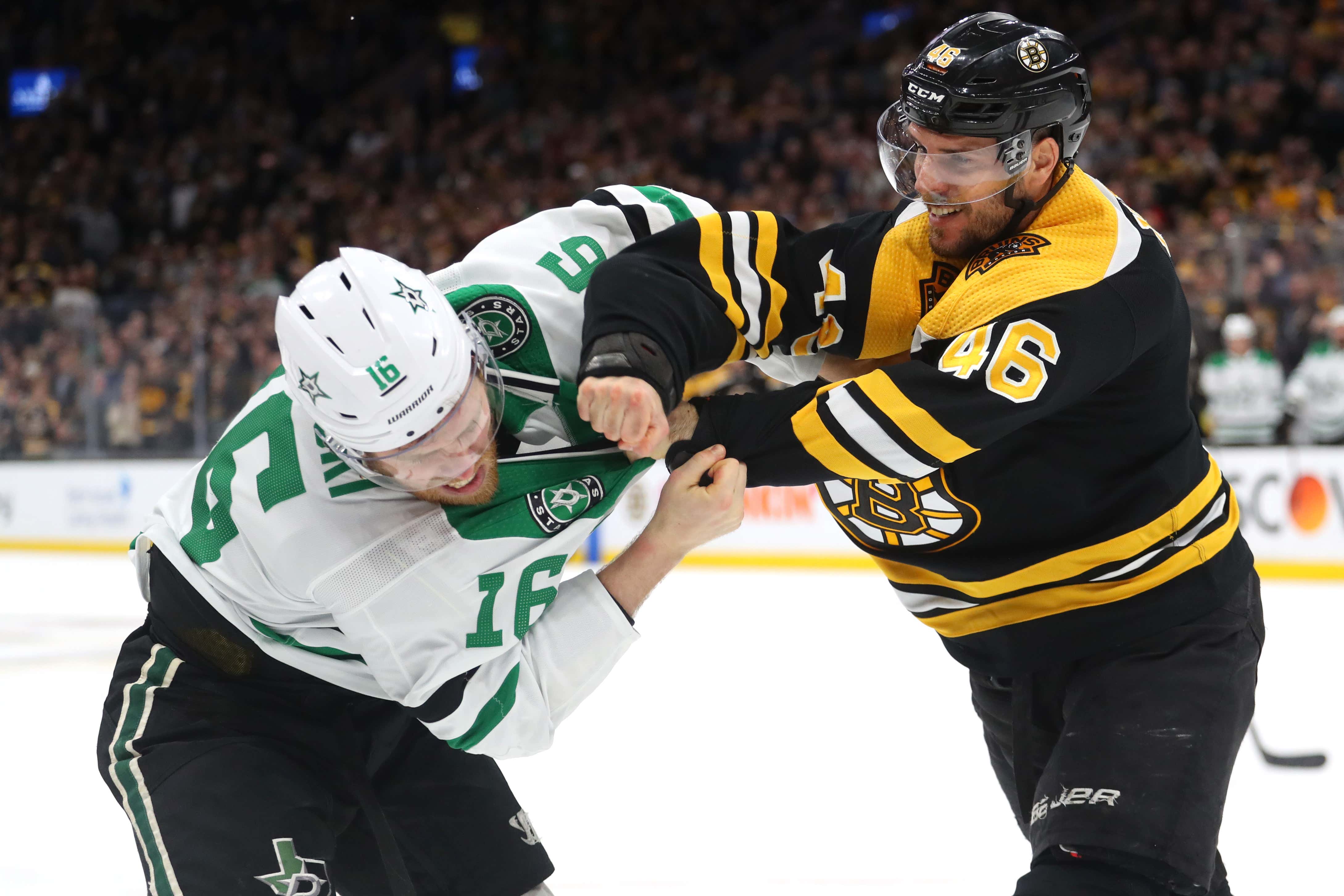 The B's are officially back in the win column thanks to a gutsy 4-3 win against the Dallas Stars.

The Stars opened the scoring with a PPG. 1-0.

Put Charlie Coyle on the hands team. He tied the game late in the 1st on the PP. 1-1.

Charlie McAvoy with a beautiful set up to Brad Marchand late in the 2nd. 2-1 Bruins.

Nick Ritchie is a Boston Bruin. His first goal in the Spoked-B. 3-1 Bruins.

David Pastrnak finished a give and go with Nick Ritchie to regain the 2 goal lead. 4-2 Bruins.

With the goalie pulled, Miro Heiskanen pulled the Stars within one once again. Halak made the initial save but Heiskanen followed up the rebound. Bad bounce for Jaro but nothing he could do, looks like it went off Chara. 4-3 Bruins.

- We got out first look at Ondrej Kase as a Bruin. Skated alongside Krejci and fellow former Duck Nick Ritchie. By the end of the game we saw a bunch of different line combinations. Thought he had some good shifts, you can tell he still needs to get his feet under him from not playing for the last 20 days.

- Speaking of Nick Ritchie, he got his first as a Bruin. Wasn't the prettiest but they all count the same. Picked up an assist too on David Pastrnak's goal in the 3rd. Not too shabby.

- Not a great night for Anders Bjork who got benched in the 2nd.

- I have loved Wagner's game these last few tilts. The Bruins now have options for the bottom six with Kuhlman, Nordstrom, Blidh and Lindholm, but Wagner has deserved to stay in these last few games. He didn't finish the game with a suspected upper body injury. So we'll see what Cassidy says.

- Make it 46 for David Pastrnak. 4 away from hitting 50. Didn't finish college but pretty sure that math is correct. No Bruin has hit 50 since Cam Neely did it.

- Fuck, is Dallas a talented team. Would be quite a series if these two teams met in the SCF.

- Jaro Halak with the 31 save performance. He's won 6 straight games.

B's are back on Saturday as the head to Long Island to take on the Islanders. I'll be at the game with Borrelli. Come say hi before the game in the parking lot!