The Undertaker just set up his next WrestleMania match over in Saudi Arabia at WWE Super Showdown, and contrary to what Smitty's gaming buddy would have you believe...

...it isn't gonna be with an E-Gamer. Never in a billion years would that happen.

Instead, it appears Dave Meltzer's reports were true that The Undertaker will be taking on AJ Styles, as he just made a surprise appearance to chokeslam and pin him for the Super Aggro Crag. 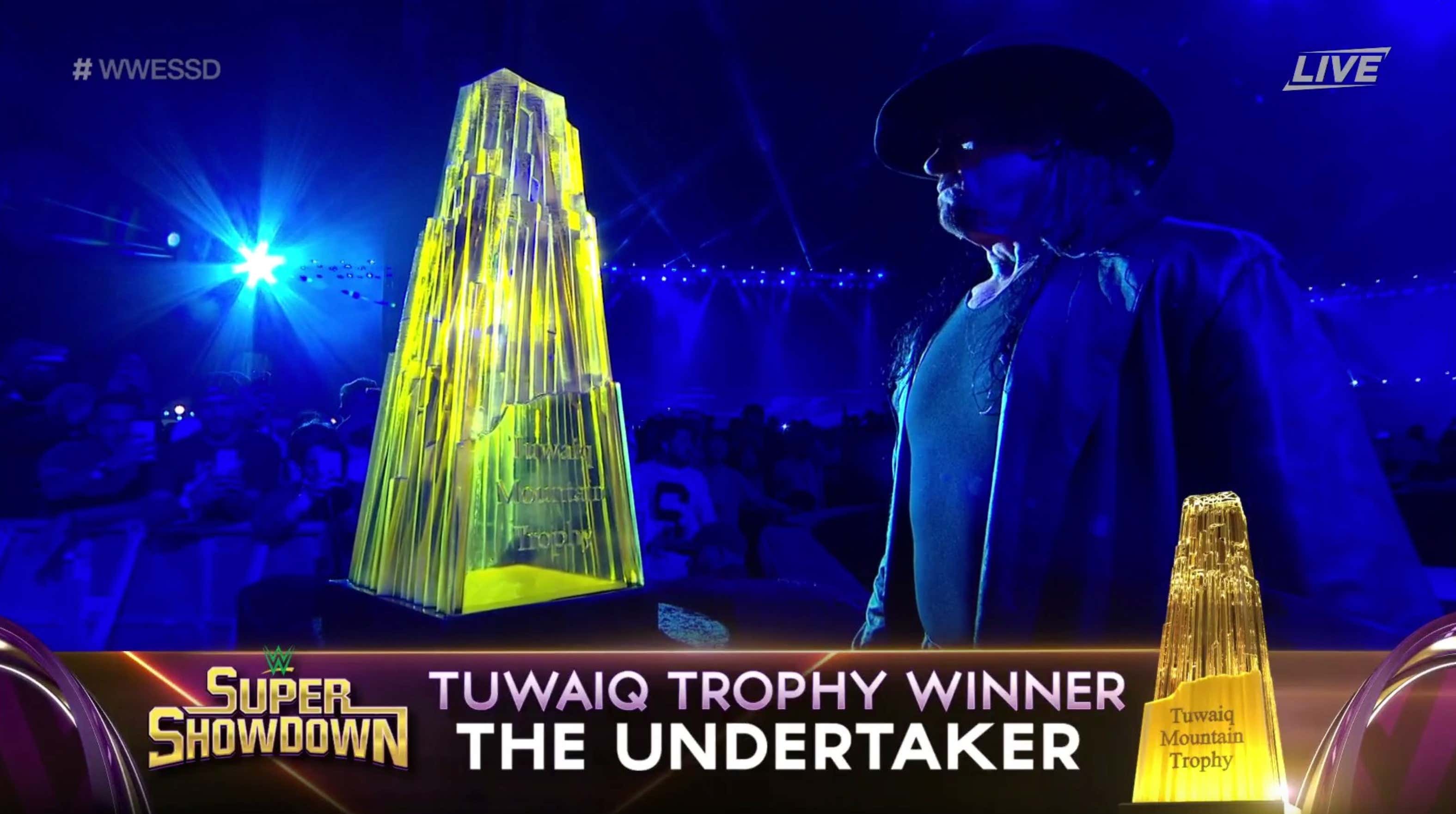 I think you all know how I feel about The Undertaker at this point. I have the utmost respect for him, his career, what he has done for the business, all of that shit - but I just never want to see him wrestle ever again. (Unless he returned as the American Badass, of course.)

These days, when The Undertaker wrestles, it looks like this...

Taker has long said that his worst fear is "becoming a parody of himself" - in my eyes, he doesn't realize he's been living out that fear for years. I mean - he retired! Dropped his shit in the ring and left!

So I guess we'll see if AJ Styles is able to bump himself into a watchable Undertaker match come April. If anyone could do it at this point, it's probably him! I hope they don't take up too much time on the card.