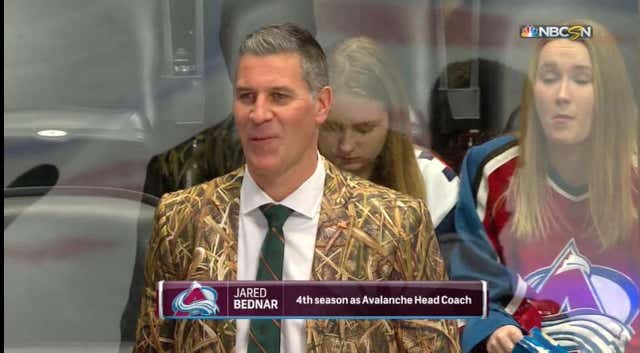 It's been a well known fact for centuries now that NHL coaches are the best dressed coaches in all of sports. MLB managers think they're actually playing and have to manage in full uniform like a bunch of dorks. Until they let Andy Reid start to coach in a Hawaiian shirt, NFL coaches just look like they stole some gear out of the team store before heading out to the field. NBA coaches are alright but there's not enough swagger to them.

And then we get to Jared Bednar, head coach of the Colorado Avalanche. The 47-year-old silver fox from Saskatchewan always looks great behind the bench in Colorado. His suit game is always strong. There's never a single hair out of place on his head. I mean the man looks like he could have just received a government bailout on Wall Street. But he's also a good ol' boy from Saskatchewan so he doesn't always want to just give off that Jordan Belfort vibe. So for Military Appreciation Night last night at the Pepsi Center, he went with the Tom Ford F-250 Super Duty. 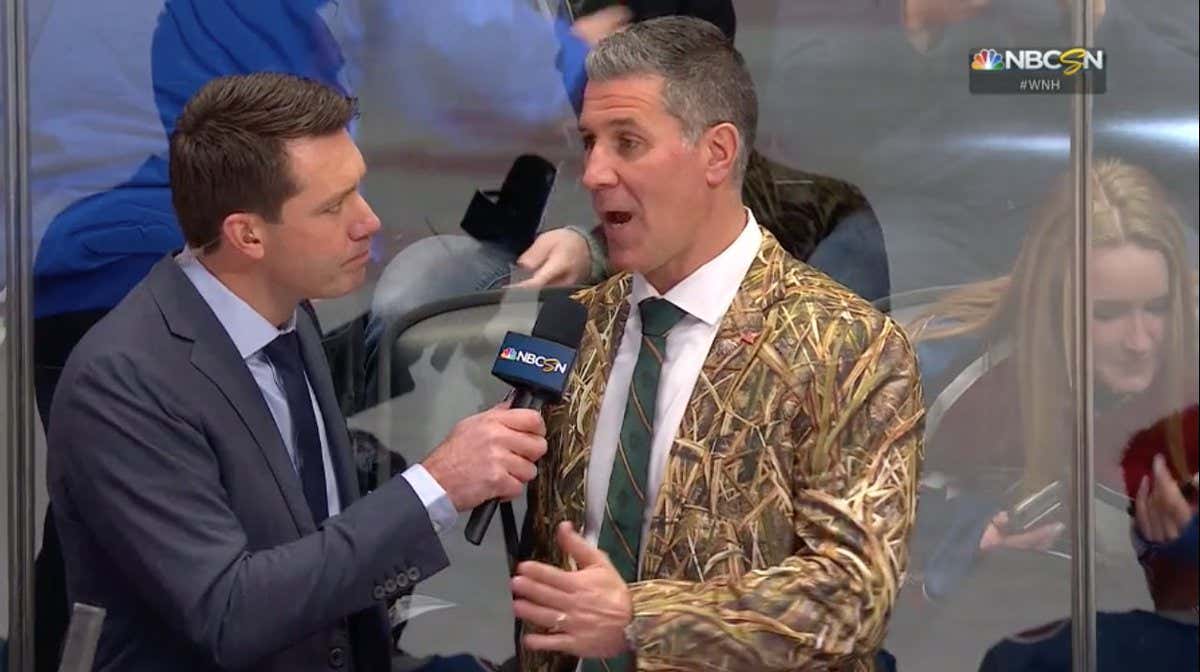 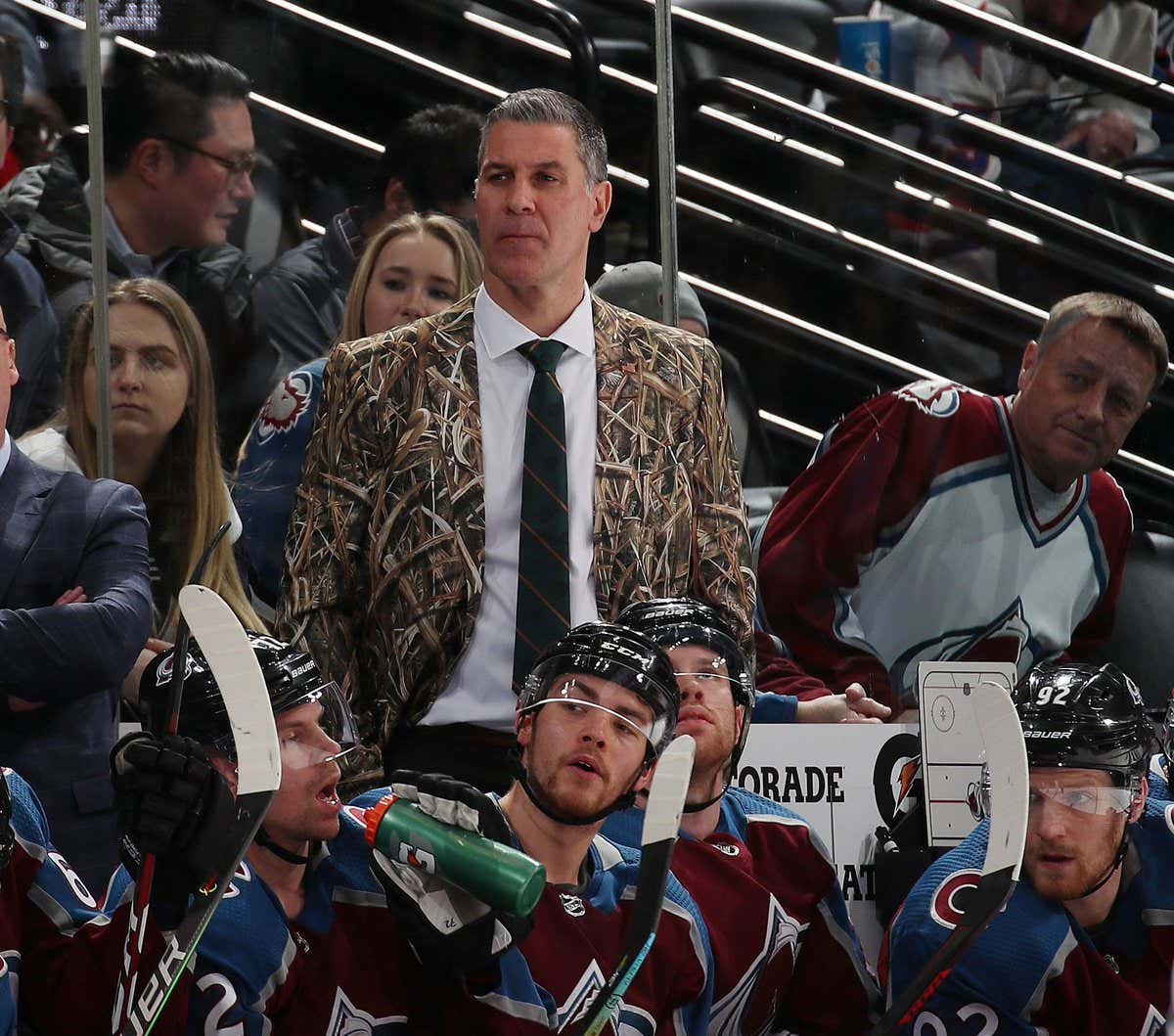 When you've got a game to coach at 7 but a Big Buck Hunter tournament at 9:15.

Look good, feel good, coach good. And when you look this great? The rest just follows. 4 straight wins for the 'Lanche. The boys can just coast through these last 20 games into the playoffs now.

Sidenote: I'll never forgive Carter Hutton for robbing us of this Nathan MacKinnon highlight. Unreal speed, unreal sauce, just a real jackass move from Hutton to keep this one out of the net.