The world tour of the Chicago White Sox and New York Giants comes to an end, with a royal audience as King George V and Queen Mary of Teck are among the 20,000 spectators at Old Chelsea Field. The King would see a thriller, as the White Sox won 5-4 in 11 innings on a home run by Sam Crawford. The teams began the tour in October, playing 46 games with the White Sox going 24-20 with two ties.

The world baseball tour began after the 1913 World Series. It was the brainchild of Chicago White Sox owner Charles Comiskey and New York Giants manager John McGraw, who both looking to grow the sport of baseball. The Giants had played in the World Series after finishing 101-51 losing to the Philadelphia Athletics in five games, while the White Sox posted a record of 78-84. Both Comiskey and McGraw financed the trip without the aid of sponsors. This was the second world tour for baseball, as Al Spaulding took players on a tour of Europe and Australia in 1889 offseason. This tour was done in honor of the 25th anniversary while looking to bring baseball to more locations around the globe.

While the teams wore uniforms of the New York Giants and Chicago White Sox, they more resembled All-Star teams from the American and National Leagues, as players were not required to make the journey. This led players from other teams to join the five-month journey, including Tris Speaker of the Boston Red Sox and Sam Crawford of the Detroit Tigers, who played for the White Sox. Meanwhile, Lee Magee of St. Louis Cardinals and Mike Doolan of the Philadelphia Phillies were among the NL players on the Giants. One quirk of the tour was Red Faber, a member of the White Sox who played with the Giants due to a shortage of available pitching for the National Leaguers. 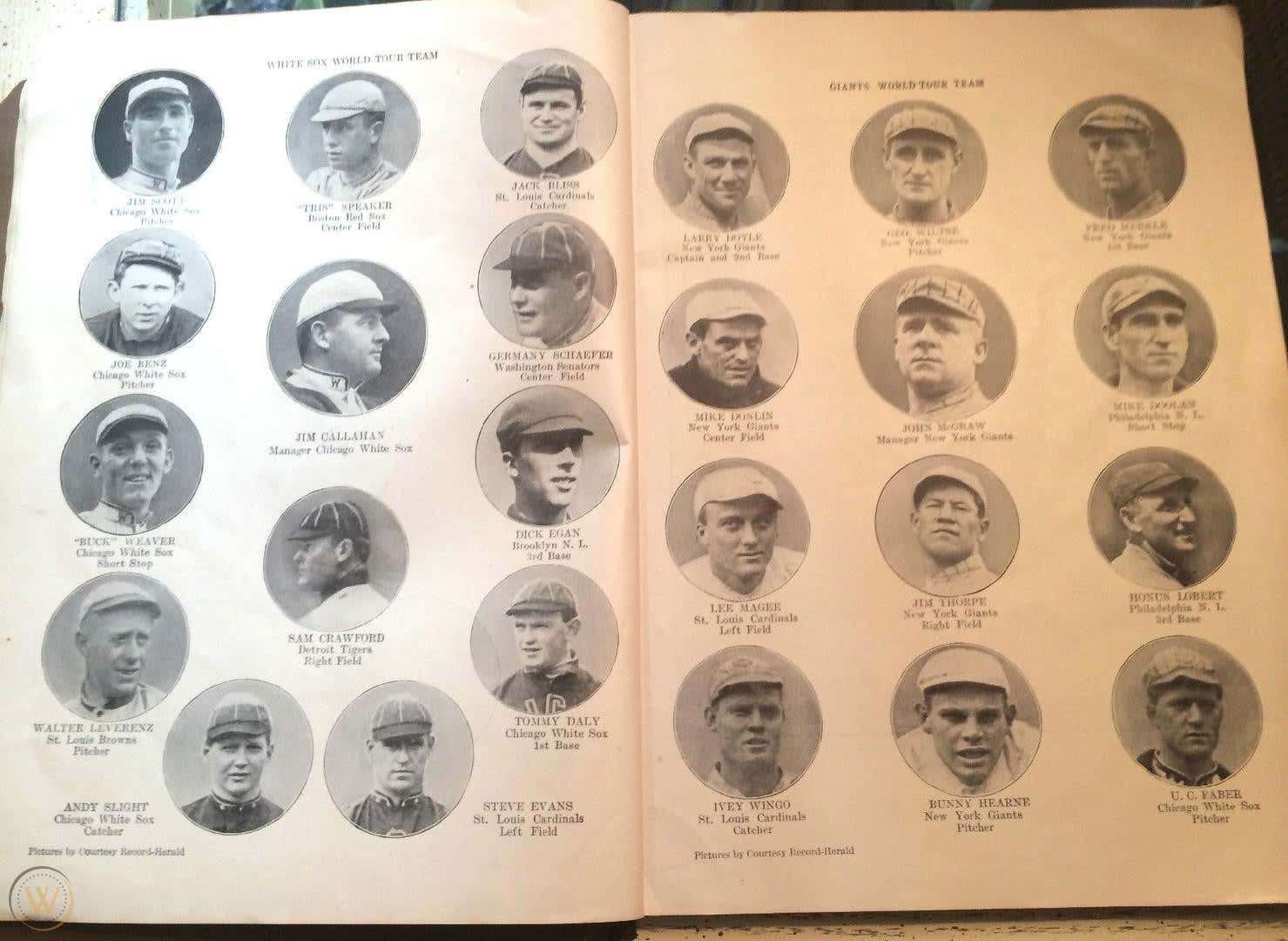 The tour began on October 18th, one week after the conclusion of the World Series with the Giants and White Sox playing in Cincinnati with the Giants winning 11-2. The following day the tour made a stop at Comiskey Park, with New York winning 3-1 as the first month was spent going west and making several domestic stops in the United States. This included stops in big and small towns, as games were played in Kansas City, Sioux City, Dallas, Houston, and Muskogee. The domestic tour wrapped up with a trip up the Pacific Coast, including Los Angeles, San Francisco, Oakland, and Portland, while a stopover in Seattle was naturally canceled due to rain on November 19, 1913. 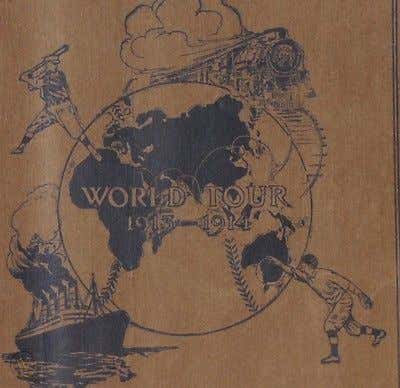 After the rainout in Seattle, the Giants and White Sox set sail on the Empress of Japan to make their first stop in Tokyo. On the way to Japan, the teams ran into rough weather, courtesy of a late-season, typhoon. On December 6th, the White Sox defeated the Giants 9-4. The following day, the teams combined to take on a local team from Keio University. The American Professionals won the game 16-3. Rain would be an issue in Asia, as a game in Shanghai was rained out, while the Giants won a rained shortened game in Hong Kong on December 14th. From there it was on to Manila, where the White Sox won a pair of games.

After the Philippines, the teams headed towards Australia aboard the steamship St. Albans. It was aboard the St. Albans that the players celebrated Christmas with a tree on board as they gathered to sing Christmas Carols and went swimming. On New Year’s Day after a two-week travel and Christmas break, the games resumed in Brisbane, with New York winning 2-1. The teams would play nine games over eight days, moving on to Sydney and Melbourne, before continuing Westward to the Middle East, which included a stop in Ceylon (Sri Lanka) after traveling on the HMS Orontes. 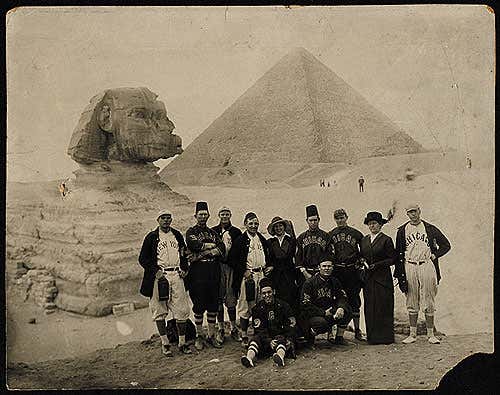 On February 1st, the Giants and White Sox reached Cairo and played a pair of games in the shadow of the Sphinx and the Great Pyramids. The first game in Egypt ended in a 3-3 tie in the tenth inning due to darkness. The following day saw the Giants record a 6-3 win. Egypt proved adventurous for the party, as Jack Sheridan, who was one of the umpires on the trip, got lost in Alexandria and did not catch up with the rest of the traveling party until the end of the road in London. 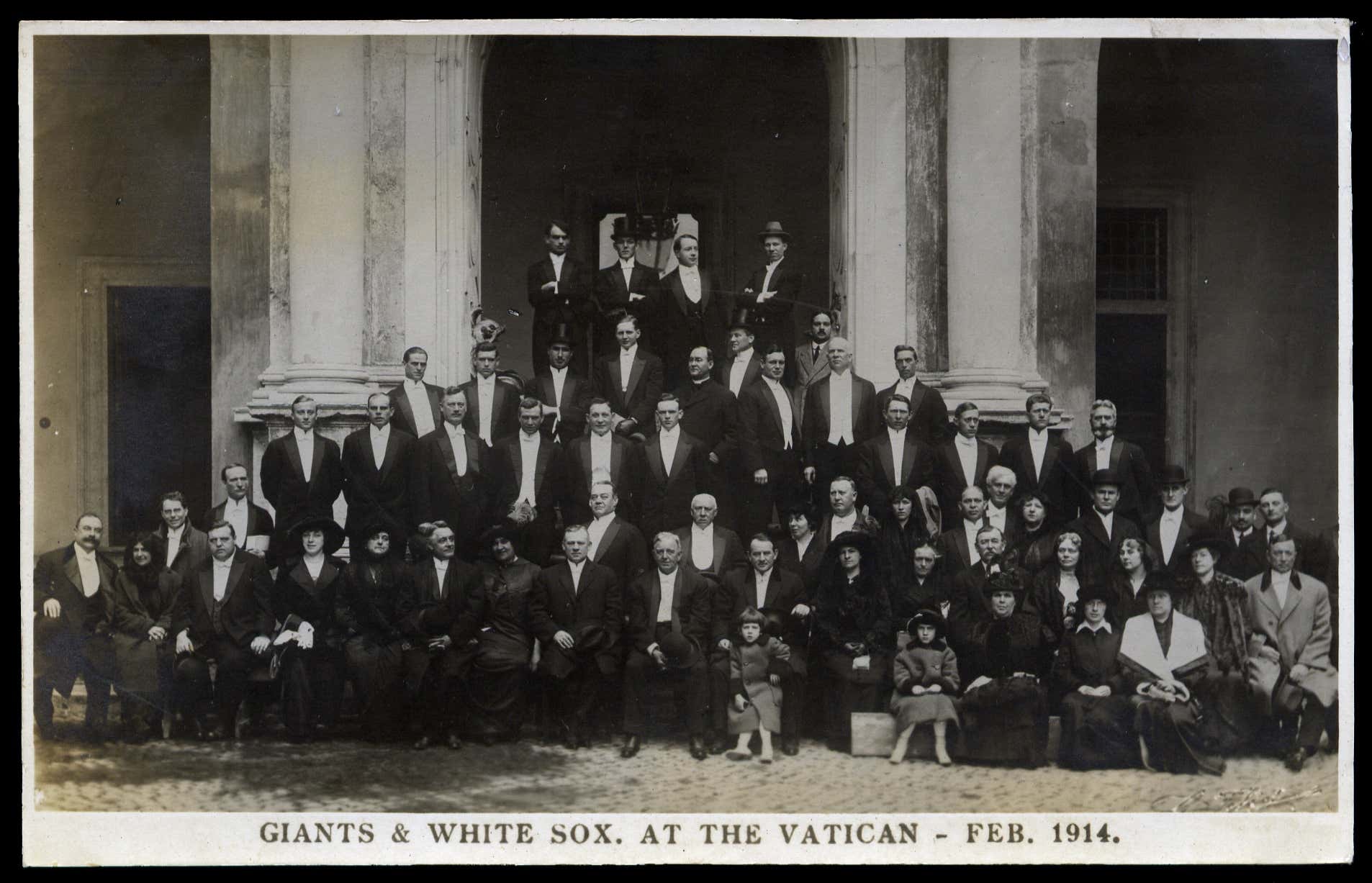 After Egypt, the tour reached Europe where rain would spoil the games as the trip to Naples and Rome ended up getting washed out. Italy was not a total loss, as the players were granted an audience with Pope Pius X while in Rome. The teams were able to place in Nice on February 16th, with the White Sox recording a 10-9 win. However, four games in Paris were all washed away before they headed for the last stop in London. Following the White Sox win in London, King George V sent a message that he enjoyed the game enormously. 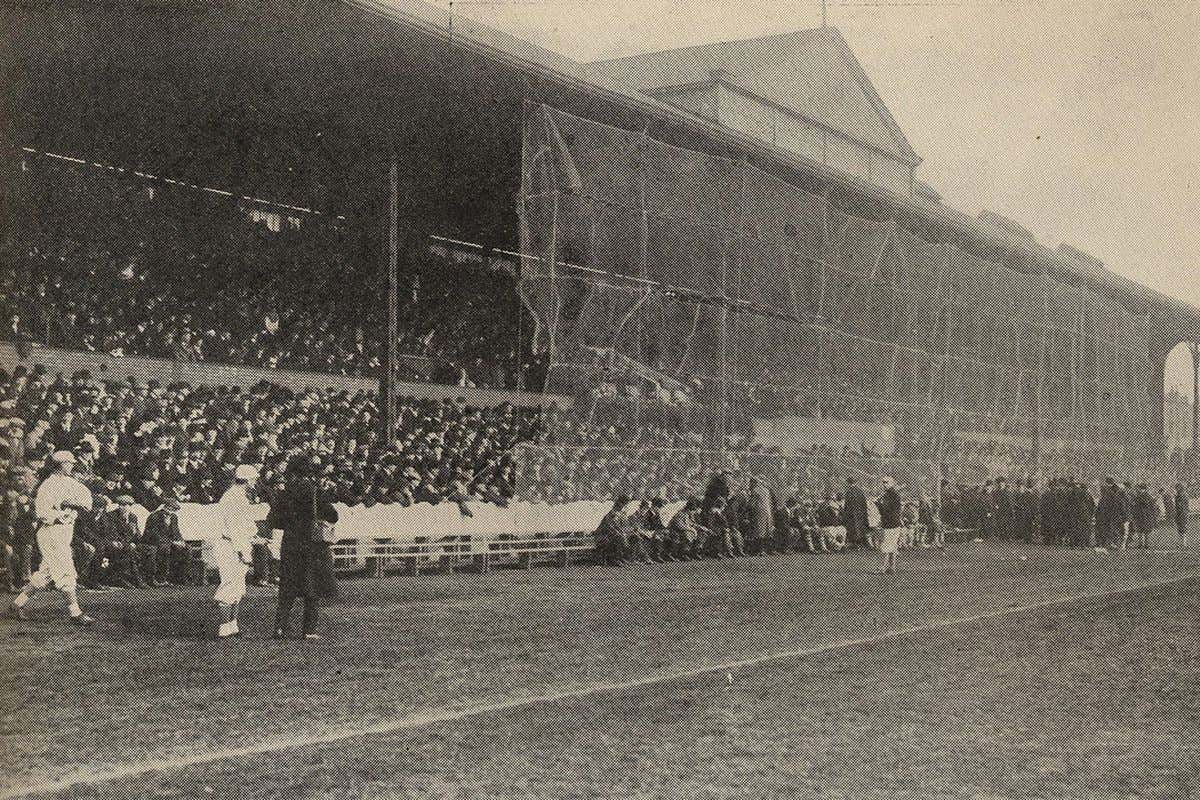 After arriving home, the players were greeted with a banquet in New York City on March 7, 1914, with a second banquet in Chicago three days later. From there, the teams went on to Spring Training to begin preparing for the 1914 season. Both teams had their struggles in 1914, as the White Sox finished 70-84, while the Giants, after winning three straight pennants, finished in second place at 84-70.

The Giants-White Sox world tour ended mere months before the start of World War I, throwing the world into a chaotic state for the next four years. One of the casualties of the war was the Lusitania; a Luxury Liner sank by German forces in 1915. The Lusitania was the ship in which the Giants and White Sox used for the final leg of their journey from London, back to the United States.