I think the Monday after a big prizefight (like the one we had on Saturday) is an ideal time to try and answer the inevitable question- What’s next for the new champ?

Most fight fans want Tyson Fury’s next matchup to be a unification bout against Anthony Joshua. A fight that should take place in the largest arena England has to offer as it would be the biggest fight in the history of British boxing.

Joshua gets 90,000 fans to pack into Wembley every time he spars, so it would behoove the Royal Family to earmark some of the money Prince Harry just left on the royal table and build an arena for this fight that would rival the size of Daytona Speedway because 2 Brits have never fought to unify the heavyweight division, and it'll never happen again.

The problem with making this fight happen (outside of the typical political bullshit that is ruining boxing) is that Joshua’s many belts (WBA, IBF, and WBO) mean that he has many mandatory challengers, so he is already slated to fight the sometimes-perverted Kubrat Pulev in June...

... and then former undisputed cruiserweight world champion Oleksandr Usyk towards the end of the year.

Pulev is an experienced journeyman that Joshua should dispatch with very quickly, but Usyk is an x-factor... A dead-eyed crazy Ukrainian sonofabitch that looks like he was breaking kneecaps for some shylock in Brighton Beach.

And that's another reason why I think the Fury/Joshua fight gets made... Nobody knows just how fleeting the heavyweight belts can be more than Anthony Joshua the day after he got his stool pushed in by an overweight Mexican named Andy Ruiz.

The biggest fight of his career is right in front of his camp, and they better not fuck this up.

This isn't a case of- "But Riddick Bowe never fought Lennox Lewis, Large."

Tyson Fury versus Anthony Joshua in England for the whole bag of marbles is a fucking global event... One that will re-elevate the sport.  And one that NEEDS to happen.

Outside of Joshua's mandatories, Tyson Fury’s new WBC belt also comes with its own compulsory matches, so while the Gypsy King still has only 2 fights left on his contract, one of them may need to be against a one loss (to Joshua in '15) Dillian Whyte.

Then there’s the obvious possibility of Wilder vs Fury III.

There is a contractual clause that allows Wilder the option to call for an immediate third fight that would likely take place in the summer... Wilder has 30 days to exercise that option.

Right now this is the most likely matchup, although it is the one I am least excited for.

Deontay was injured early in Saturday’s fight, and although Fury’s weight was a bigger headline, the extra bulk Wilder put on (he came in nearly 19 pounds heavier than he was in their initial matchup) just weighed him down. However, I think that if either of those factors were avoided in the third fight (Deontay doesn’t rip an ear nor does he come into that match too heavy) we would still get the same result.

Fury may have hired a new trainer and changed his game plan for the rematch, but he wouldn’t have to change a thing for part three. That is if (and a very big ‘if’) Tyson can stay focused and motivated.

Remember, Fury’s lowest point materialized immediately after his greatest accomplishment in the ring- Scoring a unanimous decision over champion Vladimir Klitschko in Dusseldorf, Germany in 2015. So Tyson’s chances of falling back into the abyss of addiction and depression are not lessened by Saturday’s big win, and his probability of self-destructing under ANY personal or professional circumstances is impossible to estimate. 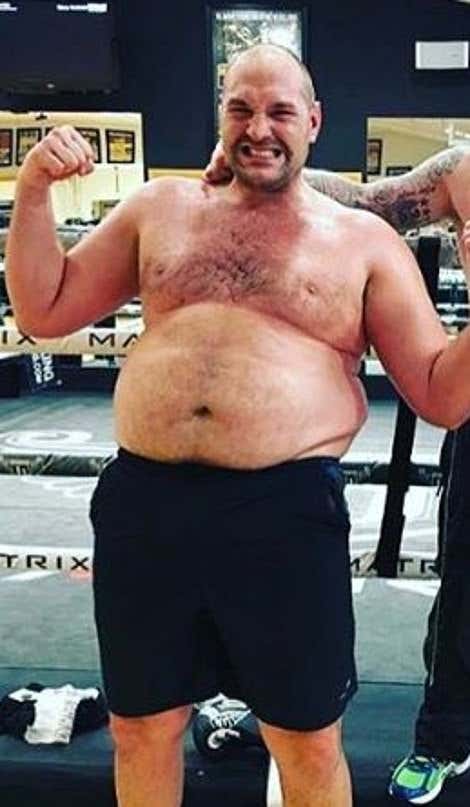 But barring any physical or emotional breakdown, I think Deontay would have only a puncher’s chance in their third meeting that would once again be negated by Fury’s size and skill.

Fury’s domination over Wilder wasn’t some easily remedied fluke like Andy Ruiz’s upset win over Anthony Joshua. I am convinced that Wilder is still a deadly puncher, but I also know that Fury now has the correct blueprint to beat him 7 or 8 times out of 10.

But back to the bottom line...

What’s next for the new champ?

As I alluded to above, it seems that Tyson's next move might not be one that is made by Tyson.

We will wait to hear from Deontay, and then we will see if Eddie Hearn's talk of Joshua wanting to get the Super-Fight done is anything more than smoke and mirrors.

Whatever it is, I will be tuning in... And I will never bet against Tyson Fury again.