At 8:30 AM on Friday morning, Team Barstool hopped on a party bus in NYC for their journey to New Hampshire for the 1st inaugural Barstool Pond Hockey Tournament.

Despite sending (2) emails the night before, no one on the team joined (C) Mike Grinnell in a suit for the trip. Spoiler alert folks, it turned out out to be a BAD omen for the boys... 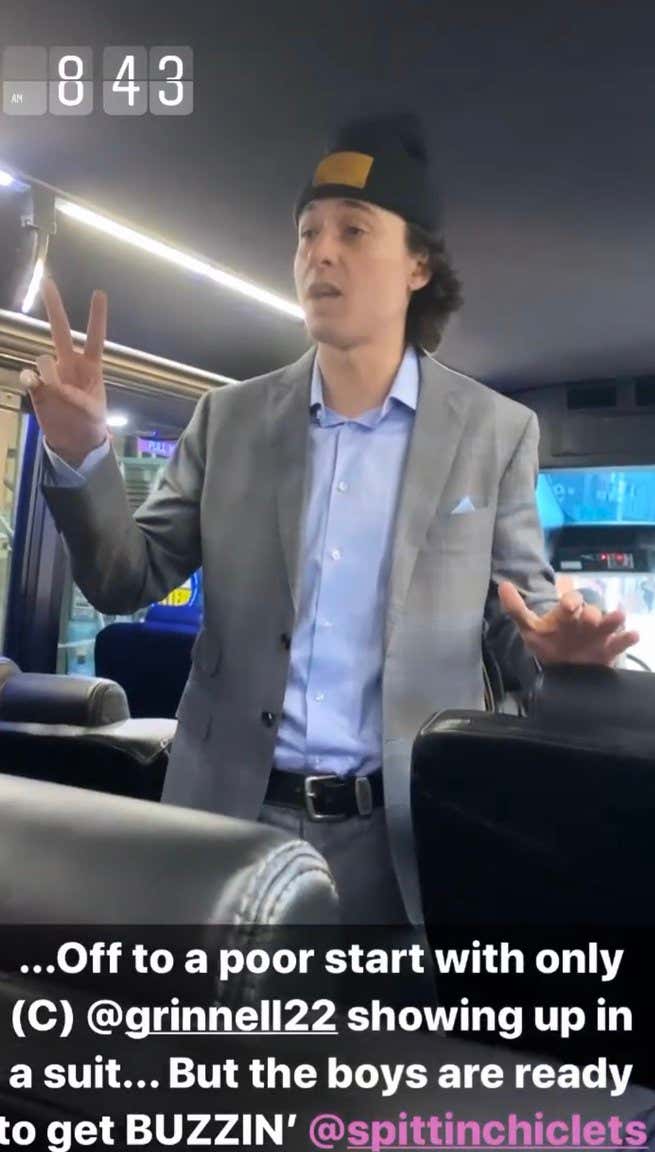 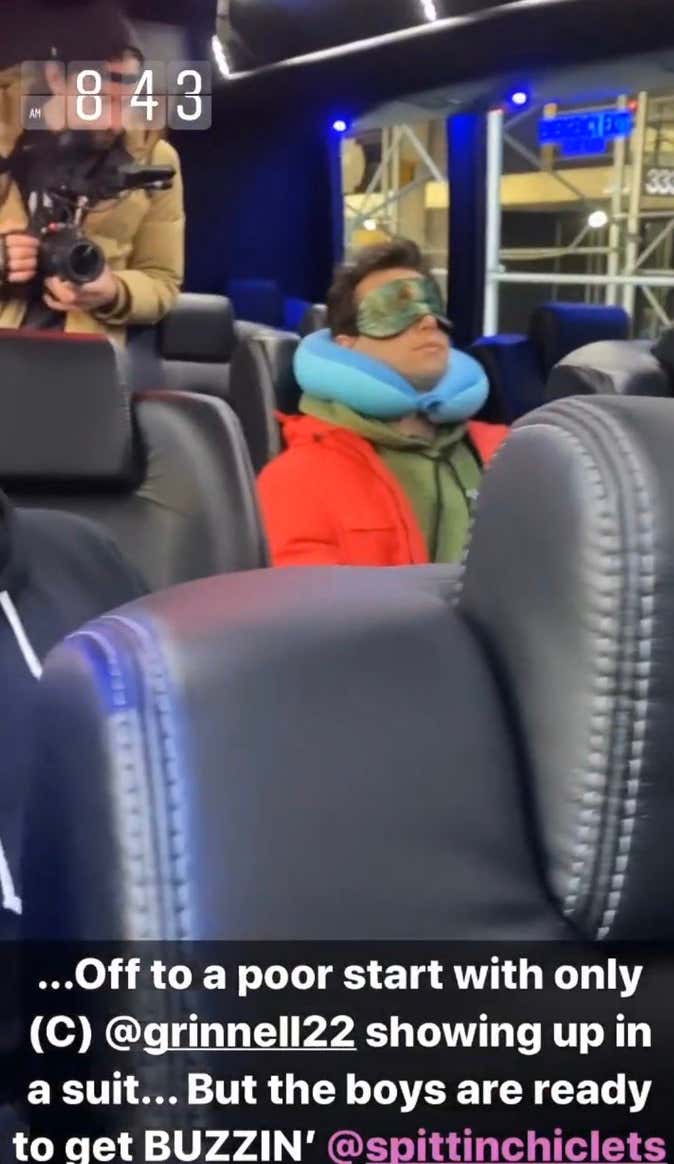 And really just had bad omens all over the bus, especially after picking up Rear Admiral and Biz Nasty in Boston. Needless to say Biz was NOT impressed with the team's defensive strategy.

(They didn't have one)

Things didn't get any better after arriving in NH either. There we all learned about the "no fighting" policy in the pond hockey tournament.

An unexpected rule Team Governor Erika Nardini was disturbed by and couldn't believe (C) Grinnell wanted her to mention it...

But then came 7:45 AM on Saturday... A clean slate for everyone, including our volunteer singers for the National Anthem...

Grinnell showed why he deserved that (C)

Head Coach R.A. wondering what to do after blowing a 4-1 lead

Okay so the BUZZIN' took a little while to get cookin', but everyone remained confident heading into

Incredible comeback from the boys who were BUZZIN' after that fight

Ends up as a tie, someone may need to rescue Rudy from Head Coach R.A. later/ASAP

Heartbreaking ending for the boys after clawing back the whole way. Somehow we didn't institute an overtime or shootout rule so it just became a tie though? Hopefully next year we can just apply new rules on the fly, NEED more chaos.

Biz found plenty in our Winter Village. He had the correct training regime for the 69 minutes in between games... 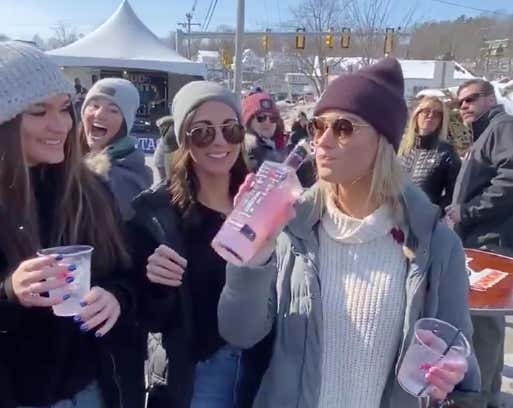 Missiles, turrets, and WMD's aside, the standings were looking grim for the boys but there was still plenty to play for in their last match...And Team Barstool was ALL IN for

Feitelberg may be declared clinically #DEAD after this game ends

Biz warned the boys on the bus to NH and they didn't listen, HATE TO SEE IT

Biz absolutely disgusted with the performance, attitude, and participation ribbons

Tough day for some but amazing day for all, and the boys are gonna REGROUP and RECHARGE to get right for Toronto next week.

Even with an incredibly embarrassing performance and icetime full solely of despair/rotten oxygen, it really was a great day had by all. Congrats to Yellow House for winning the A Division along with our 3 other division champions, see you back in NH next year!

PS: Rumors are swirling that Team Governor Nardini is fucking FED UP with losing and wants to make immediate changes to this 0-2-1 squad. Stay tuned, and PRAY for R.A.