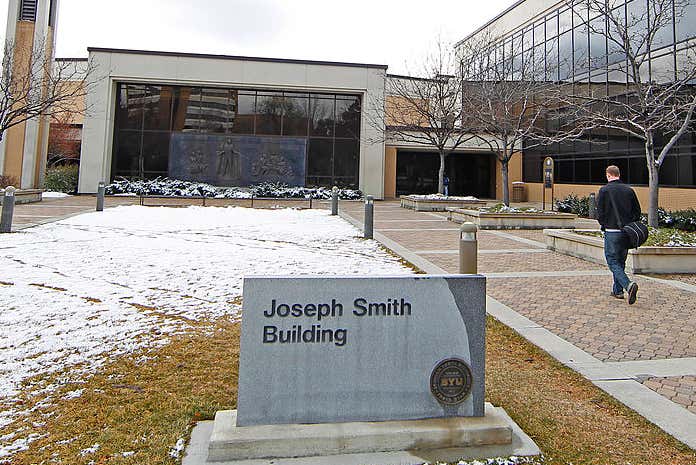 Look, I know that the BYU campus in Provo, Utah is filled with some of the coolest undergrads out there. I heard a 5th year senior once bonged three full Dr. Peppers in a row from the second story window of his dorm.....so as you can see, you gotta do big time things if you want to be popular there. Anyways, while I'm sure that people are always trying to one up the last guy in their quest to be crowned the coolest BYU student (talk about an oxymoron), there are still lines that cannot be crossed. Sure, you can toe the lines by doing things such as only donating 9% of your summer job income to the church, or even by drinking a coffee every once in a while, but everyone with an ounce of integrity in their body knows the two rules that you DO NOT break at Brigham Young University:

2. Do Not Steal From The Campus Food Hall

I'll let you decide which of those two rules this 19-year-old broke: 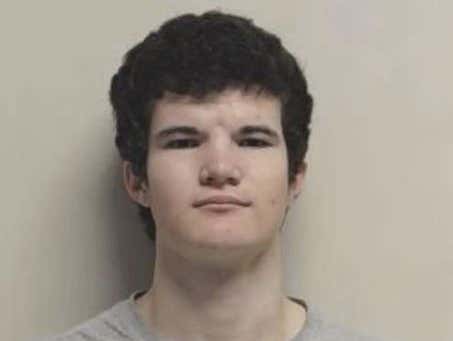 If you guessed stealing food, you'd be correct!!

A Brigham Young University student has been arrested after he allegedly donned a black mask, sneaked through underground tunnels on campus and stole food.

According to police, the suspect also “admitted” that he had been in the tunnel system three times in the past month, and that on two of those occasions he “stole food products that he later ate at his dorm.”

What an absolute scandal we have here!!! Stealing food from the food hall? Lock the man up. Charge him with a felony.

***Okay, I'm joking. Stealing food while in college, from the university that makes you buy from them and charges you about $15 for a soup and a sandwich, is a tale as old as time. It happens on every single college campus in America. So what'd they do? Make him clean up the cafeteria for a couple weeks?

Spencer Taylor, 19, was arrested for one count of burglary, a third-degree felony.

Is this for real? At absolute most I'd make the kid pay back for the bags of pretzels he took. But can you honestly blame him for doing this? It's not like he murdered anyone. It's not like he's selling drugs. He found an underground tunnel and used it to sneak into the college food hall to get himself extra chicken nuggets. White crime like you read about, folks. A third-degree felony…….?

The ONLY way I think this kid deserves any sort of punishment whatsoever is if he didn't feed the boys. If he didn't hook up his crew, charge him for being selfish. But if he was providing snacks for the dorm at no cost to anyone, shit, I think he should get his jersey retired. Let him speak at graduation. But to charge him with a third-degree felony? Oh my God Joseph Smith that is ridiculous.