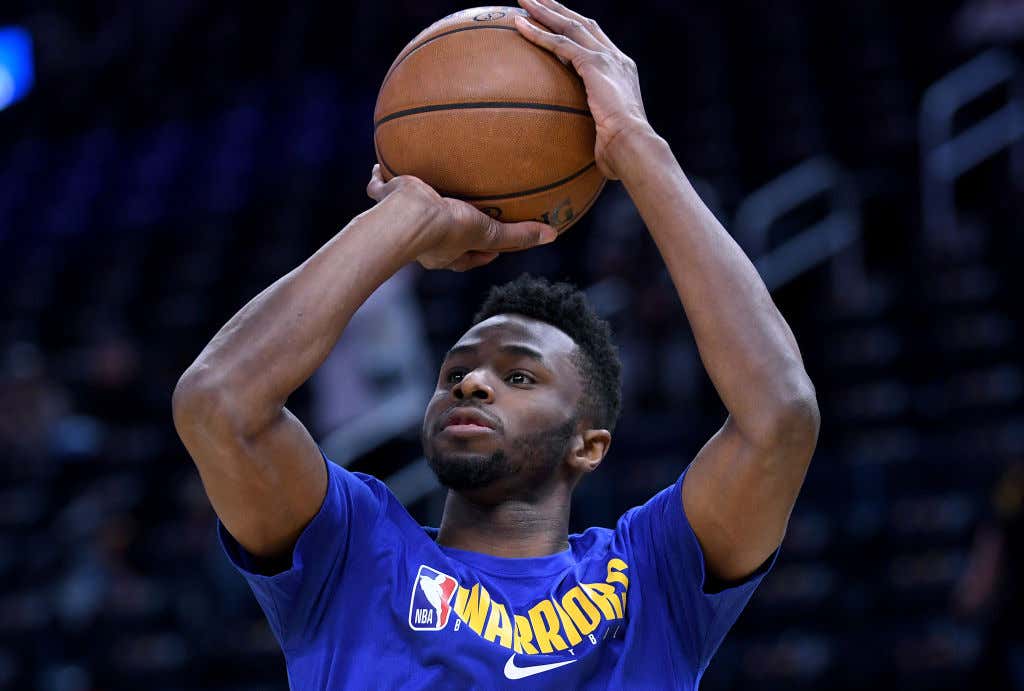 No. Of course it doesn't. That's a picture of Andrew Wiggins. So why did I ask that question in the headline of this blog? Well because of what Draymond came out and said this afternoon

Hey I get it, all Draymond is trying to do is empower his teammate to be better. That's what a leader does. But the fact that he said those exact words with a straight face and nobody laughed is baffling to me. Again, this is Andrew Wiggins we're talking about here. If anyone knows what being an All NBA defender is about it's Draymond so I don't know where he could get the idea that Andrew Wiggins can develop into an All NBA defender. This is a guy who has never had a Drtg for a season under 113, and even if you think that's a flawed metric because it accounts for team defense and the Wolves stink, there's more. Just look at the advanced metrics for Wiggins' entire career and look at the DWS and DBPM. Are those numbers that scream All NBA?

Remember, there are two teams for All NBA Defense. Wiggins is a two guard which means there are 4 total spots for him to potentially snag next season. I'm sorry but who is he pushing out? Guys like Jrue Holiday, Eric Bledsoe, Marcus Smart, Klay Thompson, Jimmy Butler, Patrick Beverley, Ben Simmons, Matisse Thybulle, shit even Alex Caruso that have much more of a chance to secure an All NBA defense spot. You better hope he qualifies as a guard because you don't even want to hear the names of forwards. He isn't passing a single one.

Even if you think Wiggins can benefit from the Warriors bump like pretty much every player on that team gets, that's still nowhere CLOSE to being All NBA caliber. I think at this point Wiggins is what he is. I know he's young but you can't spend your entire career showing no pulse on the defensive end and then magically turn into an All NBA defender in 1 year. No chance. That's not how it works. I get wanting to set lofty goals, but maybe start with not being a complete liability defensively. Maybe try not having disaster advanced defensive metrics. Start small and build on that, because hell will freeze over before Andrew Wiggins makes an All NBA defensive team. That's just silly.