Mid February 2019, I was sitting alone in my sparsely furnished studio apartment above a Panda Express, in Columbus, Ohio, on an uncharacteristically warm Friday night. My girlfriend and I had just recently decided to mutually break up with me, and my friend group had agreed to drink anywhere I was not.

Rather than blacking out (drink 4-5 beers and fall asleep at 10pm) and getting down on myself, I decided to be mature, and black out and make fun of people that deserved it the most. That’s right, people with legitimate interests and hobbies. The real question was who within that group deserved my subpar Photoshop abilities unbridled wrath?

I began to formulate my list of potential targets. From adult men's league wrestlers to model train enthusiasts, none seemed to truly deserve the freetime of a 27 year old central Ohio loser living in squalor. To distract myself from the lack of inspiration, I opened up Instagram, hoping to find solace in seeing photos of women that don’t know I exist, but instead I was greeted by what can only be described as a 25 year old male, obviously still reeling from his parents very public divorce, wearing the entire Pantone color spectrum. What caught my eye the most though, was a pair of shoes that were wider than they are long, and chunkier than Donovan McNabb’s choice of soups. Equally amazed and disgusted by the sneaker, I immediately looked it up, only to be floored by the price, the hype, and the lines formed around mall corners until they reached Auntie Anne’s. I have known of “hypebeasts” and “sneakerheads”, but I had zero idea the sheer numbers they held. One search of the hashtag #sneakerhead introduced me to a world of trust fund children roleplaying as colorful Jordan Belfort's. I had found my target.

The plan was simple, make my own Instagram account to repost these fit pics, but with the small alteration of replacing their coveted kicks with the practical, timeless, comfortable, and well priced Skechers Diameter.

I let the universe take the wheel, and I chose my first subject at random. Depending on how this went, it would make or break my grand scheme. This first person needed to handle the harmless prank with grace, understanding that it was exactly that; a harmless prank. How volatile can sneakerheads really be? It’s just a shoe.

The positive feedback filled me with motivation I haven't felt since ever, and this little project inevitably turned into an all nighter, typical for a single man with no romantic prospects, other hobbies, or close friends to talk to regularly would do. By the next day, I had an arsenal of photos capturing fiscally irresponsible men and women standing stiffly in a durable, versatile, chestnut brown leather Skechers. 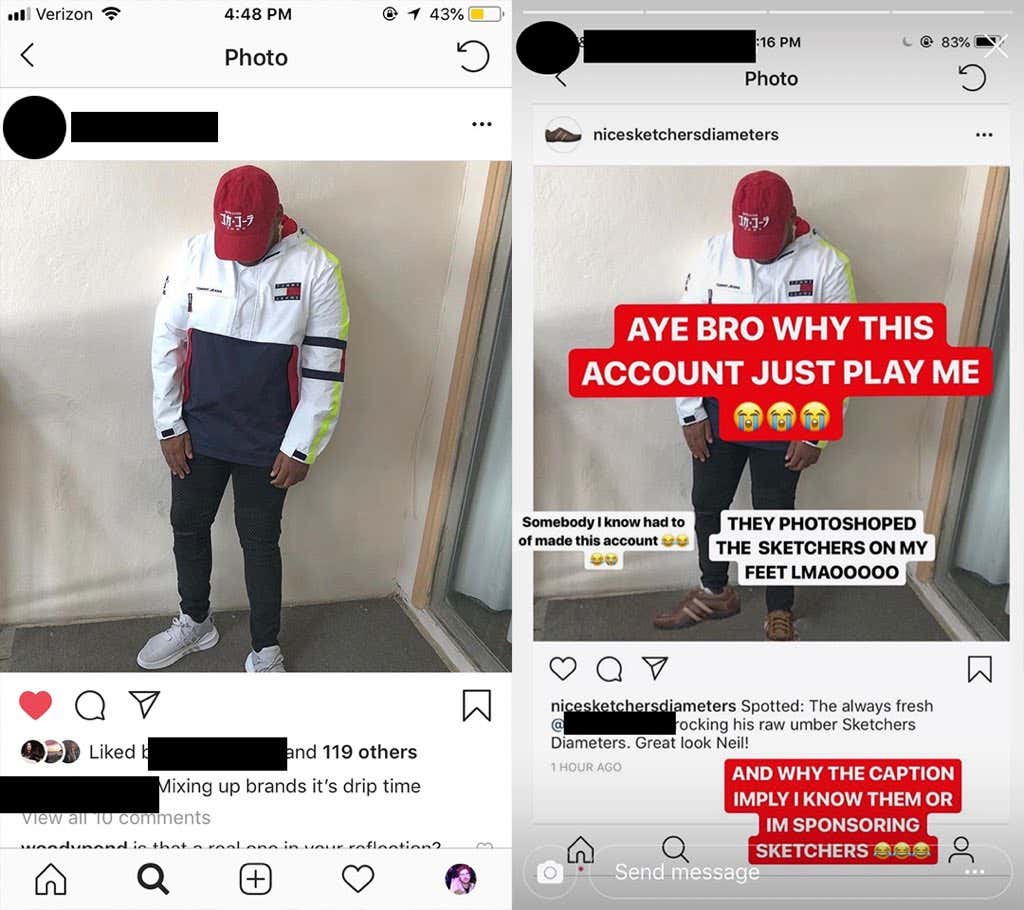 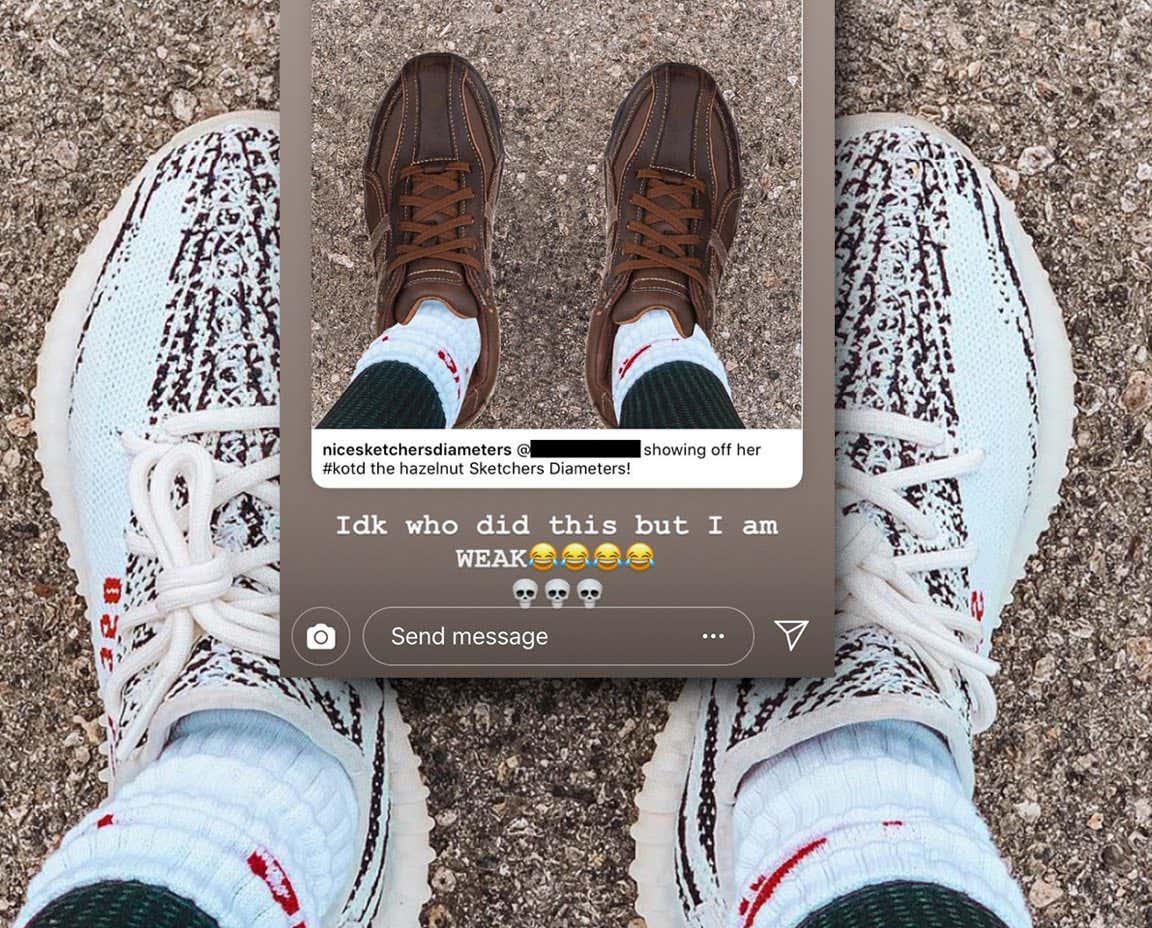 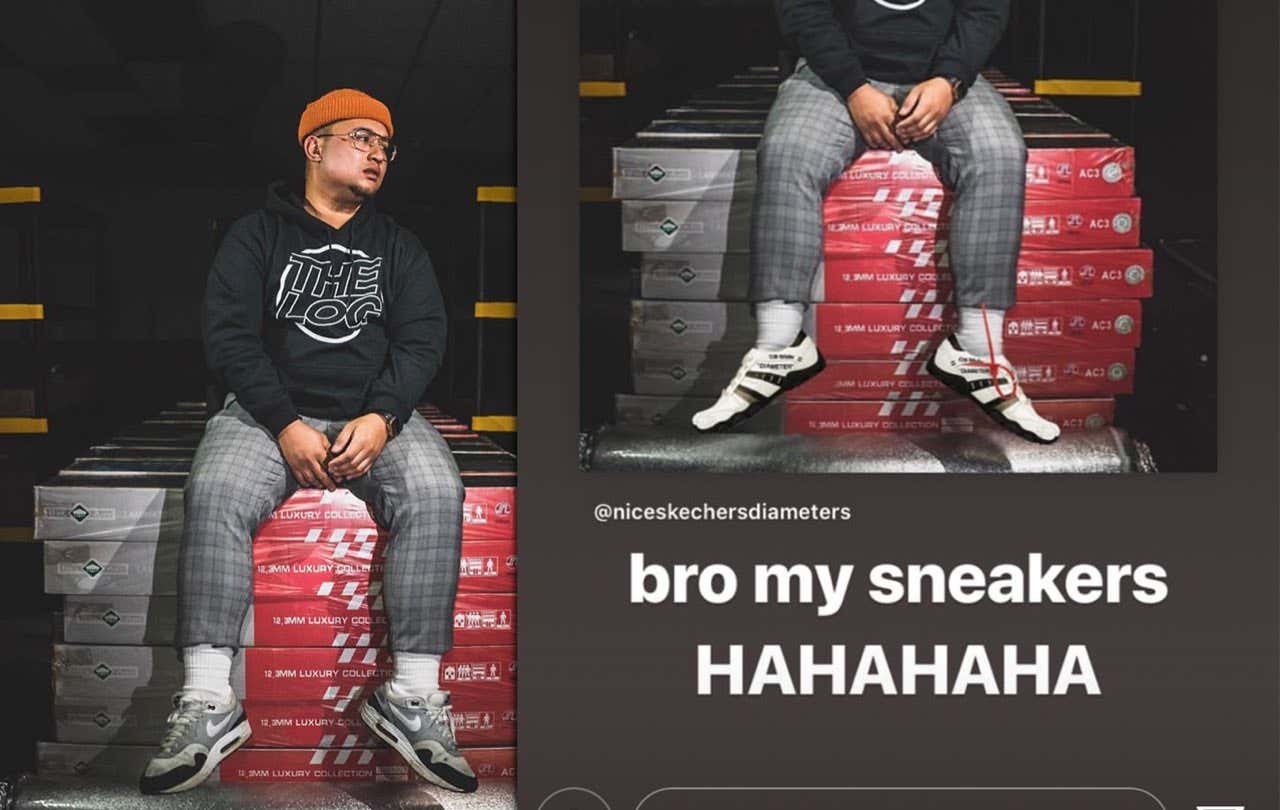 In what felt like the blink of an eye, I found myself completely immersed in this world of vanity, feeling like a hero of the everyman, New Balanced wearer across the world. Hunched over my Bugle crumb filled keyboard, zoomed in 400x on a complete stranger's feet, I was on top of the world. I searched for only the hardest of challenges, each one becoming more and more complex. 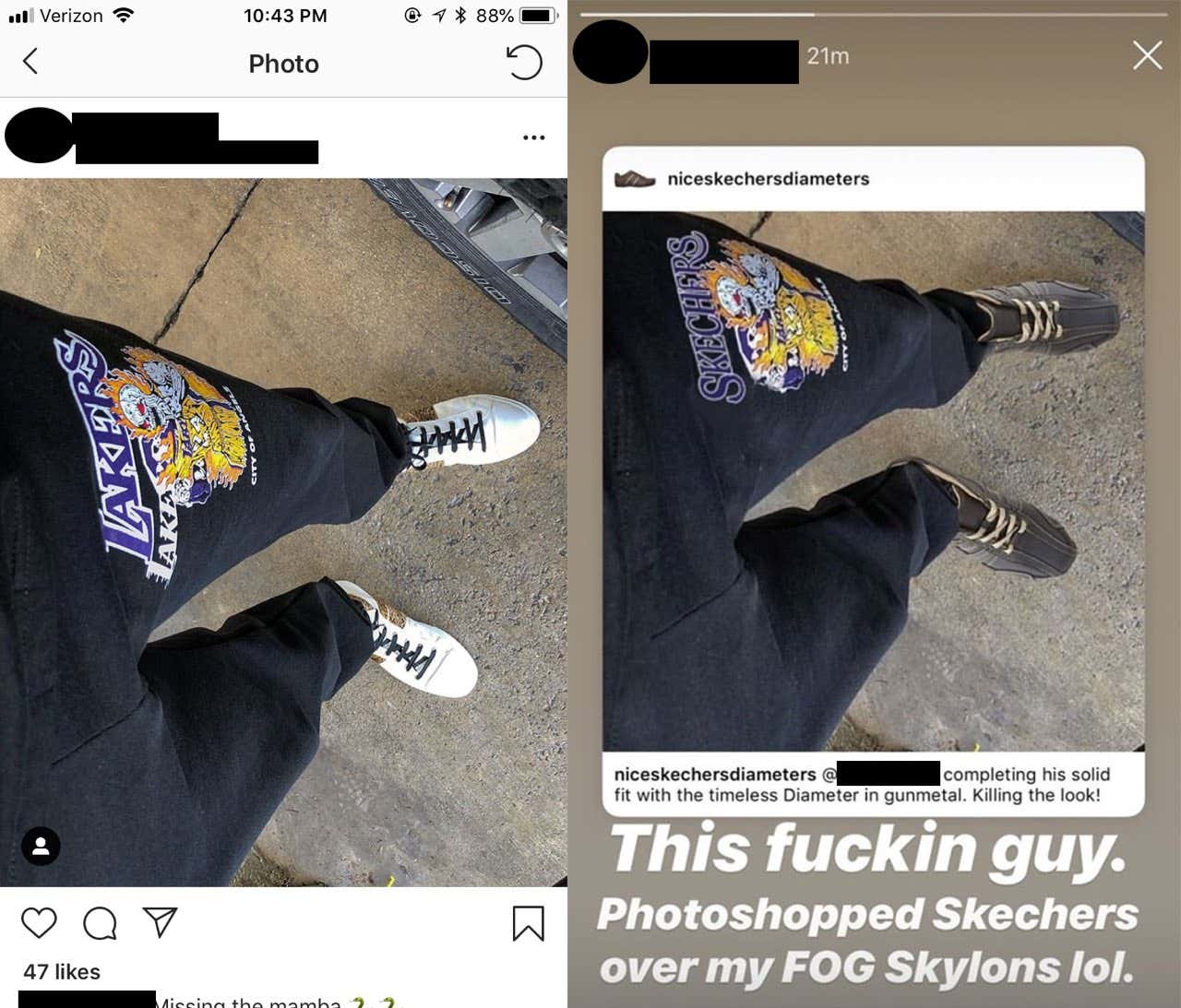 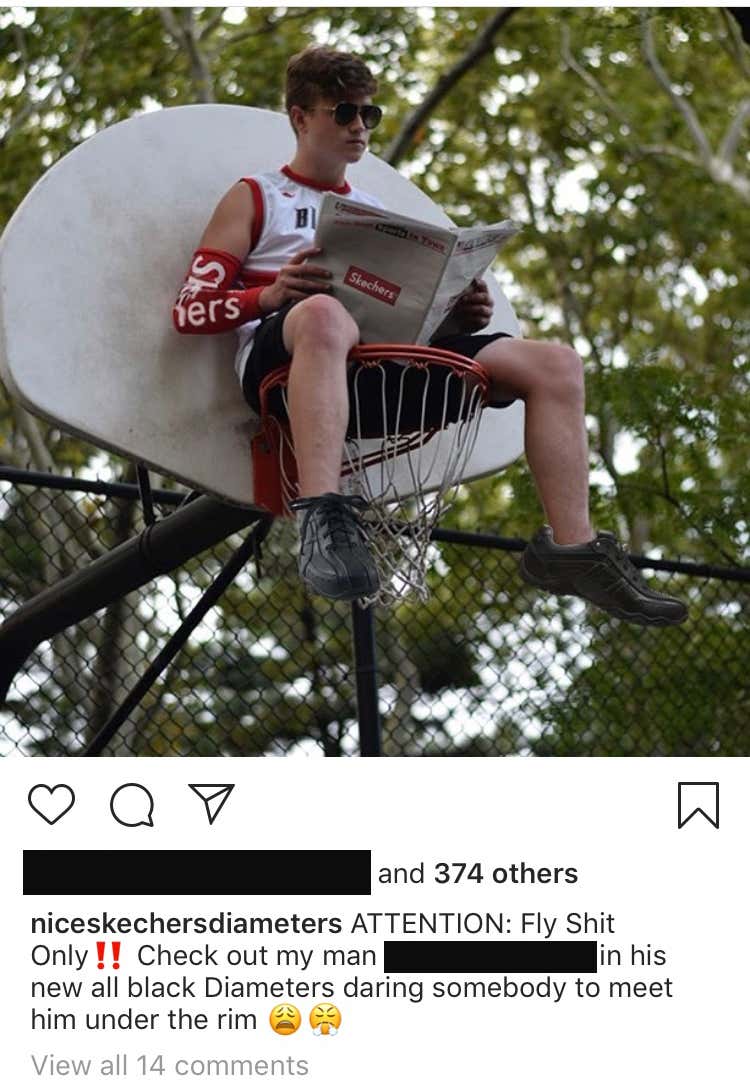 I found myself spending hours on single posts, searching through the bowels of Instagram for even the smallest of accounts. No shoe fan was safe. 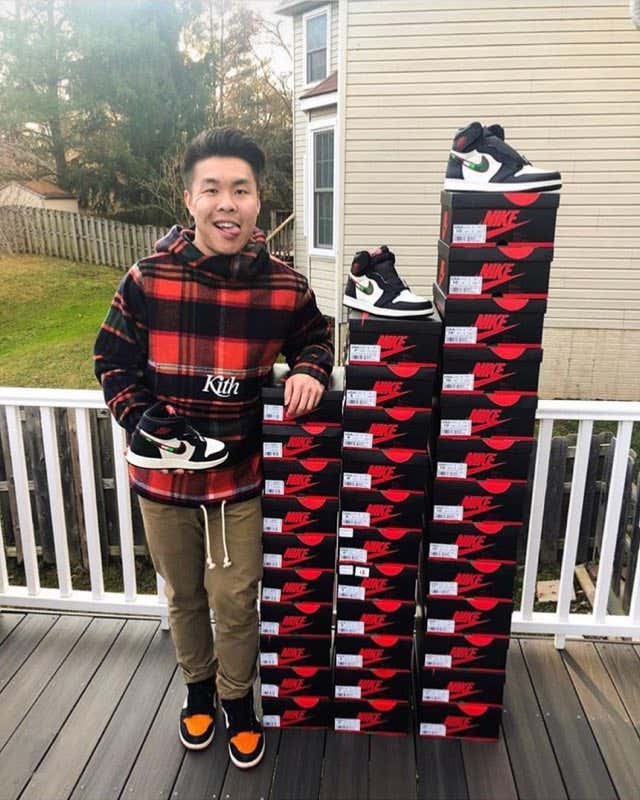 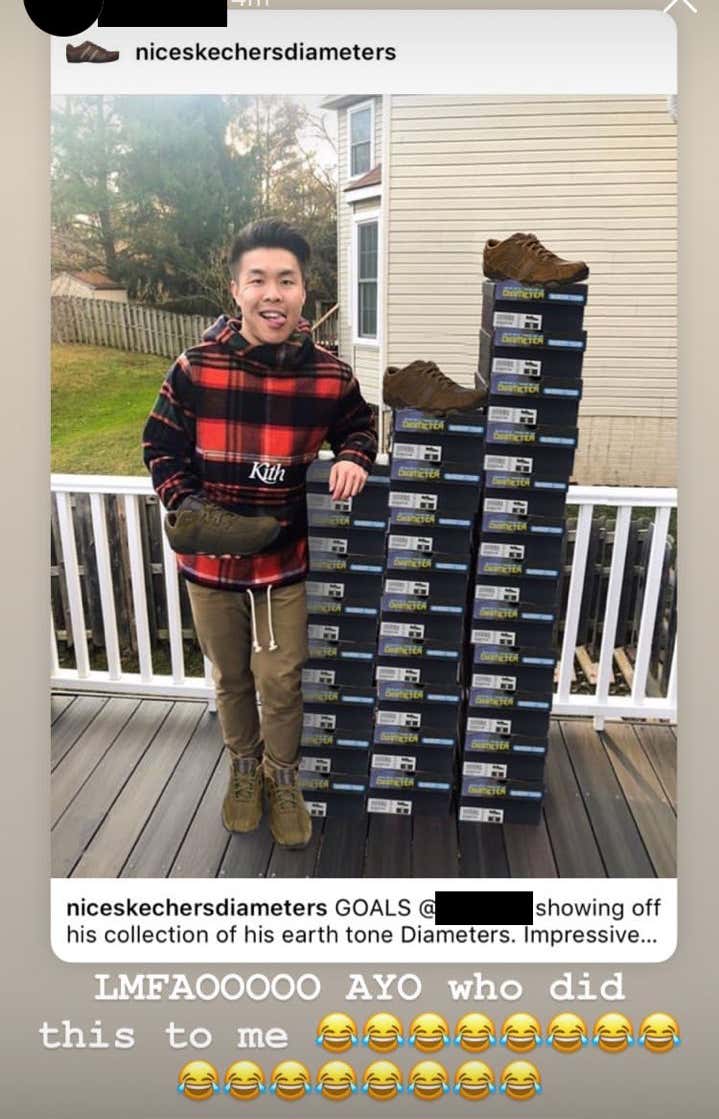 I started to call off work, quit showering, and ignored calls from my mom. This was my life. My computer memory was filled over 100 pre cut out Skechers Diameters for maximum efficiency. Every model, every colorway, every angle, from laced to clogs, I had them all. The project had begun to take on a life of its own, and I was losing control. I needed checked.

Like anything positive that has ever happened in my life, I decided it was time to inevitably destroy it. I needed to do something so universally loathed, nobody would want to visit the Instagram page again. What was something everybody, aside from the occasional Brooklyn Nets guard, would hate? Of course. I needed to slowly and subtly turn the page into a flat earth account. I started small, with a few quick stories. 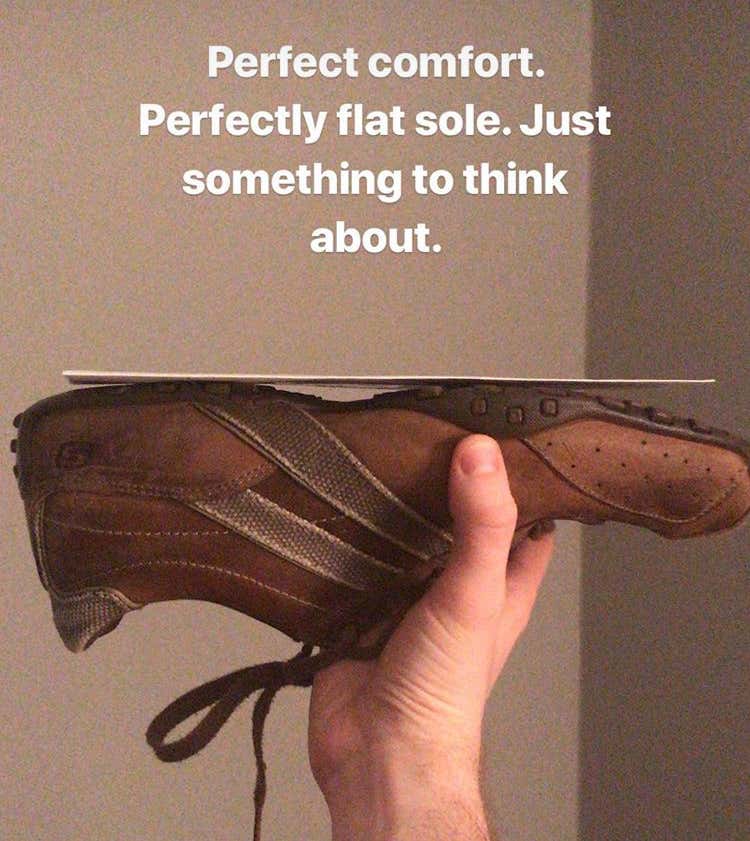 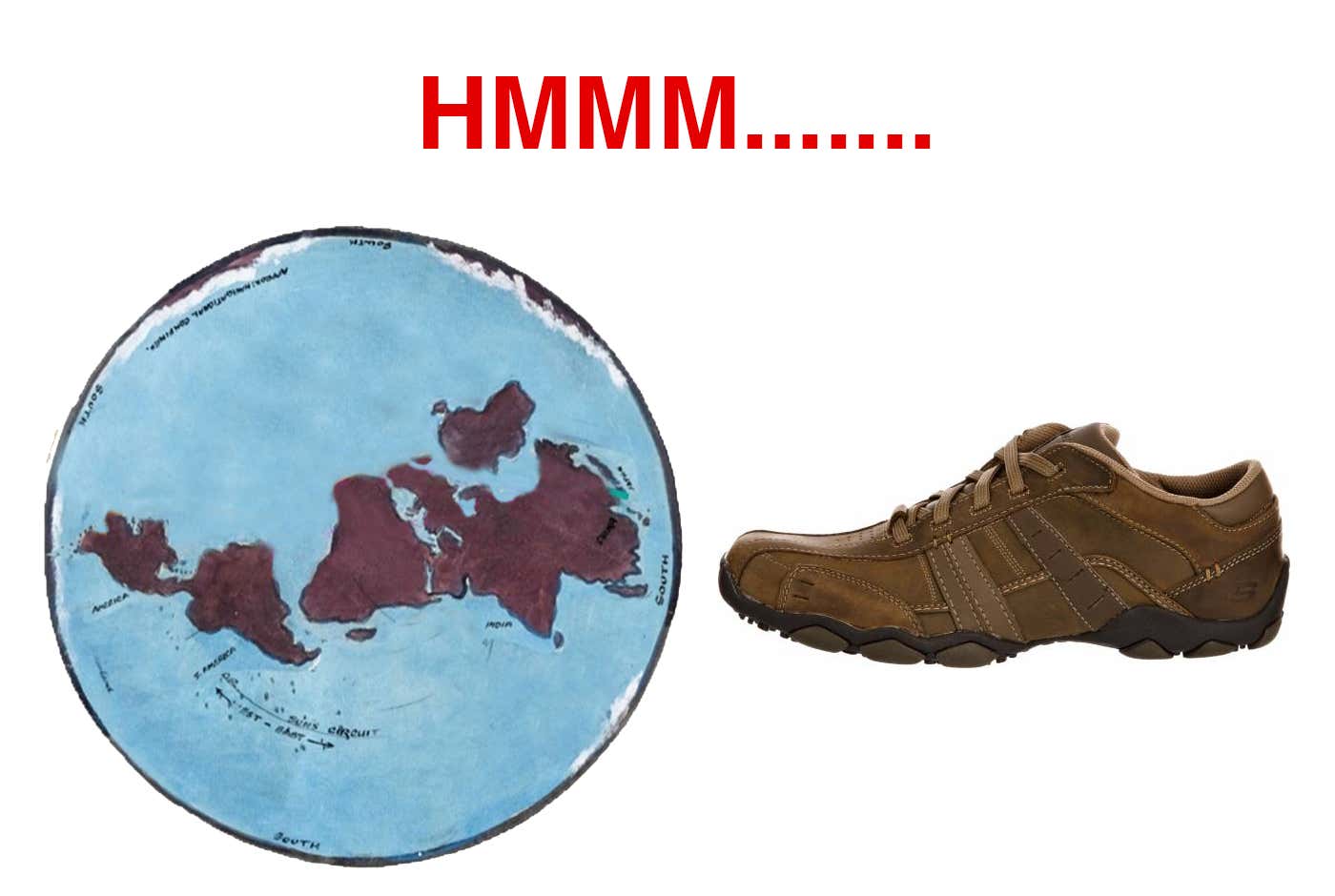 I saw a dip in followers, but nothing major, so throwing caution to the wind, I made the original intent of the account, the beautiful Skechers Diameter, a complete afterthought. 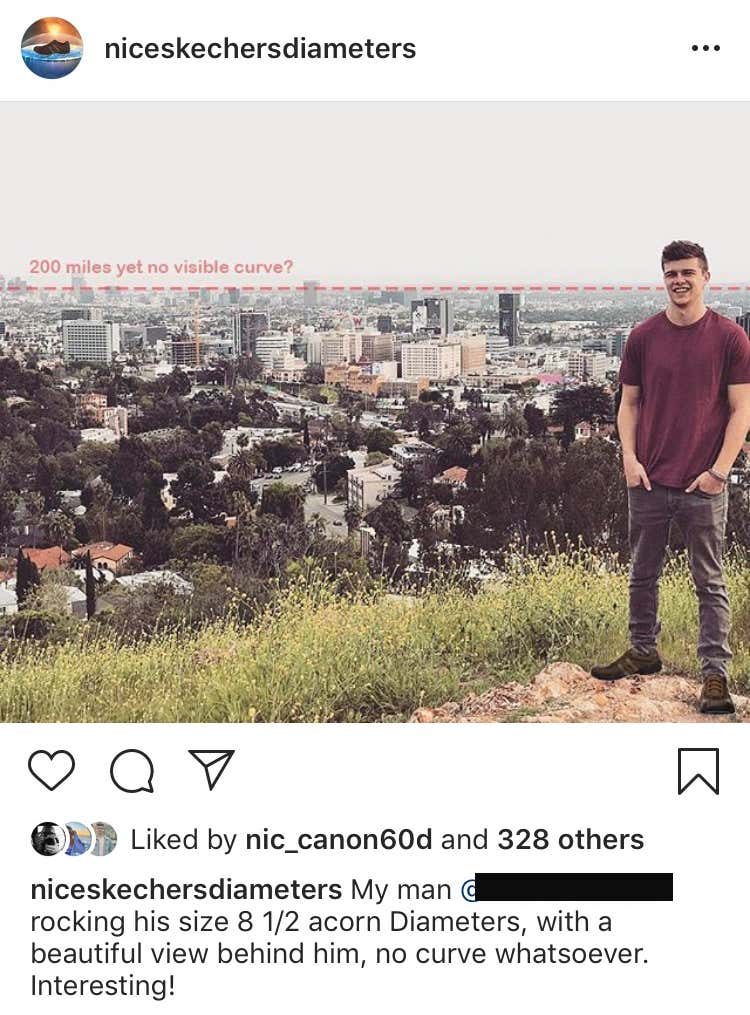 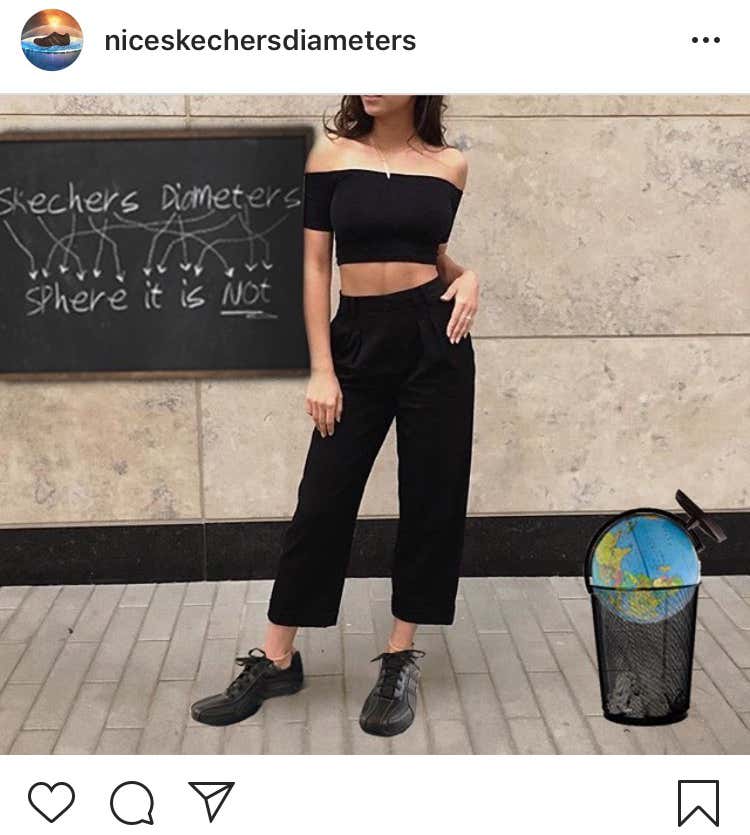 It was working, losing hundreds of followers in droves. The plan was a success, and the account has lain dormant since. But the itch to return will always exist.