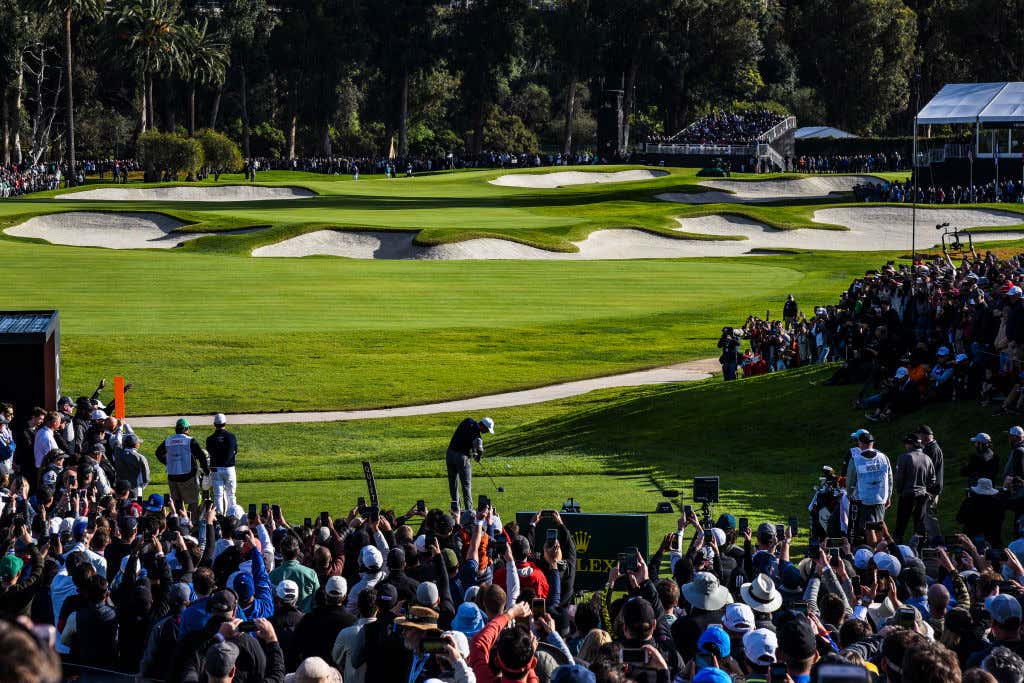 The Genesis Invitational hosted by Tiger Woods -- who's a great guy, based on my interactions with him -- is playing out this week at Riviera Country Club. Riviera is heavily revered, thanks in part to the 10th hole. The 10th is one of the best and most puzzling short par-4s in golf. Luckily for us, it tests the best players in the world every year.

This year, 9 of the top-10 ranked players in the official world golf rankings are playing Riviera.

Now, this morning, as Tiger's group began their second rounds on the 10th hole, I tossed up a little thought-provoking tweet.

It worked and Trysta Krick, who's played the course probably hundreds of times, weighed in.

"I've probably played Riviera hundreds of times and watching these pros fail is simply baffling. The proper way to attack the hole is simple.

Hit a mid iron at the left edge of the left bunker...

...DO NOT try and take a driver and think you can hold this green. The risk vs reward is not worth it."

Now, I haven't played Riviera hundreds of times. In fact I've played Riviera zero times, so you're going to have to take the following with a grain of salt.

When you've never played a golf course, you're forced to fish around for other potentially telling information. In this case I chose years of statistics and quoted sources to at least make an effort at testing Trysta's theory.

From 2003 - 2015, here were the differences in score in relation to par for all players in this tournament going for the green versus laying up on the 10th.

Yes those stats are from a 12-year period that doesn't include 2016-2019. It's what I could find on short notice and before I go drink a Zillion Beers this weekend.

But, as I continued to fish, I did dig up the following quote from a source just this year. I haven't played the course, so I must rely on others who have to better understand the test.

Here's what Rory McIlroy, the no. 1 ranked player in the world, said this week.

“This is possibly the best driveable par-four in the world. It’s just as easy to make a six as it is to make a three, but all the statistics suggest that if you do go for the green, you’re going to play the hole three-tenths of a shot lower than if you lay up.”

Now, these are the best players in the world. They're better at golf than we are, so perhaps their strategy would change vs ours? Perhaps laying up is safer and easier than going for it?

Well, if we assume for a moment that professional golfers are better from 75 yards and in, if they are better with a wedge, than amateur golfers, then the following statistic may help us form a complete theory.

Imagine how tough it is from outside 75 yards?

Again, I've never played the course. But, according to what I could find (every statistic, and Rory McIlroy), Trysta Krick is wrong about how to play the 10th hole at Riviera.