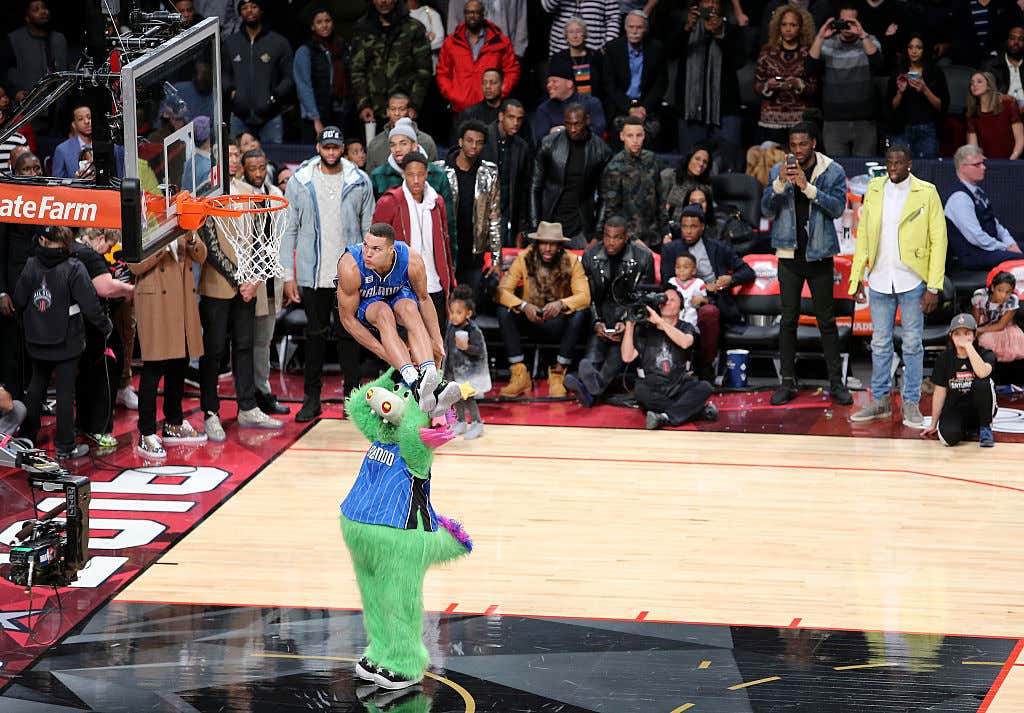 With this year's Dunk Contest just a few days away, what better way to get in the right mindset than to relive the greatest Dunk Contest we've ever seen. The epic 2016 battle between Aaron Gordon and Zach LaVine went down four years ago today, and honestly this has become a must watch for me every year once we get to All Star Weekend. These dunks still don't make any sense to me and my pea brain

Now I know people might point to Vince Carter's performance, maybe you're a fan of the epic Jordan/Dominque battles, but for my money it doesn't get any better than what these two gave us in 2016. I'm still not sure how Aaron Gordon didn't win. It's why I really wanted them both to participate in this year's contest. It's weird that LaVine is participating in the 3PT Shootout and not this. Like I get he was mad about not being an All Star but come on man, huge missed opportunity in my opinion.

This year's crop does have some potential with Aaron Gordon, Derrick Jones Jr, Pat Connaughton, and Dwight Howard, those dudes can fly. There is a chance that Gordon/Jones Jr gives us something close to what we saw in 2016, lord knows the event needs some excitement. It's been down since that epic battle and thankfully the internet exists so we can be reminded just how awesome this contest can be.