There's been a lot of chatter around these parts about airplane seating etiquette, specifically about reclining. It was blogged, on The Rundown, and discussed on Barstool Radio. Are you allowed to recline on an airplane? Is it rude? Well, two years ago I wrote an entire scene about this for a sitcom writing class I was taking. We had to write a mock episode of a TV show - I chose Curb Your Enthusiasm. And this was the opening scene. 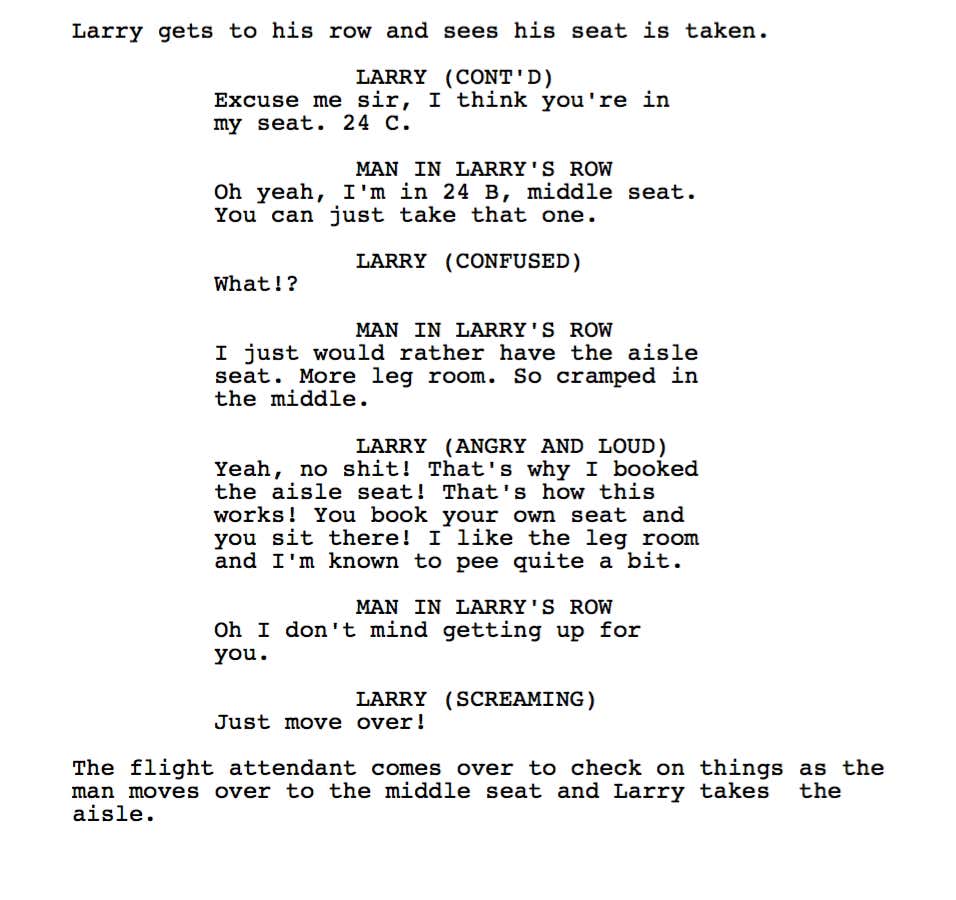 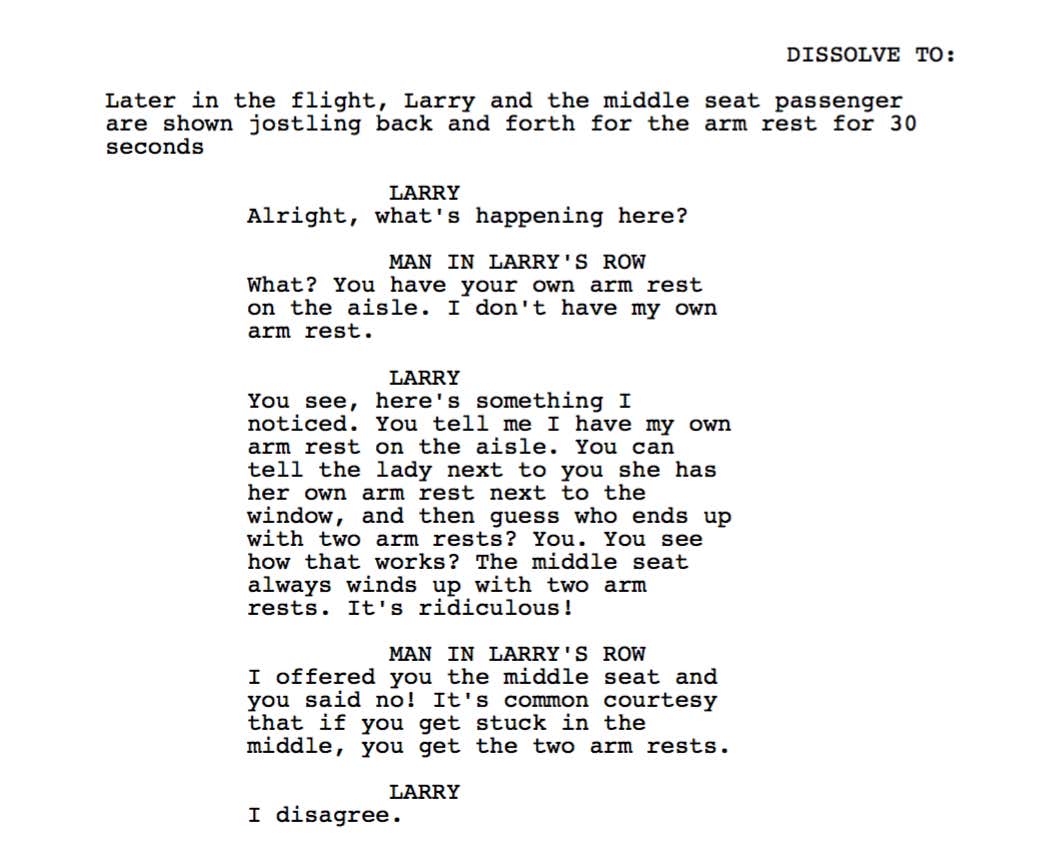 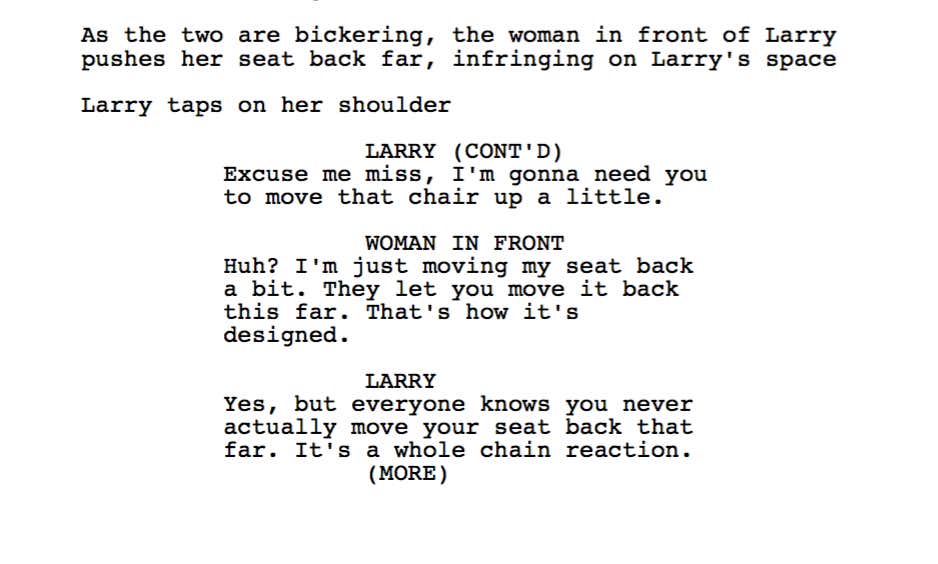 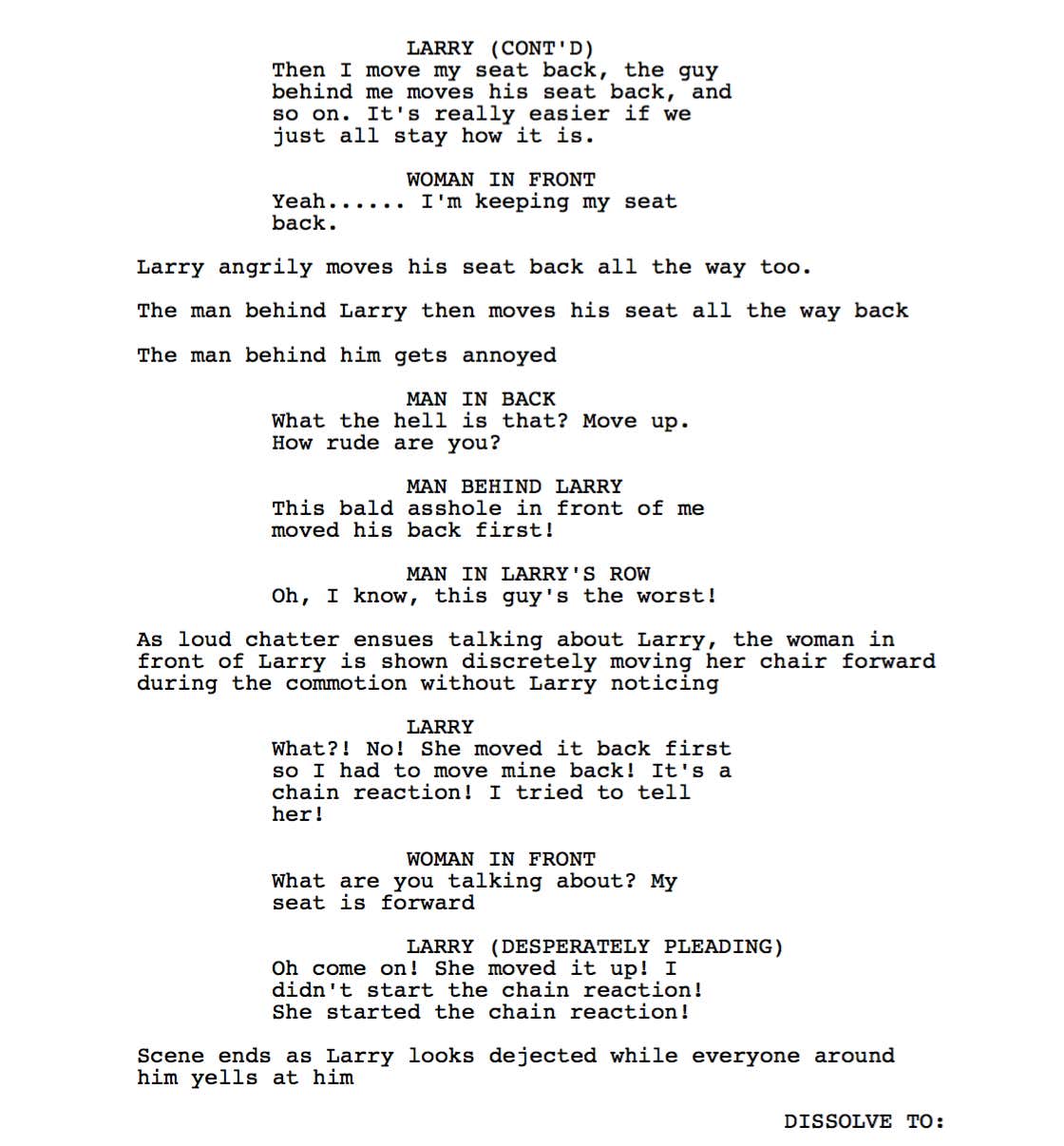