They say the most important lesson a person can learn is that life isn’t fair, and the world doesn’t owe you anything. As grim and disheartening as it may be, the sooner you can swallow this pill, the easier life is to accept. Some people just stand out more. Some people are more successful.

For every rockstar, there is a dive bar guitarist, waiting to get their shot. For every washed up college wrestler with one fingernail longer than the others turned internet comedian, there is a failed graphic designer looking up at them, wishing it could be him filling in those size 7 1/2 shoes. And, for every Frosted Flakes, there is a Raisin Bran lurking in its shadow. Hell, sometimes the star of the show isn’t even a separate cereal, sometimes they share the same box.

When Lucky Charms is brought up in conversation, the first thought that comes to mind is the marshmallows, and rightfully so, the colorful sugar shapes have garnered all the praise, and have remained the selling point of Lucky Charms since 1964. For the sake of transparency, I’m a huge LC guy. I’ve even tried my hardest to pitch that General Mills combine the marshmallow shapes into one abstract shape, strictly as a cost saving initiative. 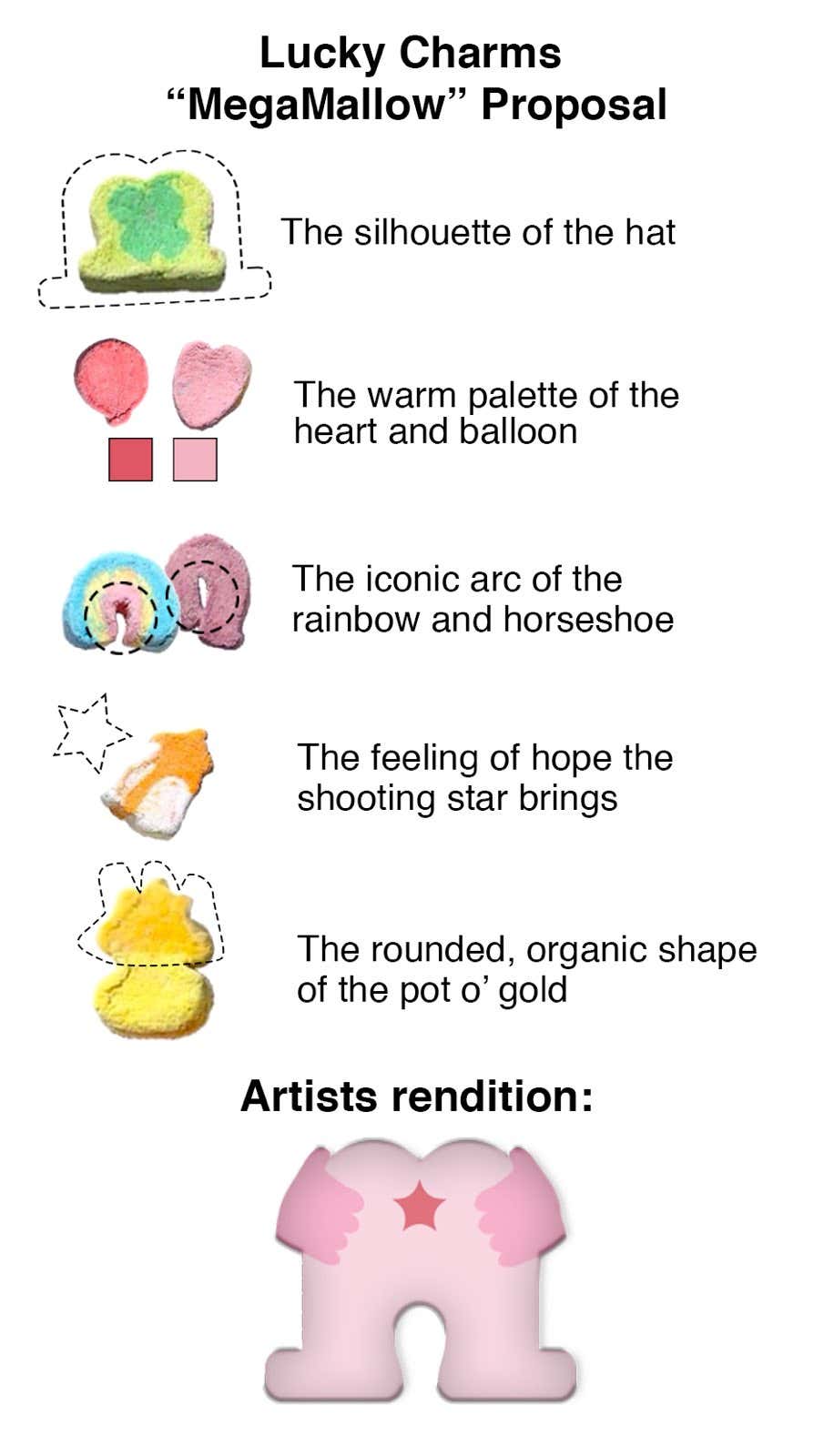 But since bursting into the scene of cold cereal 56 years ago, the marshmallows (actually called marbits) have evolved, the mascot, Lucky, has changed designs, and the only consistent element has been the mysterious oat pieces. Why even have them shaped uniquely when the star of the show is clearly the marshmallows? Unless the colorful, fun marbits only exist for one reason. A distraction. 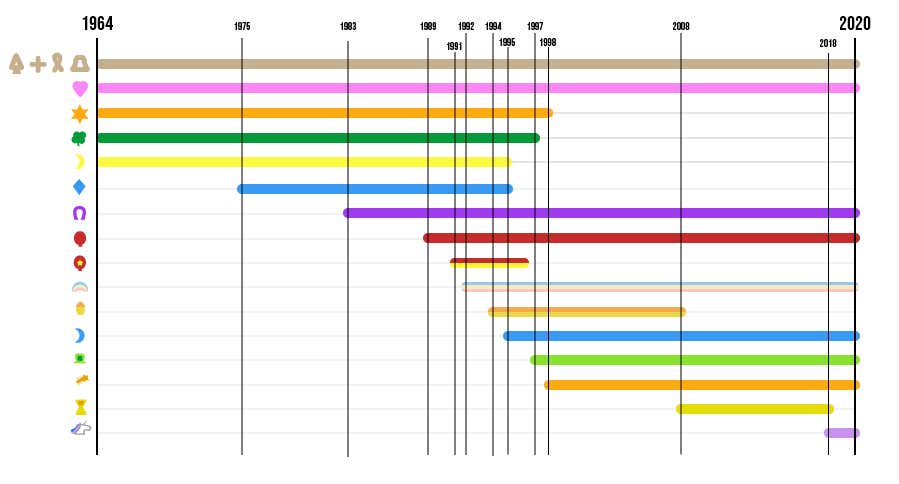 I’m typically a huge fan of underdogs, and this blog's original intent was to defend the oft forgotten, unceremoniously unnamed, cereal filler. But that was before I dove in to discover that their history is all but wiped clean from the history books. There was not a single source anywhere online that can explain these mysterious shapes. Try as I might, I just couldn't decipher the shapes on my own, and they are far too complex/intentional to be meaningless. 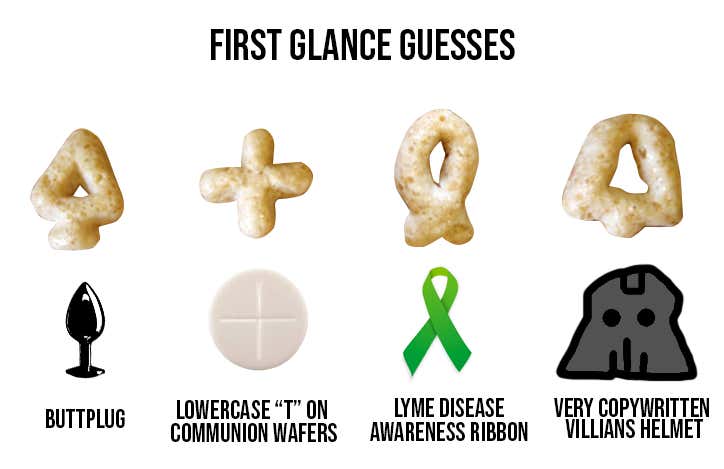 Hours had passed and I thought I hit a dead end. Ready to throw in the towel, I was thoroughly searching every inch of the half-full box (optimist) in my hotel room, looking for any clue I could find. That’s when it hit me, why would I find any hints on the modern box? I needed to inspect the original 1964 packaging. When I found a photo of it with high enough resolution, everything started to fall into place.

The box’s main attraction was a cereal bowl, with the lip arranged with the original 4 marbits. All shapes were represented twice, aside from the 6 pointed star. A clue. The polygonal star is also used as an ancient nordic symbol meaning navigation, the six points representing the six main planets. It all became painfully obvious. The bowl was a compass, and the spoon, a needle.

After recreating the compass and overlaying it at the direct center of a world map, the needle (spoon) was pointing directly to Minneapolis, Minnesota. Minneapolis is a well known hub of Norse culture in the United States, but it just so also happens to be where cereal giant, General Mills, calls home. 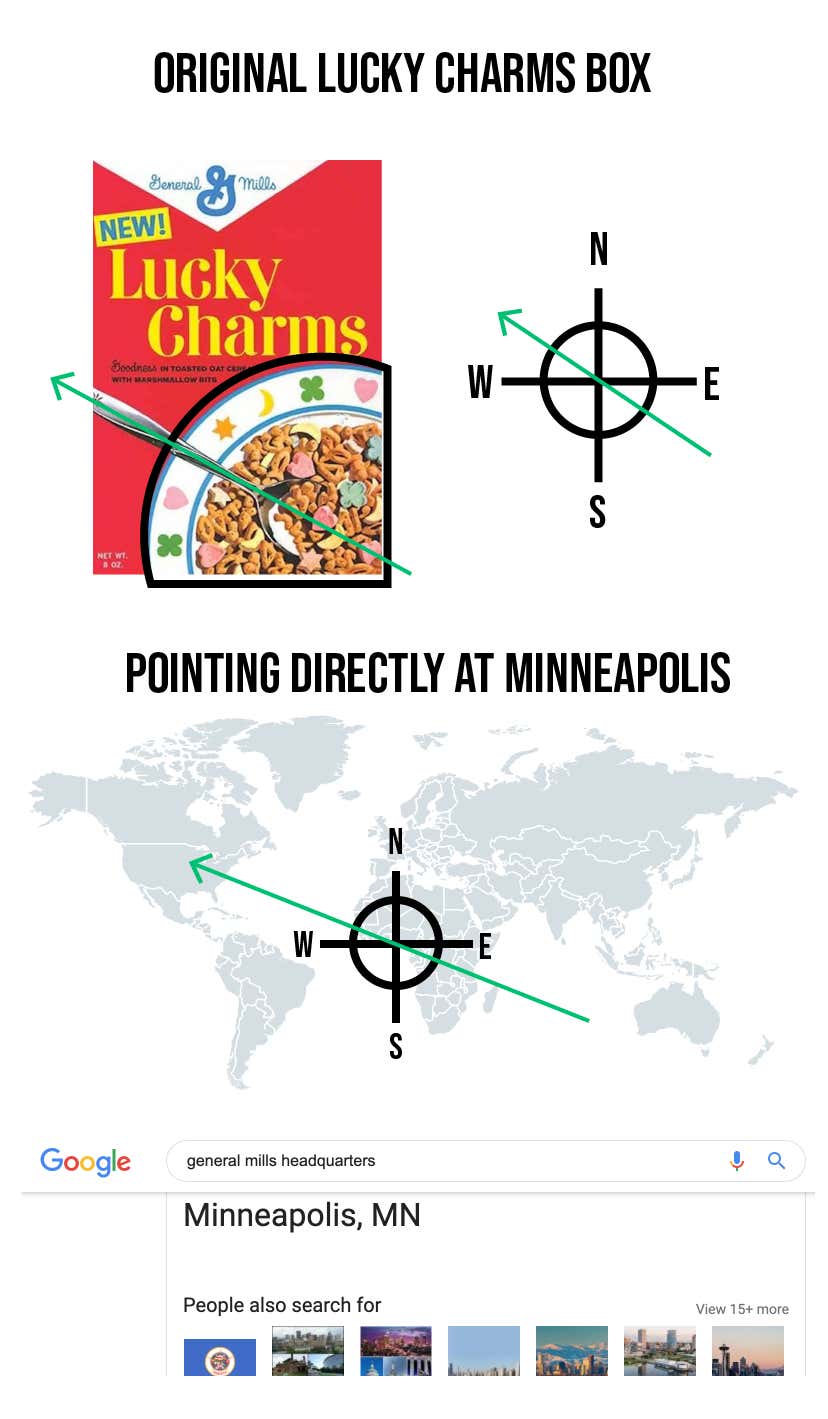 Home of General Mills, AND home to the most Viking artifacts in North America, the premiere item being the Kensington Runestone. Etched in this giant stone are symbols, translated by Edward Larsson in 1885. When compared to the translated runic alphabet on the Kensington Stone, one can see that each oat bit is represented, spelling out the word “LUCK”. 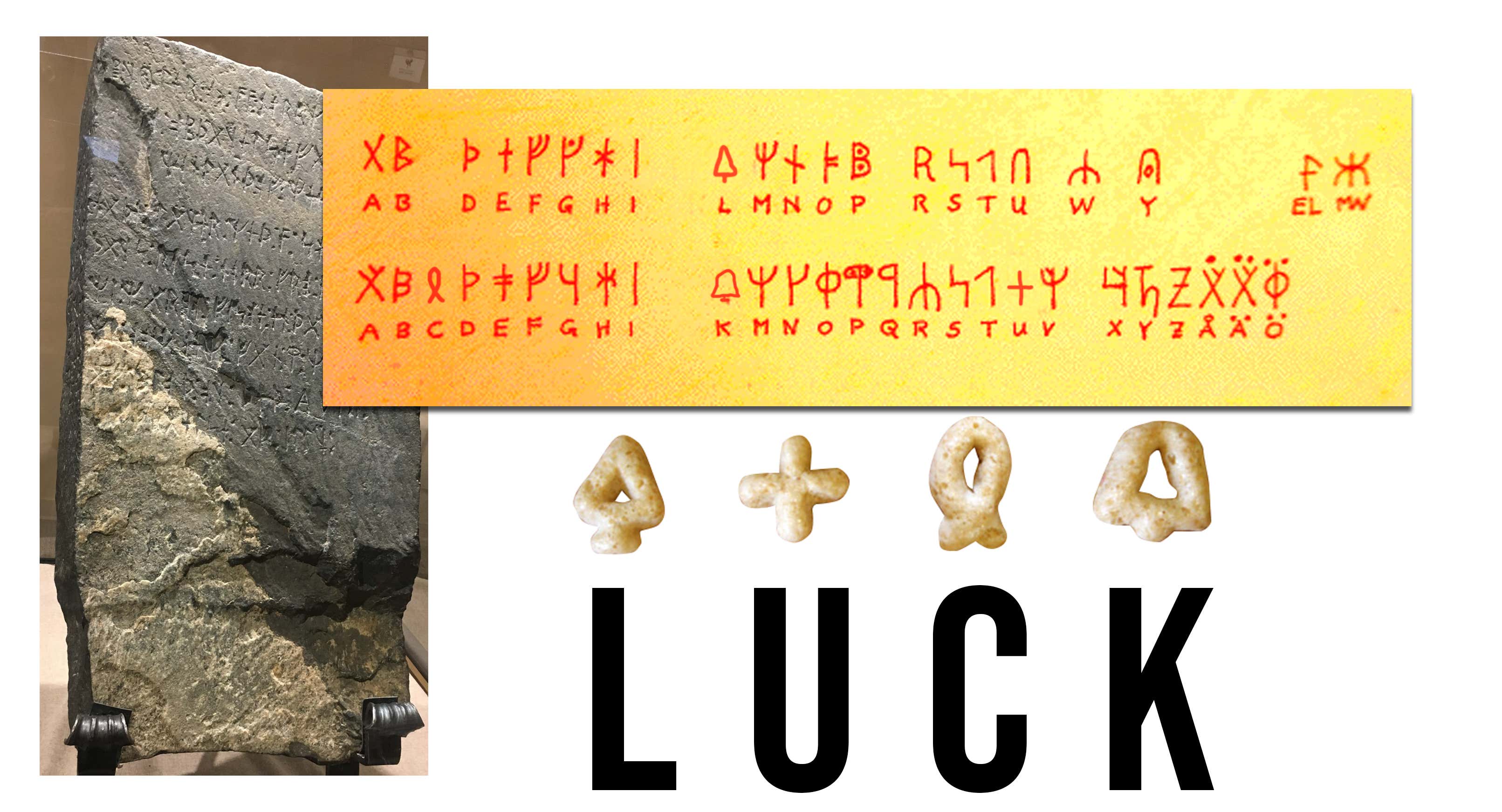 Could Lucky Charms a secret pagan cereal? Or is this all simply just coincidence? Who knows. But it’s something to think about.