Meet Steve Stoute, a respected businessman put in charge of rebranding the biggest laughingstock in the NBA, the New York Knickerbockers last month. Stoute went on First Take because the Knicks like being transparent and available to the media when everything is new and exciting before usually creeping back into their shells when shit hits the fan and the Sell The Team chants start back up.

Now based on everything I heard about Stoute, he seems pretty good at what he does. Stoute's Wikipedia says he was a music executive at Geffen and Sony that helped grow the careers of people like Will Smith, Mary J. Blige, and Nas, founded a successful marketing firm, became CEO of a successful hair/body care company, authored a successful book about the influence of hip hop on America, and may or may not have had a champagne bottle smashed on his head by Puff Daddy.

We can debate about who should be put in charge of rebranding the Knicks or if it will even matter as long as James Dolan is the owner of the team. But there is no denying that the team could use a public facelift or 10 after the last 20 years of pure hell since the Knicks brand is about equal to names like Chernobyl. Stoute was the man put in charge of putting some lipstick on the pig at 33rd and 7th. I don't know how much he was involved in the hiring of Leon Rose and World Wide Wes. But he sure made it seem like he is very much involved in the basketball decisions of the team.

Yup, that's the rebrand guy talking about how the Knicks need a new coach despite having one who has them playing better than they have in years, which is about on brand as it gets.

Then the Knicks did what the Knicks usually do, which is put out a statement apologizing/clarifying the latest PR fuck up. 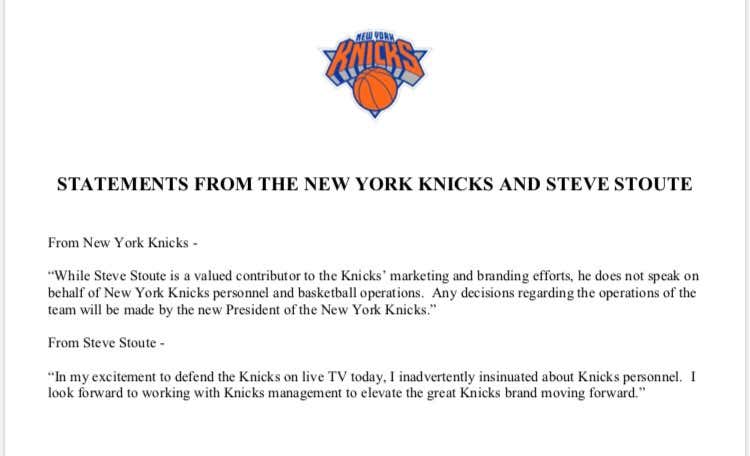 Granted that fuck up isn't usually by the person brought in to stop the fuck ups from happening. But most franchises aren't the fucked up New York Knicks. For all this talk about rebranding, this sure as shit felt like the same old shitty brand Knicks.

Honestly at this point I don't even know who to blame because James Dolan brought this guy in to try to make a franchise owned by James Dolan seem like it isn't a chaotic hellhole run by James Dolan. But at the same time, does this all happen if the owner of the team is anyone other than James Dolan? A true chicken or the egg scenario that ends with the chicken, the egg, and the Knicks fans all getting fucked.

The Winter Mets and the Summer Knicks. Forever linked by their city, their colors and their ability to embarrass their fans. 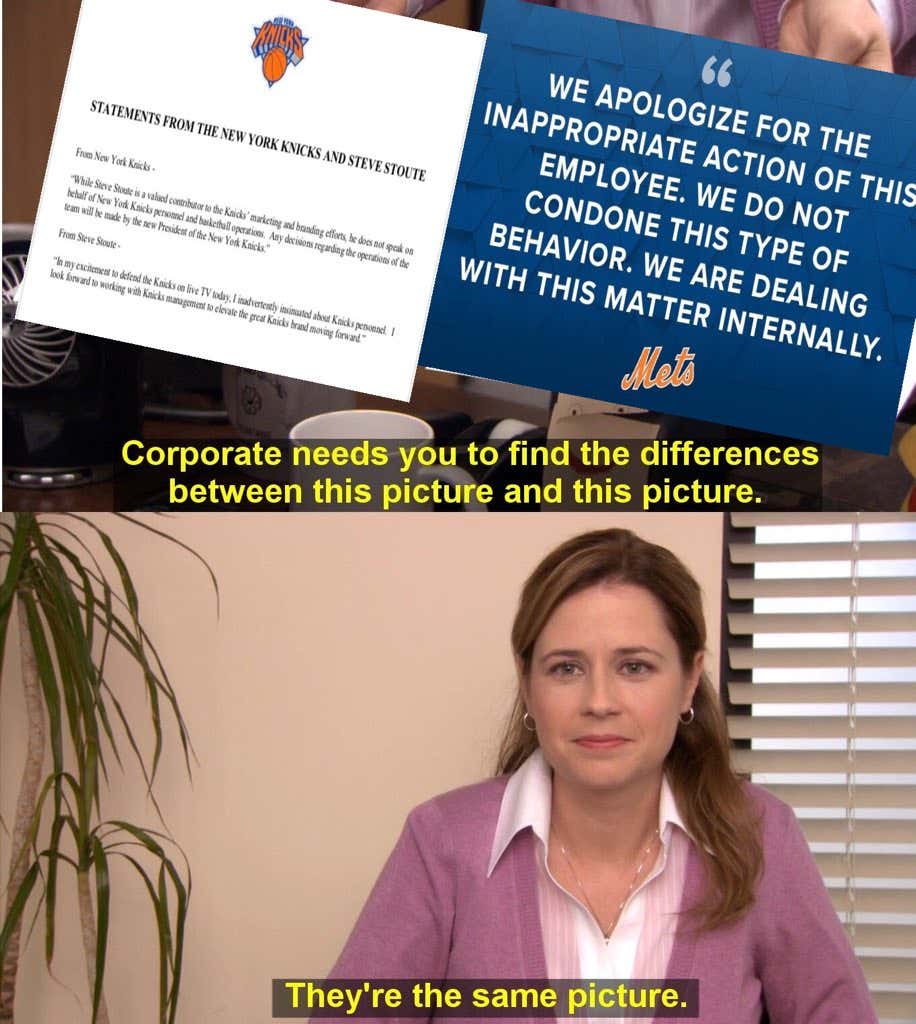 Oh yeah and despite all this fucking bullshit on top of all the other bullshit from over the years, Forbes' annual list of most valuable franchises came out and you know who came in first?

Yup, the franchise that has given their fans almost nothing to root for but still make a comical amount of money because of how many fans support the team no matter what!

TL;DR - I think we need a rebrand for the rebrand.