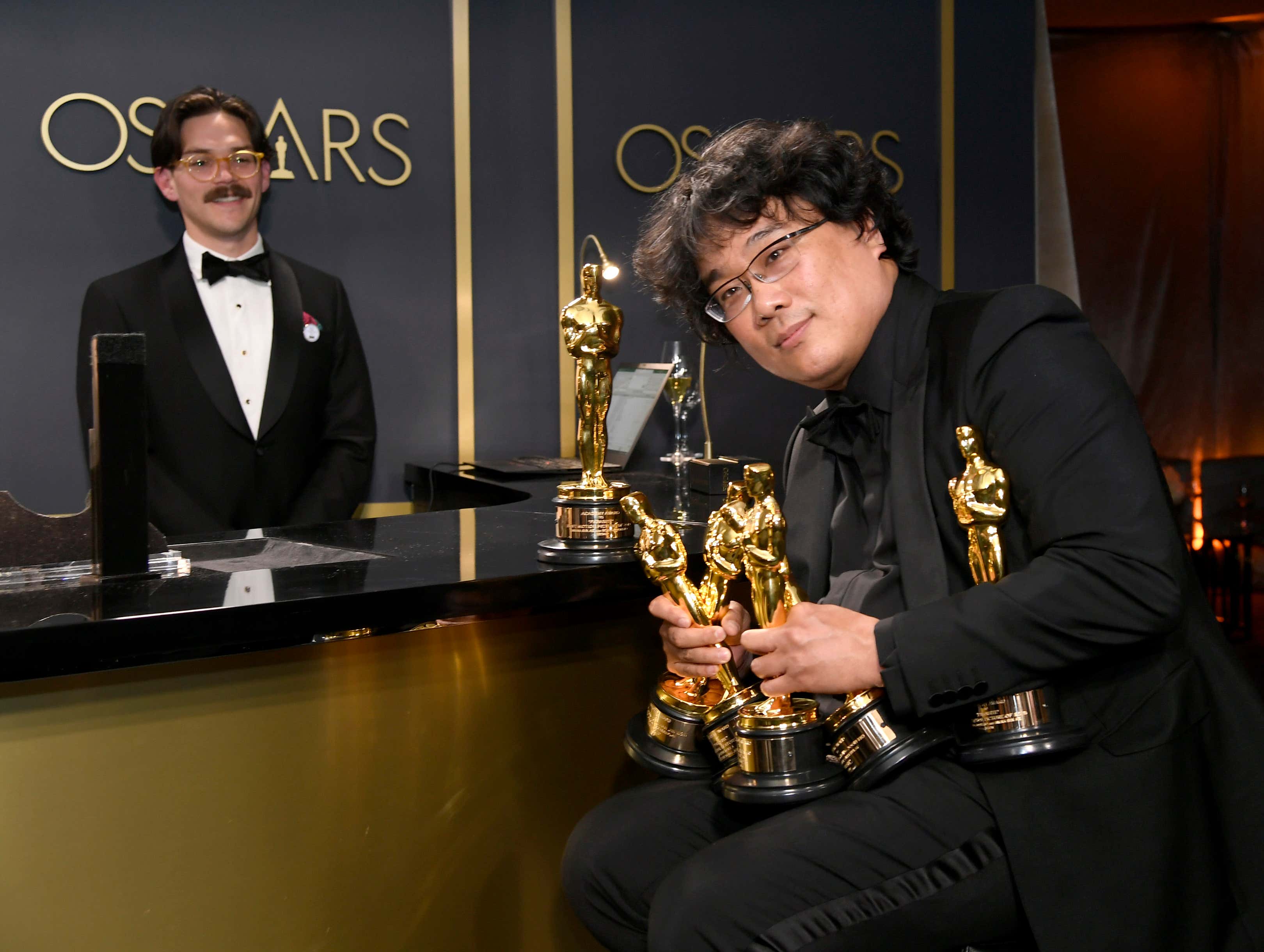 Last night the whole world fell in love with 'Parasite' director Bong Joon Ho and rightfully so. You know it's just nice when you win an award and are genuinely happy to win said award rather than make a speech about milk. Bong Joon was just appreciative of all the directors before him and was ready to get drunk.

My guy tied Walt Disney's Oscars record with the most wins in a single night (4). So what did he do right after the show? He went to the bar/engraving station to flex. Who did he meet there? Last night's winner for best actress, Renee Zellweger. Renee could only muster one singular win and was there sitting with her award. Only one! Bong Joon Ho strolled right up to her with all of his awards and plopped them right in front of him. The flex of all flexes. I mean Renee couldn't have gotten out of there any quicker. What a move by Bong!

When you have to apologize to the engravers for having too many Oscars you're doing something right.

Have a zillion beers this week my friend. And go see Parasite if you haven't.