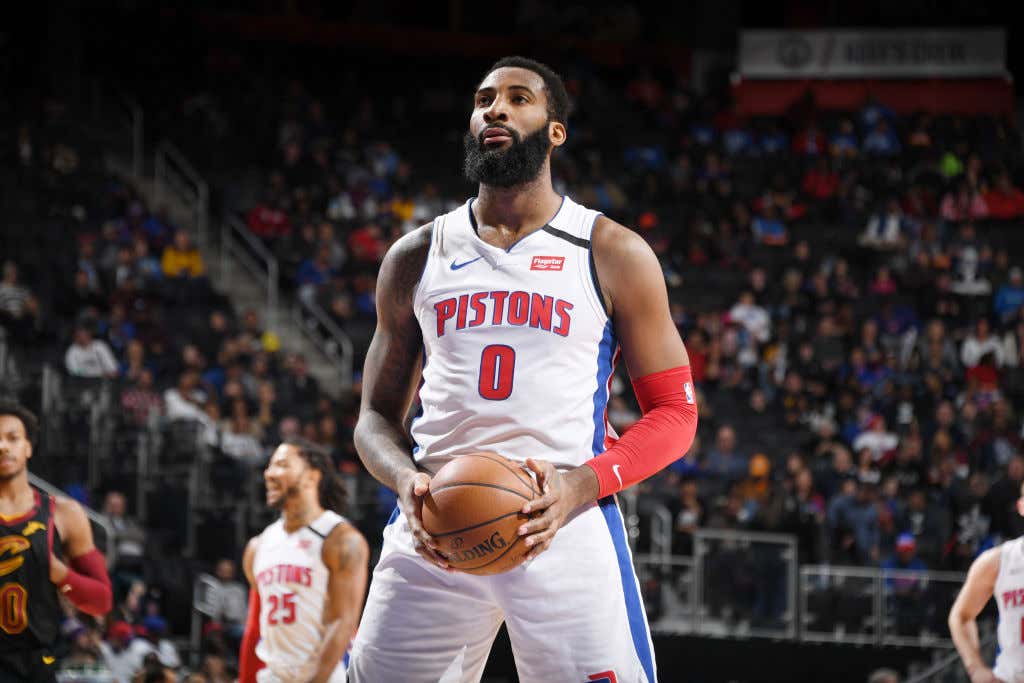 OK so now things are getting nuts. Just this morning the Pistons said they were most likely keeping all their dudes. Well now here we are and they traded Andre Drummond to......the Cavs? For what exactly? Oh nothing, that's right. So there are two ways to look at this, the first is from KOC, that they were fearful Drummond would opt into his final year at $28.7M. That's certainly possible because after today there are basically no teams with space outside of the Knicks. But then there's also the angle that maybe they felt like he was going to turn that number down and they didn't want to lose him for nothing. Granted they didn't exactly get anything in return but it does help clean up their cap sheet. Knight is in the last year of his deal this season as is Henson. Now I don't know what free agent they think they are going to bring in this summer, but at least they have flexibility if they truly are going to just blow it all up.

For the Cavs, Drummond is definitely the best they could do on the open market, and at least they get a look at him before deciding what to offer him this summer. They do have a logjam with Love/Thompson/Drummond so that could be an issue, but for them this is a no brainer in my opinion. Didn't cost them much so there's no harm no foul. The picks included are whatever, they now have some options in terms of additional trades to bring back assets, and they are headed for the lottery so why not take the risk.

It does feel like this is one of those moves you have in your fantasy football league where a team makes a good player available and then doesn't tell the rest of the league and ultimately accepts a trade that is mostly trash. There really isn't a team out there that had expiring contracts that could have taken a flier on Drummond? That's the real market value for a young center who is the best rebounder in the league? That's crazy if true. Also, does this mean Derrick Rose is now available? What's the point of keeping him now? Blake is done for the year, they are shopping Luke Kennard and they just traded Drummond. Keeping Rose now would just confirm that the Pistons might not have any fucking idea what they are doing.