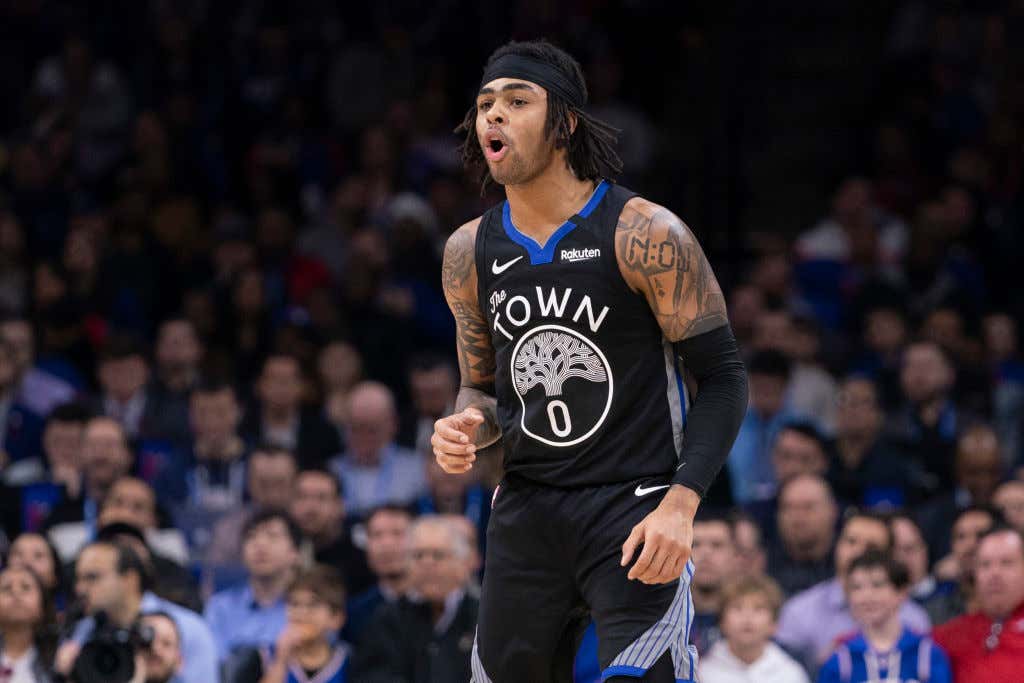 There it is! We heard about this potential move yesterday as part of the massive 4 team mega deal that kicked off the trade deadline madness. But then reports came out that maybe the Warriors were interested in holding onto DLo and that's where Denver came in as the surprise fourth team. The Warriors were saying they were interested in seeing DLo and Curry play together, and that lasted a total of 1 day. We got the Woj Bomb we craved when these rumors first hit the internet and we can look back and laugh at the notion that this was going to be a quiet trade deadline.

For the Wolves, this is a move you had to make. You have to do everything you can to keep KAT happy and bringing in one of his best friends is certainly one day to do it. Remember they were in on DLo this past summer, they traded every point guard on the roster and you knew they wouldn't do that unless they had something else up their sleeve. They also finally get out of the Andrew Wiggins business which any Wolves fan will tell you hasn't been all that great. Tons of potential, but the dude got the bag and stopped trying. You got the sense that KAT didn't love playing with him either, so you basically killed two birds with one stone. I think we can finally say that Russell has a home for the remainder of his max contract, and it'll be fascinating to see how him and KAT work together. Can he bring them to the playoffs next year like Jimmy Butler did? You don't make this move unless you think he can.

On the Warriors side, the question now becomes will Wiggins get the standard Warriors bump. He now has a completely different role on that team, and if he can fill the Harrison Barnes role I guess that's a win. They also land a valuable pick that will most likely be high lottery. Not a bad return for a team that is also adding Curry/Klay/2020 Lottery pick in the near future. They lose some low contract shooters in Omari Spellman who has played well for them, but this is definitely worth rolling the dice. It's not like they NEEDED DLo, and basically they turned Kevin Durant leaving into Wiggins/lottery pick. You could do worse.

A lot is happening so it's hard to catch your breath, but that's the beauty of Trade Deadline Day.