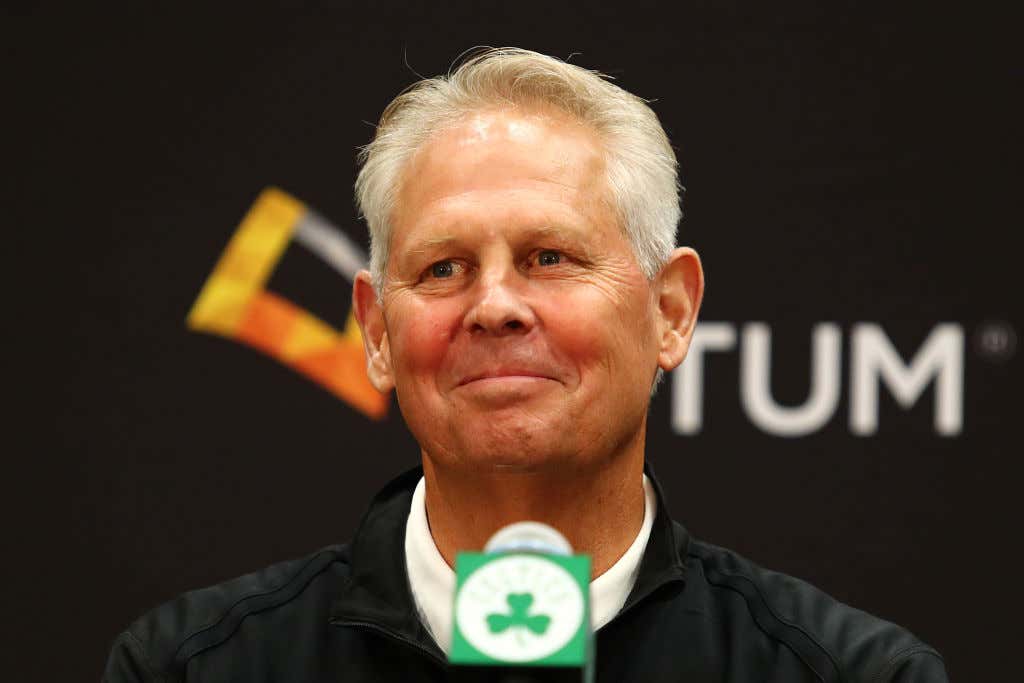 Ah, Trade Deadline Day. When all of us do nothing but refresh Twitter and overreact anytime our phones vibrate with a notification only to get angry when it isn't trade news. When you don't really care what happens, you just want your favorite team to be part of the action. A time when any fan who sees their team add a piece immediately thinks it's what is going to take their favorite team over the hump and win a championship. You can already find that very blog on this here website. It happens every year and it's why today is one of the best days on NBA Twitter.

But for Celtics fans, it can be complicated. Every single year we all know the chances that Danny Ainge does anything at the deadline is slim. You want to look at it rationally and see their cap situation and the type of contracts they have make things difficult. You add to it the team is on a 57 win pace and competing for a top 2 seed, and people get restless. They want a move just to have a move, even though we always knew the chances were going to be slim or any move would be minor. When ultimately they do nothing, people come out and kill Ainge for not making a deal, even if there was nothing to be had. We're already seeing it already with Clint Capela and the Alec Burks trades. Celtics fans get a little crazy this time of year, even though we've been down this road before. We should know better, but it's hard to resist.

Who knows if Ainge is able to find something before 3pm. But what I can assure you is that you are 100% going to hear about how they were in on a certain trade, or made an offer for Player X. It's a given that we are going to get one of these lines at some point from Ainge/Wyc today

Accept it now, and it will make today much easier to get through for those of us who root for this team. Remember, there's always the buyout market, and even if Ainge isn't able to consolidate any of his picks now, he can still do that this summer. We haven't seen Ainge make a trade deadline deal since Isaiah in 2015, but we have seen him be active in the buyout market. There are ways to add pieces to this team without making a deal just to make one. If he sits out the buyout market as well, that's a little different.

It's just important to remember that no matter what they add if they are able to find a minor deal today or add in the buyout market, those are not what is going to get this team over the hump. The success of this team comes down to Kemba/Jaylen/Tatum/Hayward/Smart. There are weaknesses we would all like to see them address, but ultimately how deep this team goes comes down to those guys, not a trade deadline addition. Like say they trade for a low cost big. That doesn't suddenly get them past MIL, and any notion that these guys are going to stop Giannis is just hot air. I heard that a lot with Capela and the evidence just doesn't support it, but he's a name so people just assume it's true. It might be annoying as you see other teams make moves but it's important to remember. This team will go as far as the core takes them, and will not be done in if they don't add today. If they do and it only costs minimum assets, great. If they don't and we wait until the buyout market, great. We've been doing this dance for long enough where none of this should be a surprise.

Now if you'll excuse me, I have some Twitter refreshing to do.