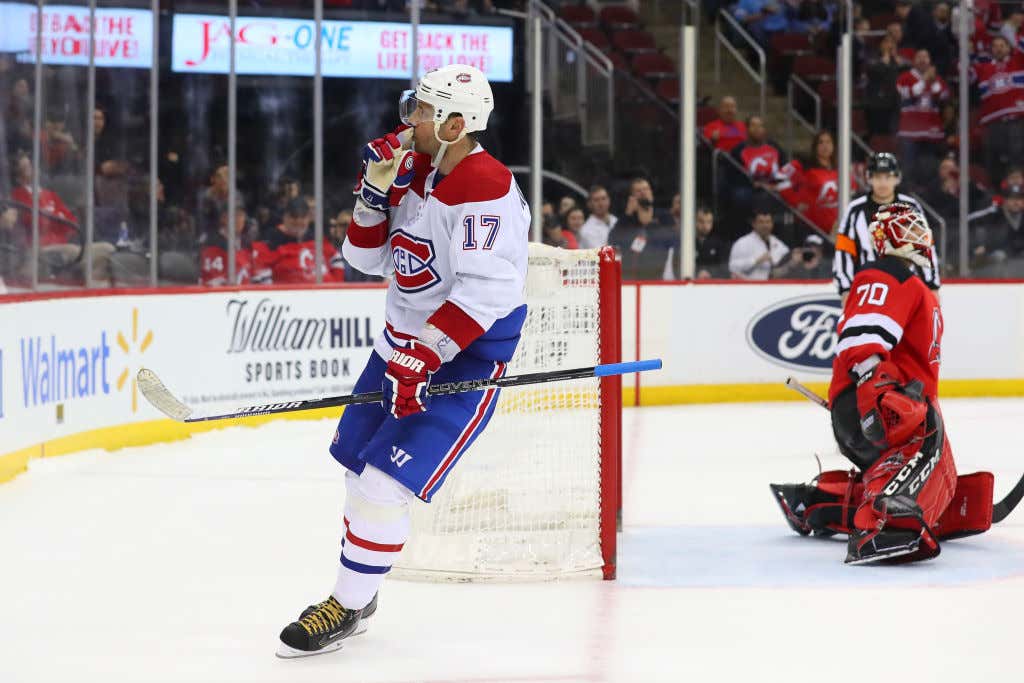 One of the things we've learned so far this NHL season is that playing for the LA Kings is actually worse for you than spending a few years in the KHL. Ever since the Kings terminated Kovalchuk's contract and he signed with the Habs, he's had 5 goals and 10 points in 13 games. Not exactly setting the world on fire like another 30+ year old Russian is currently doing, but still showing that he has plenty left to offer in this league. His value was at an all-time low in LA but now Kovalchuk is at a point where the Habs should be able to move him to a contender at the deadline.

But I don't want this blog to be all about shitting on the Los Angeles Kings. I'd rather take the time to shit on the other team from the 2012 Cup Final. Because after spending the entire game booing Ilya Kovalchuk last night, this sick bastard stuffed home the eventual game winner in the shootout and proceeded to shut all those bozos up.

Signs a colossal 17-year, $102 million deal with the Devils in 2010. The NHL then steps in and says, "woah woah woah. Hold the fuck up, you psychopaths. What are you? Crazy? You can't do that". To which the Devils then responded with an equally absurd but more legal 15-year, $100 million contract. Kovalchuk goes on to score 201 points in 222 games with the Devils, leads them to a Stanley Cup Final appearance with 19 points in 23 playoff games. Then retires after 3 years into that 15-year deal because the NHL was a total joke with that lockout in 2013. Then flash forward 7 years and Kovalchuk walks right back into the barn where he signed a $100 million ticket to play in until he was 42 and cashes in the game winning shootout goal for the away team. All while these idiots were booing him the entire night.

And here's what I'll say to the Devils fans right now--how about you mix in a fucking clue every once in a while. Do you guys seriously not understand this by now? Do you guys seriously still think that Kovy is the bad guy in this entire situation? Because if anything, Kovalchuk should be your favorite player in hockey still. Granted, your team fucking sucks so I get you probably hate seeing him have some success now. But Kovalchuk retiring when he did was a miracle for the Devils. He saved the organization $77 million by walking away from that contract, and then they never had to worry about trying to figure out a way to trade a 36-year-old Ilya Kovalchuk with a cap hit of $6.66 million. It's not Kovalchuk's fault that the organization couldn't get anything done with all the money and cap space he saved them. It's not Kovalchuk's fault that the organization decided to sign him to that massive deal which essentially forced Parise out the door. Again, mix in a clue here. Kovalchuk isn't the bad guy. Your organization just doesn't know how to operate when they don't have quite possibly the greatest goalie of all time between the pipes.

But you've outed yourselves as simple minded fools and Kovy shut you up real quick. Tough break for an already devastating season in Newark. Guess that's just the way she goes.