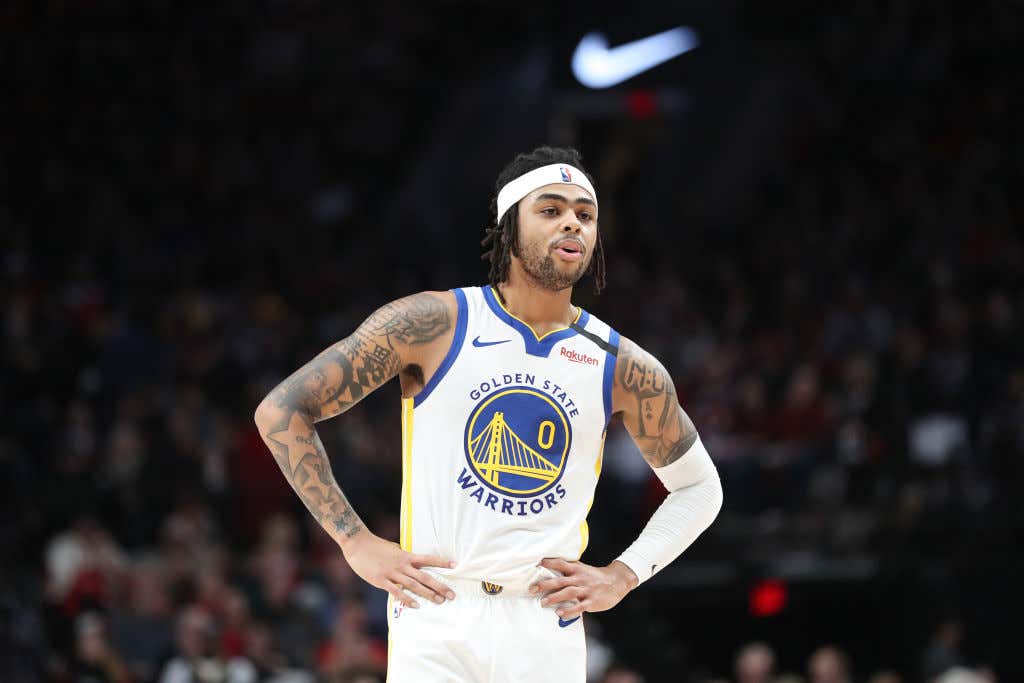 All day we've been hearing about this potential 4 team mega trade. As I type this we haven't had the official Woj/Shams bomb, but it certainly sounds like things are heating up. First there were reports that the Warriors wanted to see DLo and Curry actually play together before trading him, then we heard earlier today that there were discussions going on but there was still a ways to go before all sides could come to an agreement

and now we have what could potentially be the structure

This does align with the rumors we heard over the last few days in terms of ATL being in on Clint Capela and HOU wanting Robert Covington. DLo and MIN have some history considering they wanted him this past summer, they desperately need a point guard after trading Jeff Teague and he is basically best friends with KAT which is important since they need to do everything they can to make him happy.

My question is, why would GS do this? It can't be a money thing, Wiggins has a max deal too who is also locked up for a handful of years, and last time I checked he is not a better player than D'Angelo Russell. It does balance out their roster a little bit considering Steph Curry exists and they technically need a wing to help fill the KD role, but at the same time they might not even get to see Wiggins play because Draymond Green is going to murder that dude as soon as he has to share the floor with him. Something tells me Wiggin's work ethic isn't going to impress Draymond.

Of course nothing is official until we get the Woj bomb, but how do you feel about this 4 way? For a team like HOU that wants to shed money to get under the luxury tax it makes sense for them. I guess the Hawks would play Capela and Collins together which is interesting (unless they are going to move Collins which was a rumor), and MIN gets their much needed guard. The big thing is the Warriors turning their best trade chip into Andrew Wiggins, and maybe he gets that GS bump like players often do when playing with all that talent, but sheesh the reality is they went from KD to like 4 months of DLo to Andrew Wiggins. That's rough.

So what say you, should everyone pull the trigger?