Yup, we're doing Dad Tears today because that was fucking awesome. I feel like for the most part dads don't get the sad tears because moms usually do a better job putting out the water works with their nurturing nature and hugs. I remember my sister was once crying about something that happened while we were watching the series finale of The Sopranos and he rubbed her head with his foot while awaiting to see Tony's fate instead of hitting pause on the DVR because his Dad brain wasn't programmed to handle that outpouring of emotions leaking from her eyes.

However, dads were made to handle happy tears. Thrive at it even. Look at the pat and rub Papa Mazzella gave his boy while his eyes resembled a faucet of a house knocked over by the Wet Bandits. The perfect amount of tender love mixed with manly embrace. They don't teach that shit in Dad School. That's just pure parental instinct taking over. Mike Shanahan's embrace with Kyle after the Niners won the NFC wasn't as warm, but if you grade it with a Football Guy curve, it's actually really sweet.

I also #RE2PECT the shit out of Papa Mazzella for meeting his son halfway by wearing a Chiefs jacket during the biggest game of kid's his life but also repping The Shield on his hat because he wants to support the company that employs his boy. Peak dad move. 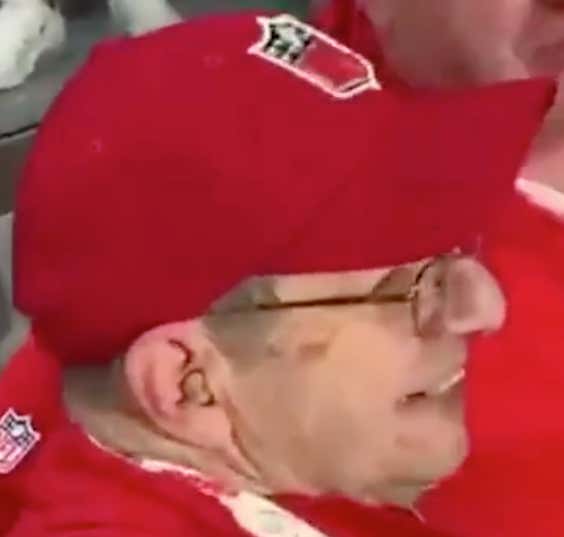