What a wild scene this is down in Alabama. A girl's basketball game just turning straight into the Malice at the Palace. There's a lot going on here so we'll try to hit all the highlights. The first thing I noticed? This chick attacking people with a water bottle. 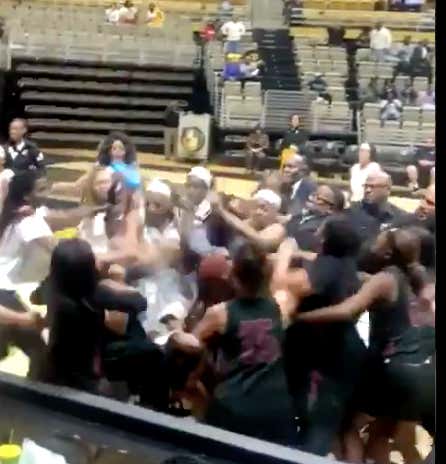 Bold move to think water will work here as haymakers are being throw left and right. That's the definition of someone who wants to have her teammate's back but doesn't want to catch a fist to the face. We've all been there. Use whatever is at your disposal when a fight breaks out. Silvio De Sousa grabs a stool, this chick grabs a water bottle.

Then there's number 11 down by the scorer's table 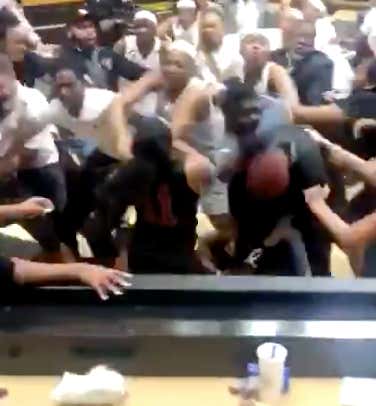 She is very much with the shit. I missed her the first couple times because she sort of pops up out of nowhere, but she comes out FIRING. She can play on my team any day of the week. You don't just shove her to the table and get away with it. She breaks the hold from a coach and it's Mike Tyson time.

Shout out this guy 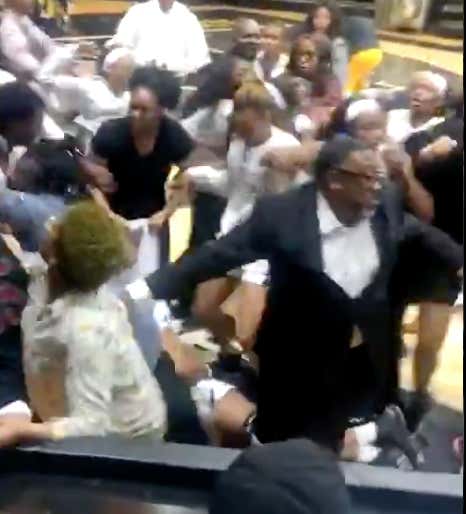 I'm not sure who he is but he plays a key role in a fight. The guy who does the arms completely out to break it up. This is a standard in any brawl and he executes it perfectly. Not only that he starts tossing girls left and right to help break it up. A star in the making here.

This was a legit fight too. We had haymakers. We had a chick on the ground. We had shoves. We had hold me backs. It had everything. Oh and of course this happened on First Responder's Night. Just perfect irony here.