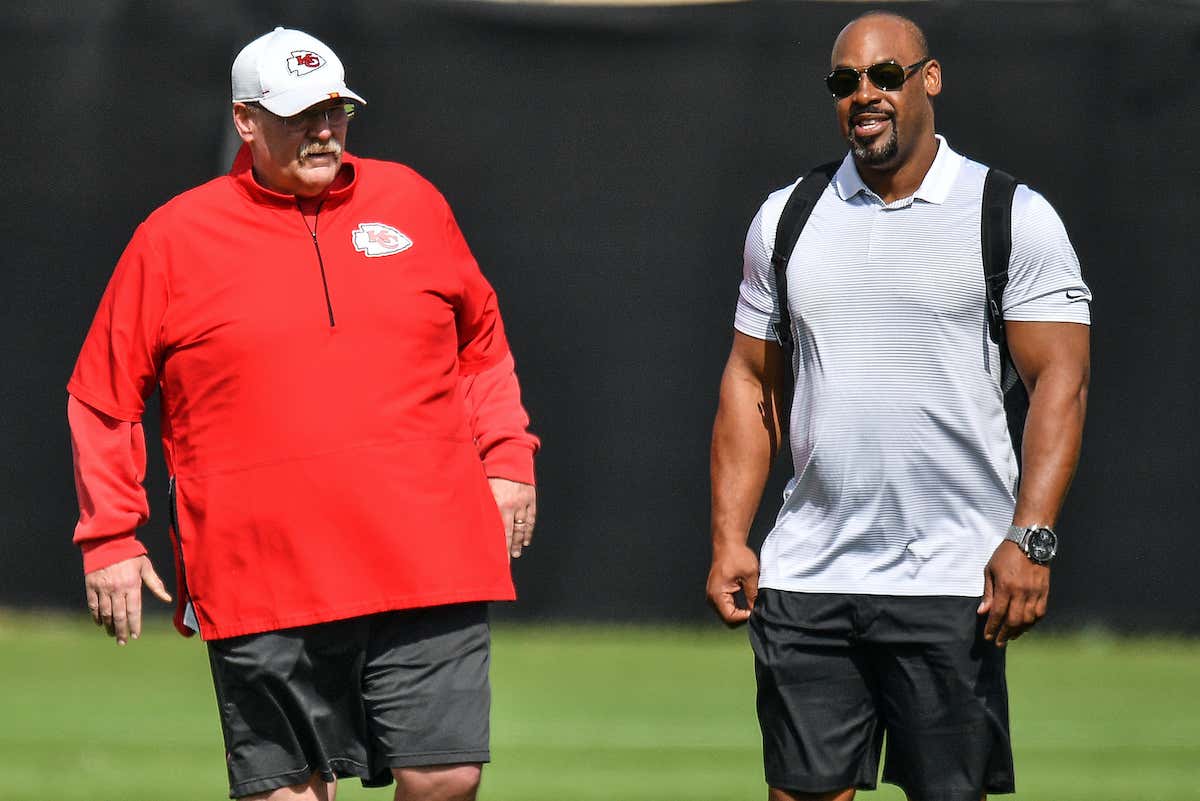 Patrick Mahomes was the MVP. Tyreek Hill had that massive catch. Travis Kelce got himself into the end zone. Andy Reid led the way all season. There are plenty of people who deserve an incredible amount of credit for the Kansas City Chiefs waking up this morning as Super Bowl LIV champs. But if you've ever been a part of a team before, you know that it takes all 53 players in that locker room and every single coach doing their job in order to achieve greatness. From the top to the bottom. It doesn't matter if you're the MVP or you didn't get a chance to step onto the field until after that final kneel. Everybody plays a role.

Which is why Donovan McNabb deserves a Super Bowl ring. Because without him giving a speech to the team right before the Super Bowl, who knows if this ever happens. Who knows what would happen if the Chiefs had to stare down that 10-point hole they found themselves in if they didn't have the words of Donovan McNabb to spark the comeback. Maybe they just fold like laundry and that handsome son of a bitch Jimmy G gets to bath the Lombardi in olive oil last night.

So what did Donovan McNabb tell the boys before playing in the biggest game of their lives? What did he say to inspire that greatness from within to complete that magical 4th quarter comeback?

Real champs eat at McDonald's, and don't you ever forget that.

P.S. - I'm counting this as a another championship for Philly and there ain't shit you can do about it. City of Champs just don't quit.