Last August, at UFC 241, Nate Diaz returned to the octagon following a three year layoff, and he beat the FUCK outta Anthony Pettis for three straight rounds - successfully putting himself back in the win column.

After the fight, he declared himself the holder of the “Baddest Motherfucker In The Game” Championship, and challenged fan favorite Jorge “Gamebred” Masvidal to a scrap for that title. Fans went crazy for that, and the UFC capitalized by booking the fight in a main event slot at Madison Square Garden - but more importantly, by creating a physical “BMF Championship” - and the entire aura around the title just took on a life of its own.

The President of the United States was in attendance for the fight, The Future President of the United States awarded the belt to Jorge Masvidal post-fight (after his victory), and the hype hasn’t died down one bit since. Conor McGregor has mentioned that he wants his hands on that championship, Kamaru Usman feels slighted that more was put into that “fake” title than his UFC Welterweight Title, fighters like Justin Gaethje and Jeremy Stephens want BMF Championships for their respect divisions, and the fans are just CLAMORING for more.

Soooooo when Tony Elliott aka TEO aka Total "E" Outstanding aka The Bo Jackson of Midgets declared himself the "Baddest Motherfucking Midget in the World" in calling out our current Lightweight Champ Smidge out, we knew what had to be done... 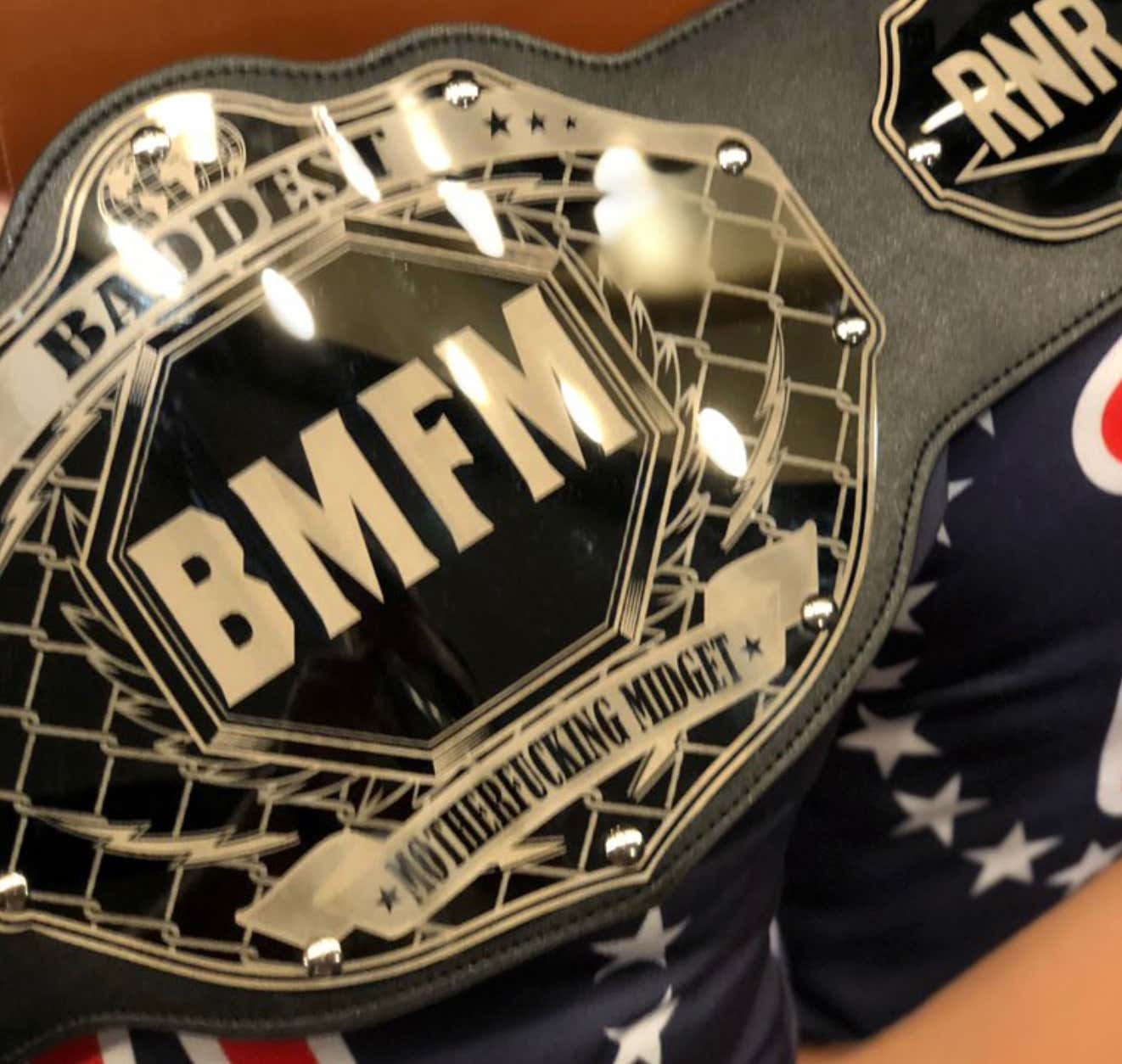 If TEO really is the superstar he claims to be, he'll prove it tonight and hoist our newly created BMFM Championship high above his head - but we're gonna make him prove it, and he's got RNR Lightweight Champ Smidge The Doorman standing in his way, who is NOT gonna go down without a fight!

This is going to be INCREDIBLE - I promise you that. Don't miss it tonight at BuyRNR.com. 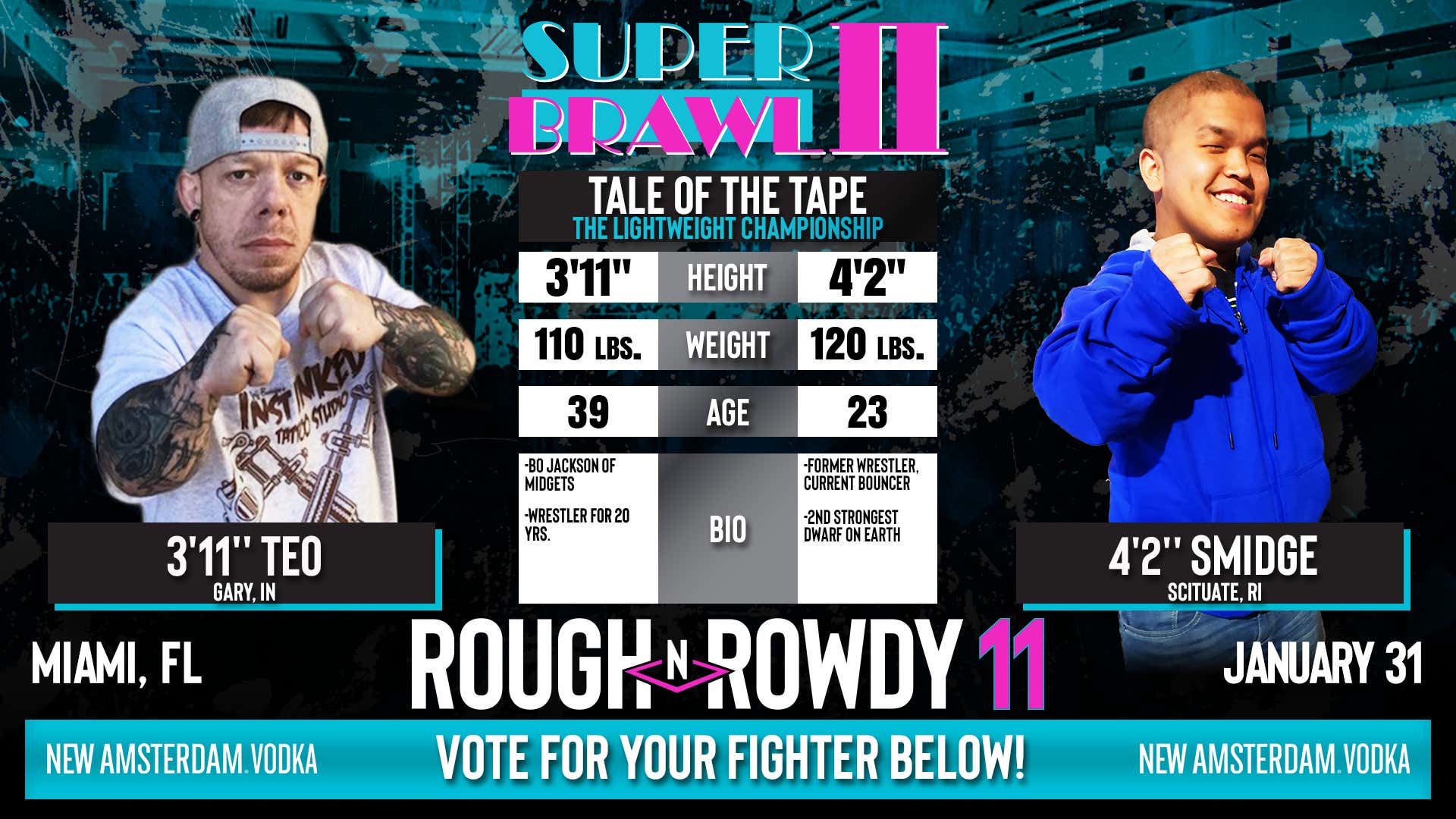