So a week or so back, I broke down all of the Pierce Brosnan James Bond Movies.  While those movies are cinematic masterpieces on par with The Godfather series, the game was even better.  It was truly handcrafted by god himself.  Just a perfect video game in every sense of the word, and the weapons arsenal at Bond's disposal was a big reason why.

So without further adieu, let's break down every single weapon of Goldeneye 64.  I'll do my best to categorize from worst to best.

Also if you used Oddjob in multiplayer mode you're a huge cock sucker and nobody likes you.

The Worst of the Worst: 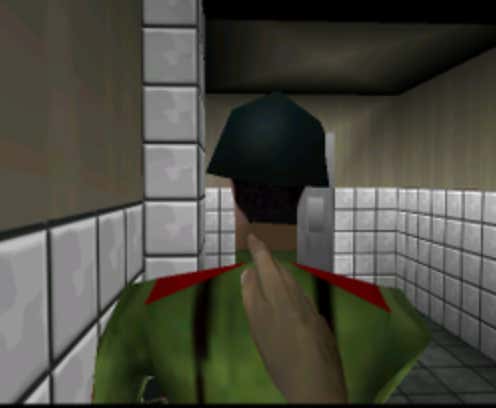 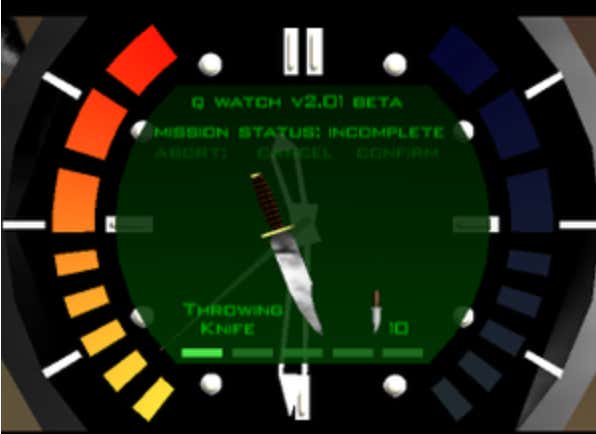 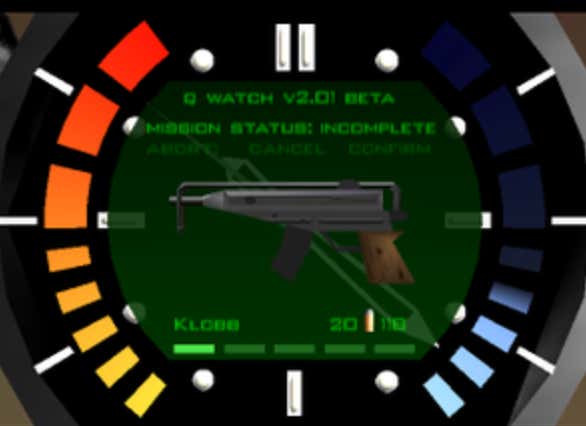 These weapons STINK.  Absolutely fucking disgusting.  Real talk, what the fuck were the developers thinking putting the slappers in multiplayer mode?  I *kinda* get it for single player mode because you can, in fact, run out of ammo but nobody with any ounce of mental capacity wants to spend 10 mins karate chopping their buddy to death in a video game.  What a waste of precious hard drive space (do N64 games have hard drives? Not sure)

Also it was sneaky hilarious how you could aim through crosshairs while throwing knives.  Another oversight by the game's developers. 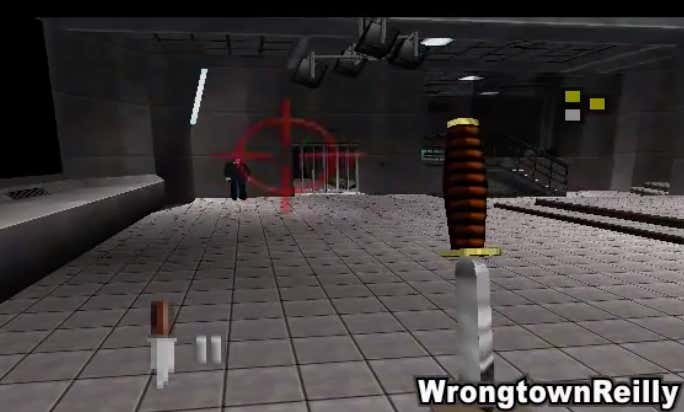 But none of that really matters and is irrelevant in the grand scheme of things.

Let's talk about the Klobb.

The Klobb is the worst automatic gun in the history of the world, video game or otherwise.  I want to spike my computer just thinking about it.  There is nothing worse than running out of ammo for all your other weapons and having to resort to using that piece of shit.  That's not something I'd wish on my worst enemy.  Not even Carl.

Oh, and timed mines are the red headed step child of the three different mines.  Those things fucking blow too.  We'll get to that later though.

Usable, but still kinda stink, but also kinda decent at the same time: 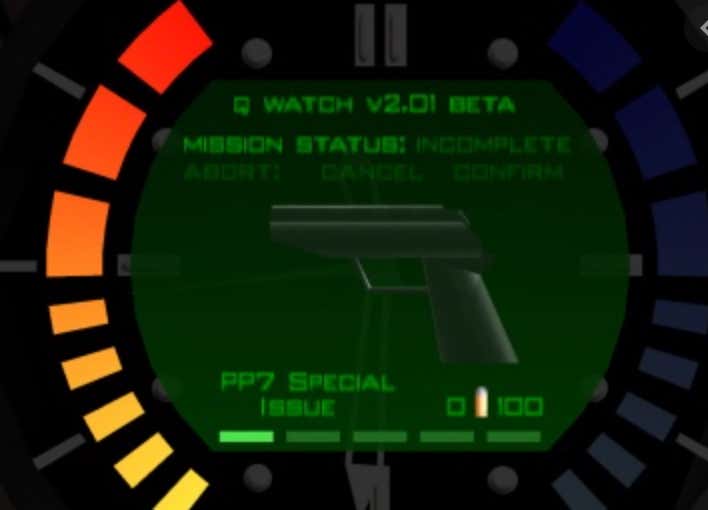 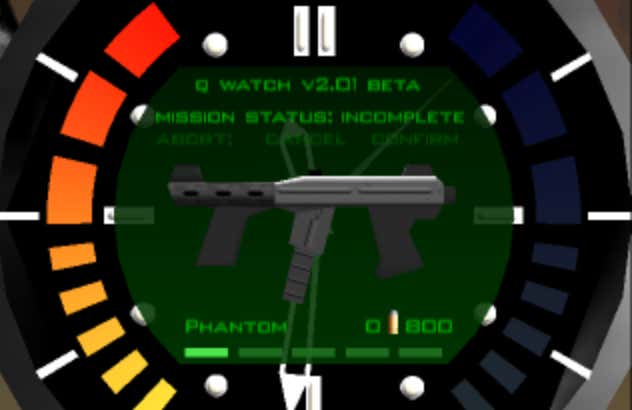 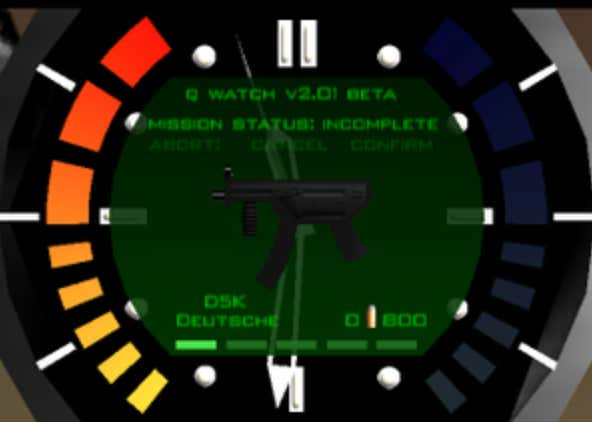 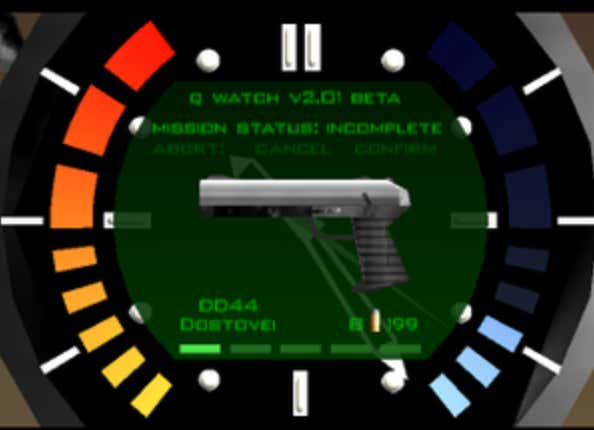 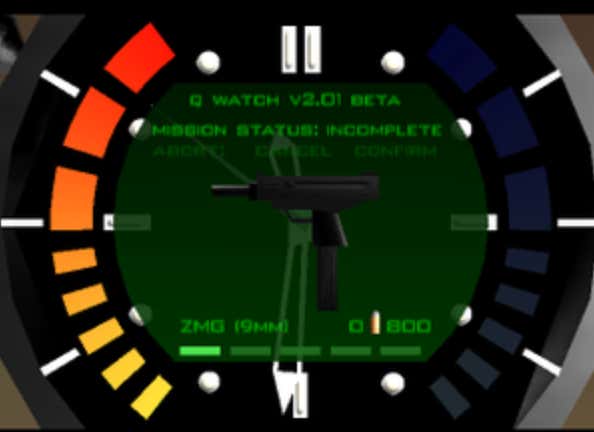 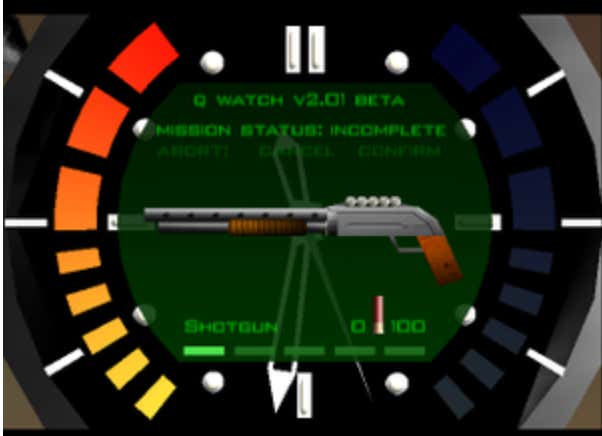 These weapons are what you'll keep in your back pocket if you don't have access to a high power automatic machine gun.  Yeah, the Deutsche, ZMG and the Phantom are machine guns too, but their stopping power just ain't up to par with the other machine guns of the game.  Fuck outta here with them.  Obviously they're better than the Klobb (seriously, fuck that gun) but still not great.  Not at all.  The PP7 is accurate AF but give me a gun where I can hold down the Z button on the controller and fuck up a bunch of Red Army losers.

I will admit, however, I did have trouble ranking the shotgun.  It's great in close quarters, but it's not often you are, in close quarters.   It's definitely better in multiplayer mode than single player mode, especially if you can get your hands on the automatic version.  That said it fucking sucks to reload which is why I have it placed in the decent enough category.

Awesome guns that will fuck you up: 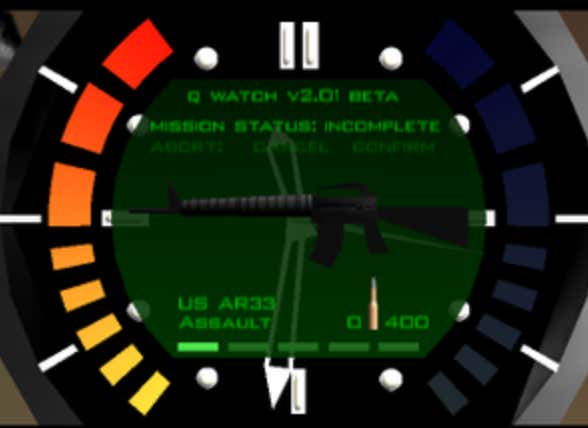 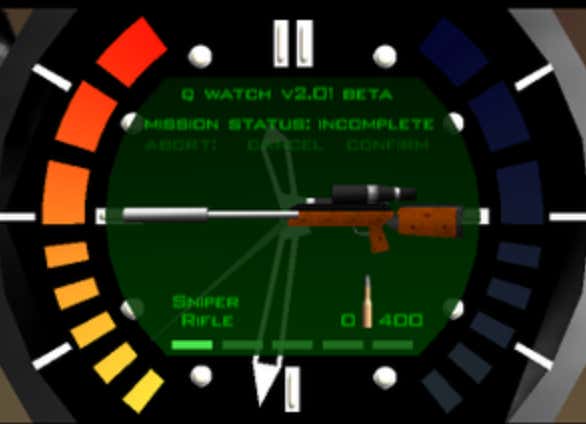 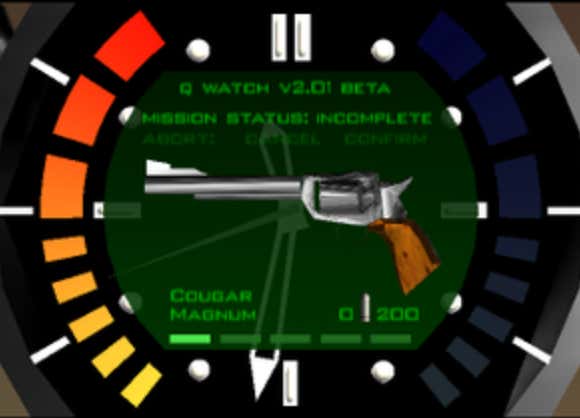 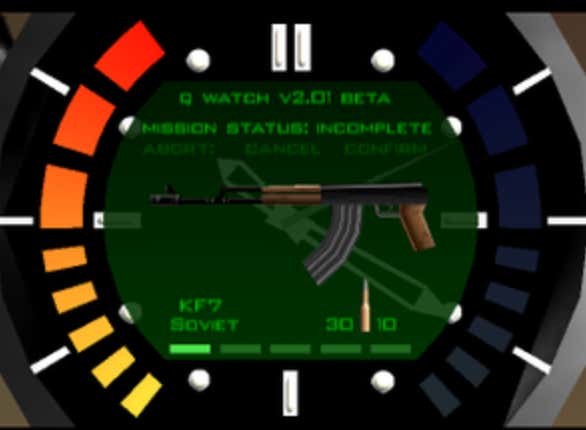 Now we are cooking with *Hawk Harrelson voice* gas, my friends.  The KR7 Soviet and AR33 Assault rifles are machine guns with big time stopping power and typically, they're readily available after you waste a couple of dirty commies.  The Cougar Magnum, on the other hand, isn't.  Sadly it's hard to come by in single player mode. But that gun will fuck you up.  Merked after a shot or two.  Straight up gonezo.

The sniper rifle is awesome for other reasons; obviously you can zoom in on your target (which you can also do with the AR33) but it gets bonus points for being silenced as well.  These guns are some of the best in the game, but they're not so awesome that they'll make the game too easy for you at the same time. 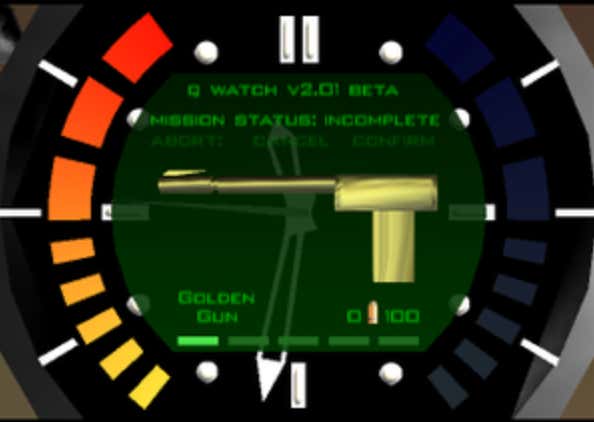 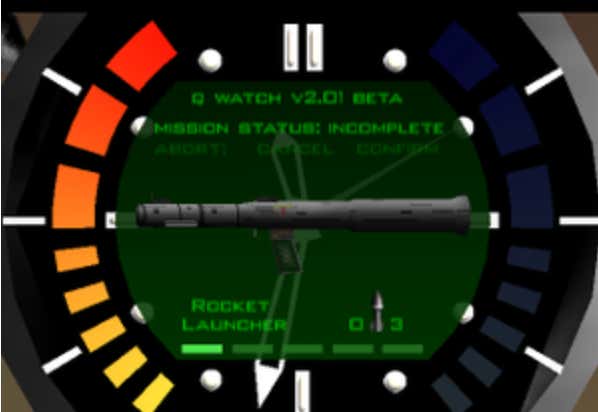 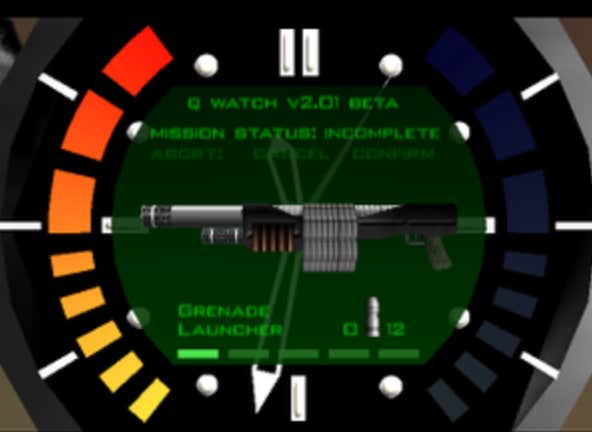 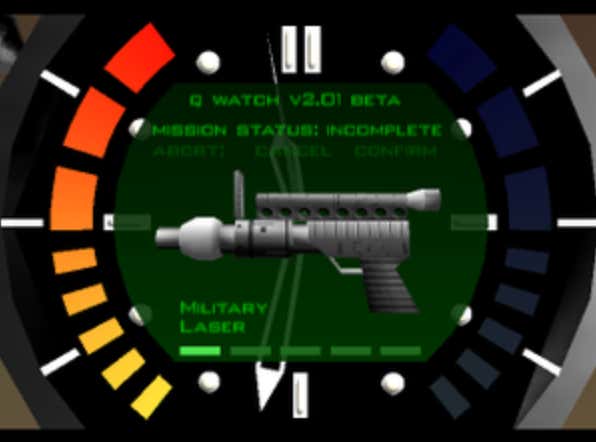 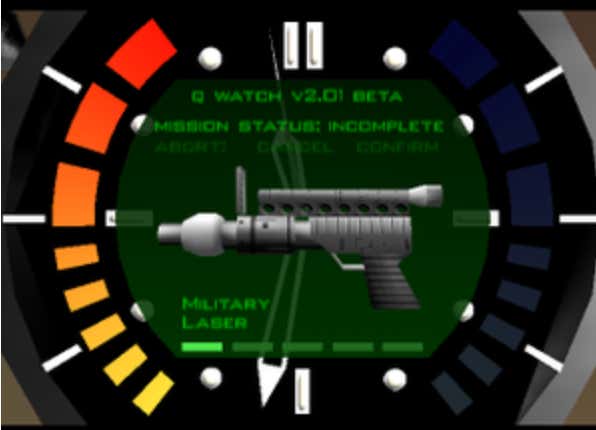 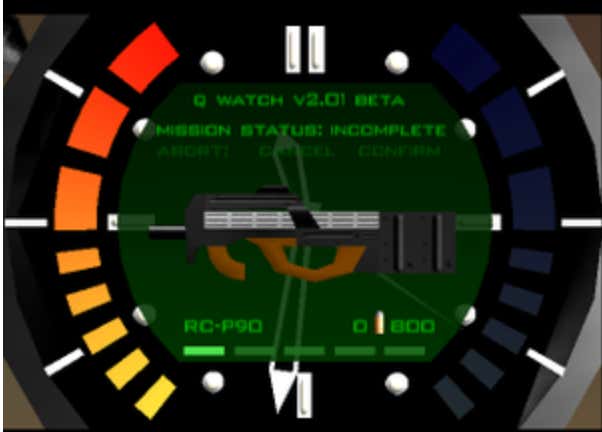 These guns are not for the faint of heart.  If I had a hypothetical son, I wouldn't let him play around with these weapons as they are designed to do one thing and one thing only: kill.  In fact, the RCP-90 might very well be the best weapon in video game history.  If my calculations are correct, it fires at 1,000,000 rounds/second which is faster than the speed of light.

Oh and The Moonraker Laser gun also straight up fucks.  It made the coolest noise of all the weapons in the game and had unlimited ammo and crazy stopping power.  I'm getting rock hard just thinking about how awesome these guns are.  Incredible weaponry.  Hats off (not Oddjob's hat) to the developers for their creativeness with these bad boys.

Oh and speaking of awesome noises Goldeneye weapons make, let's talk about the rocket launcher.  Thing sounds like a goddamn bald eagle about to attack an unsuspecting squirrel every time you fire that badass.  Nothing better than seeing a buddy zooming in on you with a sniper rifle then fucking him up with a rocket launcher to the face before he gets a shot off.  Love that feeling.

I left out the silver and gold PP7s because they're basically the same thing as the golden gun. 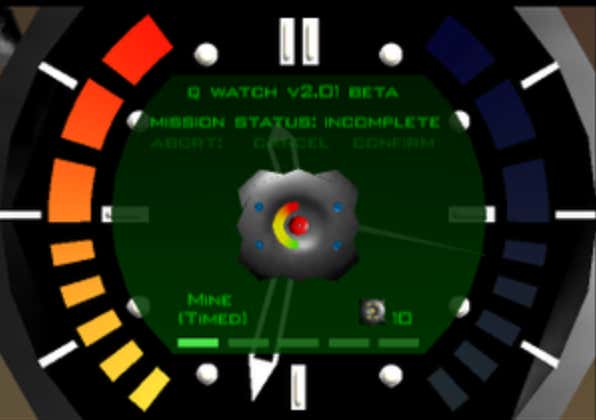 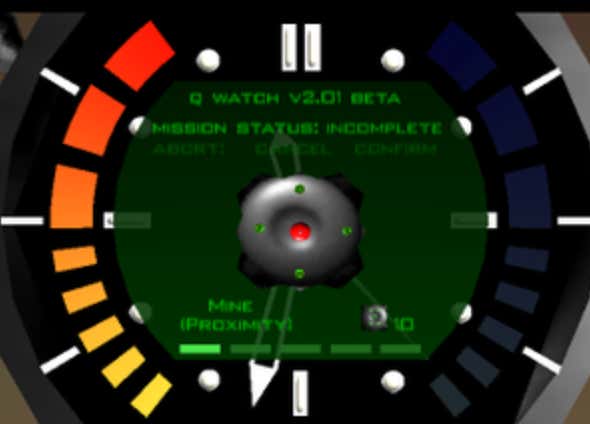 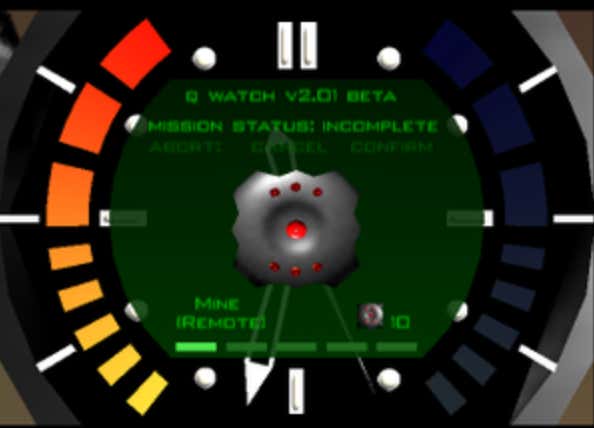 I'm ranking these separately from the guns/launchers.  Obviously everyone loves the proximity mines in multiplayer mode.  "Oh look at my honey, I'm walking through the corridor to go shoot my buddy in his face with a Cougar Magnum in the control room *PROXIMITY MINE DETONATES* AHHhhhhhhhh I'm dead.  What an idiot!

Oh and here's a hack that hardly anyone knows about.  Pick remote mines in multiplayer mode, choose Bunker as the level, go to the control room, and throw enough remote mines at the computers hanging from the single that they'll all explode after one click of the trigger.  Now go and throw another remote mine - boom, you have floating remote mines in mid air that you can use as a remote mine/proximity mine combo.  Don't say I never did nothing for ya.

I've already talked about the timed mines.  BOOORRRRIIINNNGGGG.  Proximity/remote mines in the Bunker or GTFO

There are probably a few stragglers I left out, but these are all of the important ones, but I hope this was yet another fun trip down memory lane for you.  Enjoy your weekend and see everyone at Rod Tuffcurls at Joe's on Weed tomorrow.

PS - the Klobb can go fuck itself