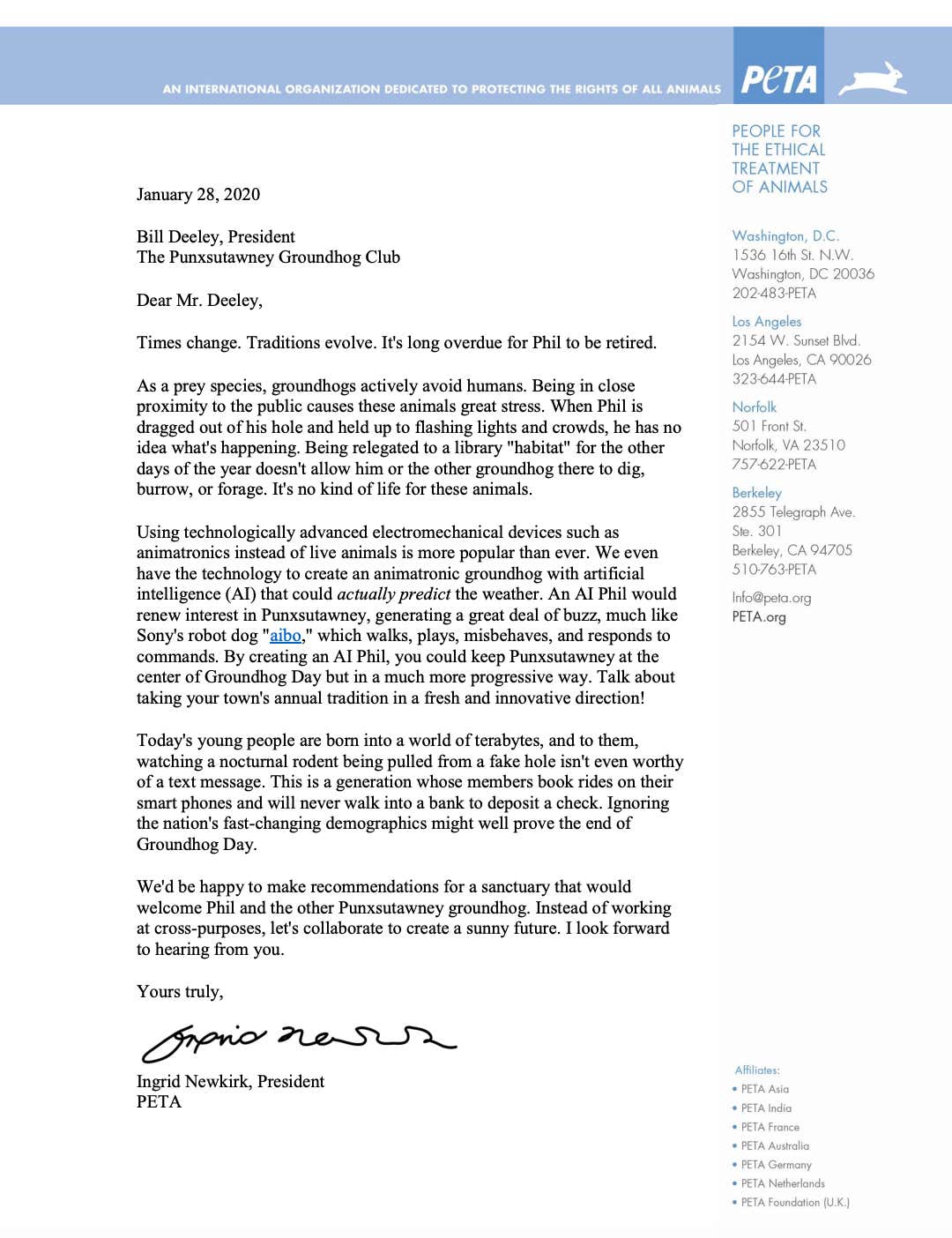 I know it's easy to hate on many of PETA's publicity stunts, but I've been to Punxsutawney, PA way back in the day (before I dropped out of nearby IUP) (#humblebrag) and it did seem depressing AF for the little fellas. Phil & his wife Phyllis were in a small room connected to the library where tourists (and beer bloated college students like myself) tapped excitedly on the glass all day. I looked online to see if things have changed since then, and I could be wrong, but what I saw looks pretty much the same.

Please enjoy these low quality photos from my Facebook as proof of my time there: 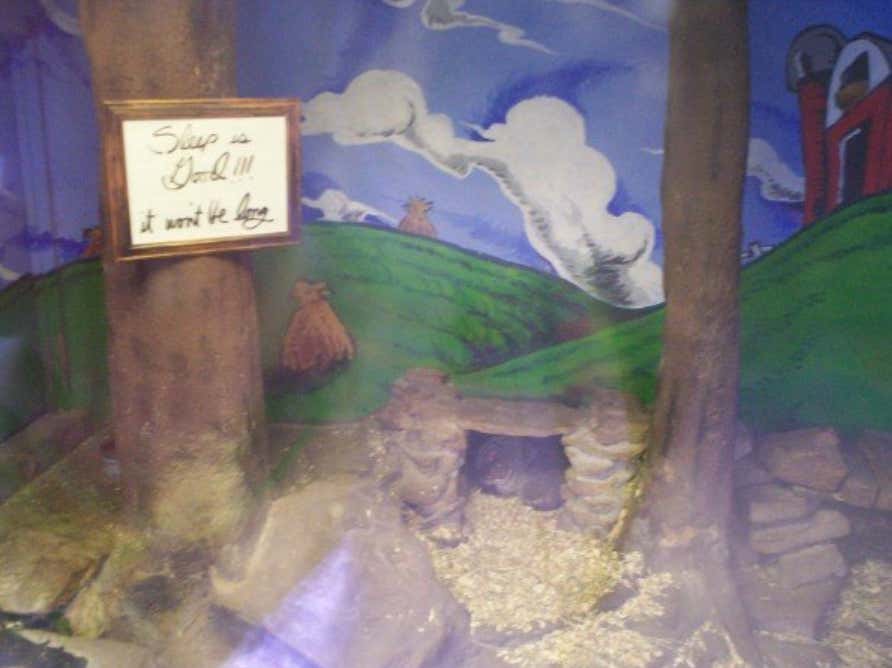 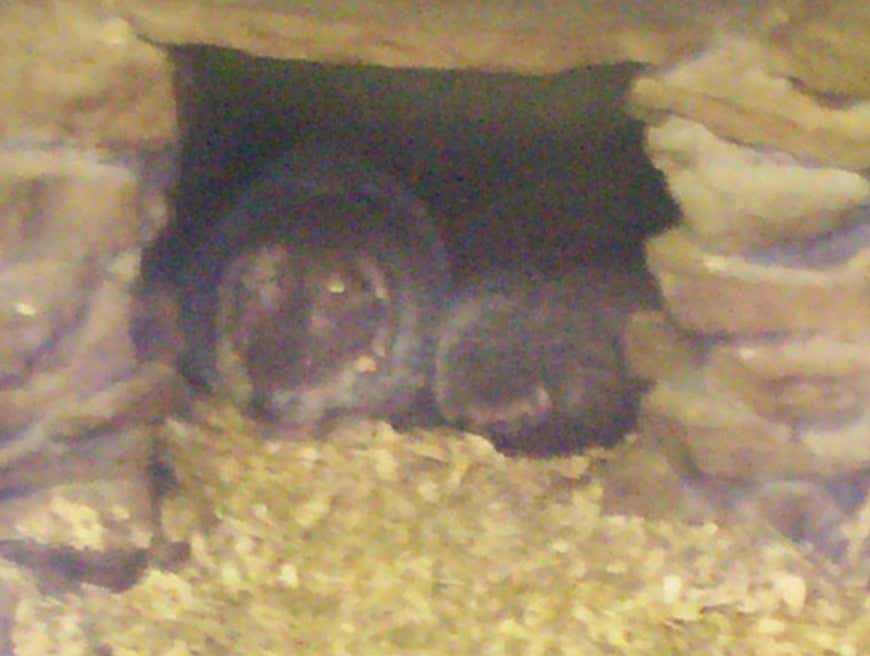 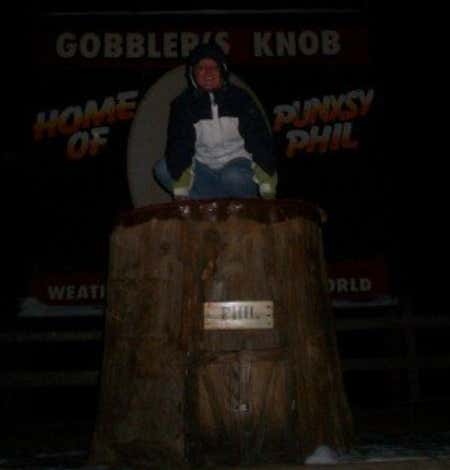 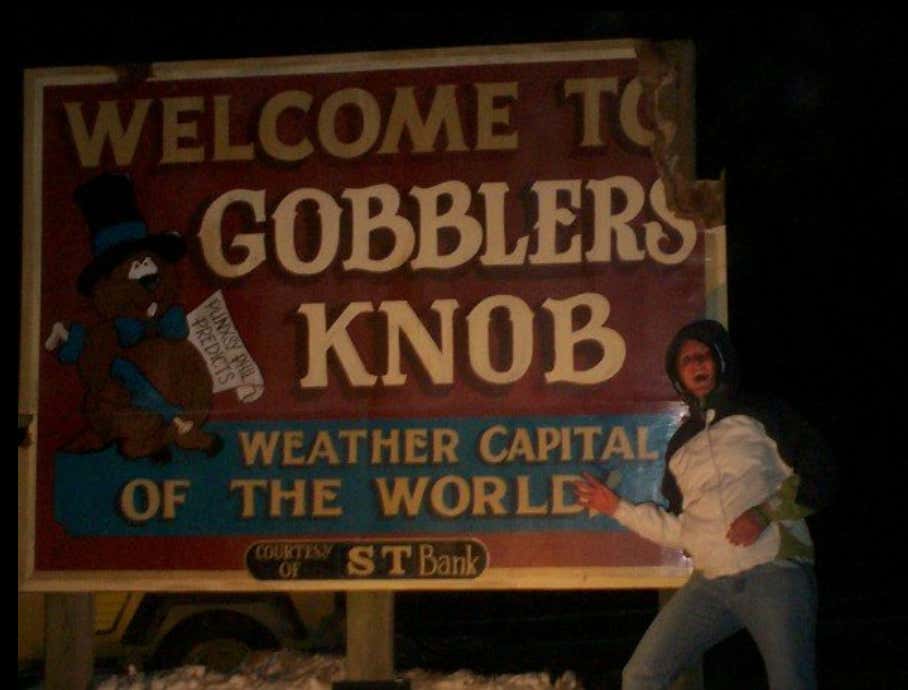 I was all over every crevice of Gobbler's Knob so I'm pretty much an expert.

And while I love the movie, and the all-night party around it, and still get a kick out of seeing it on TV every year (I'm a sucker for unique local traditions in the nooks & crannies of the country), I do see the point that mayyyybe it's time to switch things up a little bit for Phil.

At other times of the year he gets put in a little plastic barrel and put on display and bitcc, I SCREAMED when I saw that Pittsburgh straps him to the front of a bus for their infamous St. Pat's parade. Part of me can't get enough of the bizarre spectacle of it, but deep down I imagine that has to be absolute nightmare fuel for the poor guy.

I mean... If this is not one of the most Pittsburgh-head-ass things you've ever seen...

And in a very collar-pull worthy political blunder - 'Chuck the groundhog' died in 2014 after NYC's Mayor DeBlasio dropped it during Staten Island's own version of the event. There was allegedly a whole cover-up. Very New York.

Who knows… I'm not sure using an 'Aibo' robotic creature would suffice, as PETA suggested in their letter…

…but I would not be mad if they found a suitable replacement that got Phil off the stump.

What if one person was selected from the crowd each year to get on stage & play an animatronic wack-a-groundhog-robot game & if they miss hitting one it's several more weeks of winter & everyone gets to boo them & throw stuff at them? No? Come on guys, we could gamble on it!

Ok, what if they just throw an all night booze party at Gobbler's Knob, and then everyone has to get in a line & take turns standing on the tree stump on one foot for 10 seconds each in the morning, and if someone fucks up, more winter. I'd watch that livestream all morning!

Ok, I don't know what the answer is here. I know it's a tradition that means a lot to people, and it brings in alot of revenue for a town that needs it, and I look forward to hearing about what a moron I am for thinking this - but I still wouldn't mind switching it up & letting Phil hibernate from this position moving forward. Please let me know if you can think of a fun replacement, or if I'm a C word (cunt), etc.