So this is how it's going to be now for Antonio Brown. He's forever locked himself into a Doctor Strange-like time loop where he kills his career and then tries to save it, for all eternity.

He's turned himself into a perpetual motion machine of stupidity followed by regret followed by asking for another chance. He's Ouroboros, the ancient Egyptian snake eating its own tail.

And this latest attempt just stinks of desperation. A clumsy, ham-handed attempt to make everyone forget this:

And this and this:

… by making it out to be some kind of twofer. A package deal where you can get him if you get Tom Brady. Like teams will be willing to overlook that clearly unhinged performance outside his house in front of his own kids because with him you can get the GOAT. In that way you feed medicine to a dog by hiding it in hamburger.

Brown obviously has untreated mental health issues that need to be address. That much we all know. But still I can't believe he thinks for one second a ruse like this is going to work. And that a guy like Tom Brady would just overlook all this other deranged stuff just because Brown can catch passes. 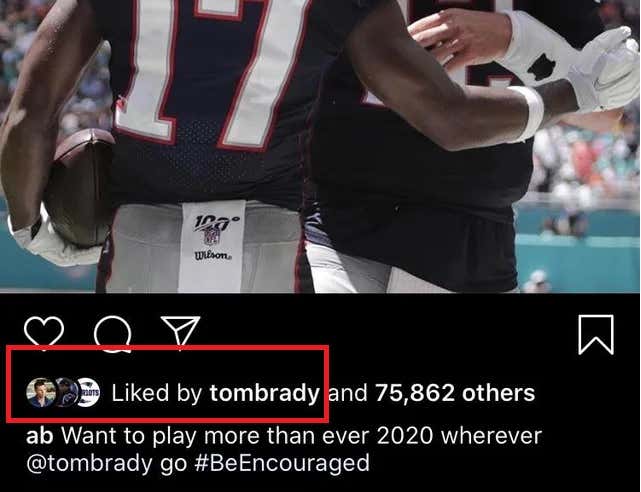 God help us. Instead of feeling lucky he let Mr. Big Chest into his house and ghosting him after this latest nonsense, Brady remains his best social media buddy. They're on everything together but Grindr. We think. Now it looks like he's playing a long con. And it's possible this crazy son of a bitch might even pull this off.

If he does, if somehow he gets himself back into the NFL by lashing himself to Brady, it'll make shooting his way out of Oakland with frozen feet and a bad helmet look like child's play. There's a fine line between insanity and genius. And AB might just own that line.