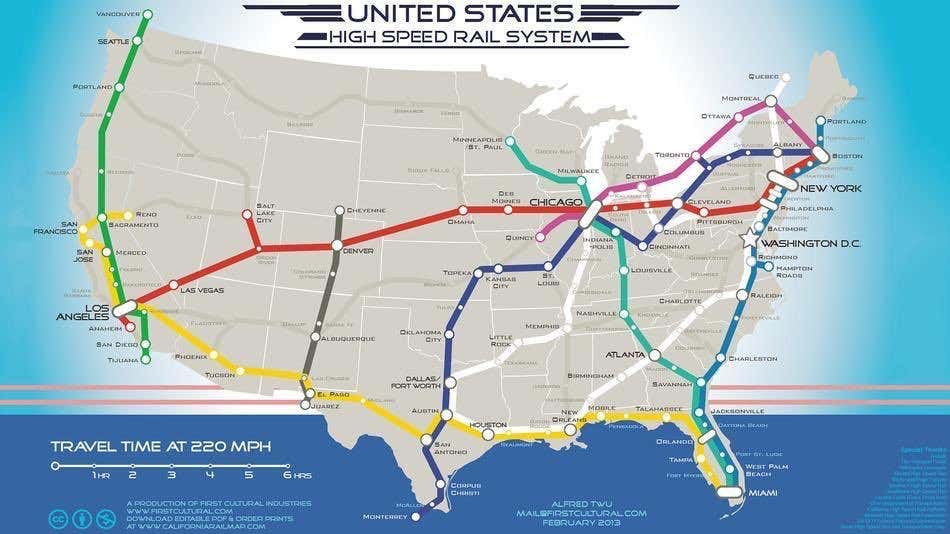 Anyone who's anyone knows that despite dominating the skies for over a year, riding the rails will forever be in my soul. Two years ago me and Dana took a train from New York to Atlanta. It took 24 hours, originally schedule for 18 but we "hit a tree" during our voyage. I was confused as to how something on a track could hit something so stationary, like a fucking tree. I later learned that "tree" was rail talk for "vagrant." It was an electric experience, I'm glad I did it once. But taking a whole day to get to Atlanta when I could have reached Australia using the skies in the same amount of time was infuriating. We, as a society, are more than overdue for the high speed rail.

Before I gained the confidence to face my anxieties of flying, and was still very much glued to the ground, the idea of a free trip to Las Vegas for winning Bud Light Busters was a horrifying endeavor. Naturally I picked a 16-seed I had never heard of because one of the fundamental truths in this world is that 16-seeds DO NOT beat 1-seeds in the NCAA Tournament. Legitimately 0-for-Ever. I would be safe in New York and wouldn't be forced to face my demons quite yet. All was well. Until that 16-seed because UMBC and upset Virginia becoming the first and only 16-seed in history to win an NCAA Tournament game. You've gotta be fucking shitting me. That God guy has a sick, twisted sense of humor let me tell you. I promise you no one on that Virginia team felt worse about that loss than I did. I didn't know what to do. 1-seeds have the easiest path to keep advancing deeper and deeper into the Tournament, UMBC just beat one of the four best teams in the country why couldn't they beat some mediocre 8 or 9 seed in the next round? I knew I wasn't going to fly, but I would still have to get to Vegas from New York. With the way our country is currently set up, it would have taken me THREE DAYS to get from New York to Los Angeles via Amtrak. And, as many of you know, Los Angeles is NOT Las Vegas. They don't even have the same prefix. If memory serves correct I think the bus from LA to Vegas was like eight hours. I just Googled the bus from LA to Vegas, because we live in the future and this information is incredibly easy to attain. The bus from LA to LV is five-and-a-half hours. Memory did not serve correct. Which means after riding the rails for THREE DAYS you'd then have to climb aboard a bus to head back into the desert for another quarter of a day. All told round trip from New York to Las Vegas would have taken six days and 11 hours assuming everything went according to plan and no "trees" showed up along the train route.

I say all that to say this: build the high speed rails. Across the country in under a day? Pop down to Miami just for shits and giggles? Sure would love to eat in Chicago for supper without the hassle of driving to the airport, going through security, being crammed in my seat and not being able to use my phone for two hours. Don't make me learn a catchy tune and go city to city pitching this fucking thing like Lyle Lanley because so help me good I'll learn the piano if I have to.