For the uninitiated, THE MILKMAN was a prodigy in the RnR scene years ago. When he dropped his 1st ever promo for RnR 4 no one knew whether to take him seriously or assume he'd get his milky ass pummeled in the ring

But in the end he shocked everyone and his opponent with a vicious uppercut that snapped his body in half. MILKMAN seemed destined for stardom and a future life of retiring with ring girls but then the unthinkable happened at RnR 5...

NO NOT THAT, WELL YES THAT BUT I REALLY MEANT THE DRUGS PART,

MILKMAN failed a drug test right before his huge Main Event fight vs COWBOY KEVLAR and failed to deliver for the 1st time in his life. But in that sideline interview he vowed to return. He vowed to deliver, AGAIN. And that's why he emerged from the shadows of despair to reclaim his dairy throne vs I EAT ASS. 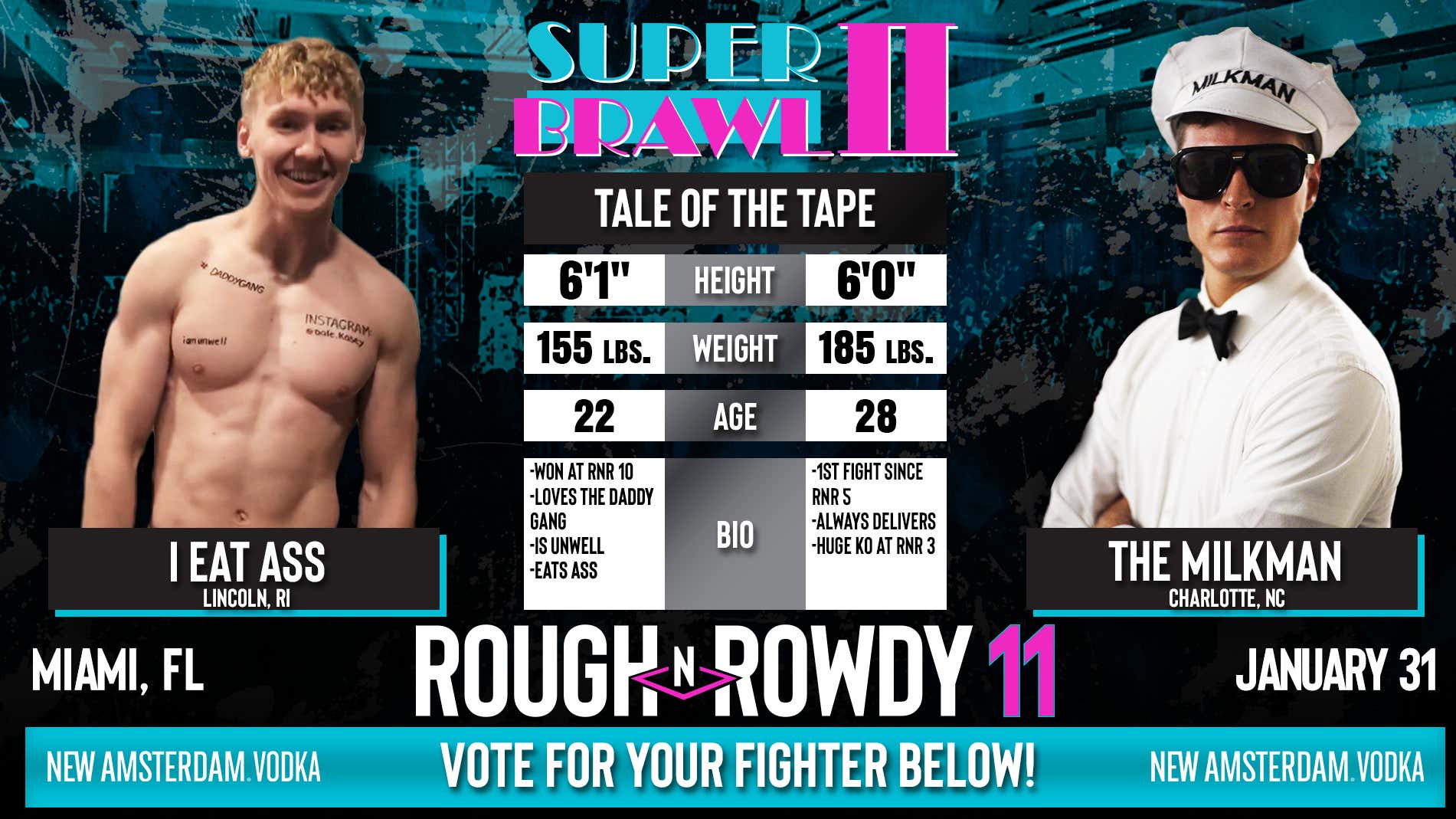 It's gonna be 2 flashy guys who talk a lot, but either can end the conversation with only 1 swing. This is going to be a fucking goddamn slobberknocker of a match folks, and unlike the KO clip above there is NO HEADGEAR at RnR 11.

SOMEBODY IS GOING TO SLEEP!