Today's Pardon My Take included one of Mr. Cat's good friends. Jay Cutler, a former Commodore, Bronco, Dolphin, and of course, Bear, joined the show to discuss his career, playing for Mike Martz’s offense, he and Mr. Cat’s relationship, and more. An additional part to today's chat with Cutler, Mr. Cat, and Mr. Commenter included an interesting, yet funny sequence of phone calls and discussions during Cutler's high school days that eventually led him to head to Vanderbilt and enter himself in the SEC football scene:

Mr. Cat: Where else were you considering?

Jay Cutler: Purdue, but they wanted me to play safety.

Jay Cutler: No, I grew in college. I was like 6'2'' at this point. Illinois, Ron Turner was there, they offered me, I committed. And then they called me like a week later and they said, "You know, this kid from California, he wants to come. We want you to take the first semester off and then come in in January." Well, I'm not doing that. And then Vandy called and I was like, well, I got nothing else going on.

Jay Cutler: Have I never told you the story of how I ended up at Vandy?

Jay Cutler: Oh, gosh. So, it's basketball season and it's early January. And I get a call, I'm in school, you know, they did the intercom thing. It's like, "Jay Cutler come to the office." I'm like, what's what's happening now? I get to the office and they're like, "Hey, the AD wants to talk to you."

So, I get down there and he's like, "Hey, Vandy called, they want to talk to you." I get on the phone with them.

"We just watched your tape, we're kind of cleaning up the rest of our recruiting. We like it but we don't think you can play tight end in the SEC." I was like, "Well, it's fine. I don't even play tight end."

Jay Cutler: I tell them my name and he's like, "Well, alright. We see your tape. We'll watch it and call you back here in a little bit." I'm like to the AD, "They're not calling, can I go back to class now?" Literally three hours later, same thing. Get down there, he's like, "Hey, they're on the phone." And I talk to him.

"Hey, we love the tape. We want you to come to Vandy. We have a scholarship for you, but we need to know by the end of the day. We got these two other people. Whoever gets them first, gets them."

Jay Cutler: There were two scholarships left and three kids out there they were just waiting on.

Mr. Commenter: It's crazy. It's like, you thought I was a tight end six hours ago.

Jay Cutler: I don't even know where Vandy is. I'm in Southern Indiana, Big Ten country. I'm like, where is Vandy? No idea. So, I go home to figure this out and talk to my dad. I get on the dial up internet, making all those noises, I'm looking at Vandy, Nashville, I'm like, "Where the hell is Nashville?" And I call my dad and he's like, "Oh, you're going." I don't even know where this place is. He goes, "You're going. Just call them back and tell them you're going."

Mr. Cat: Jack was like, Yeah, I don't have to pay for college.

Jay Cutler: So, I did a little bit more research, whatever a 17-year-old kid could do at that point. I called him [guy at Vandy] and I'm like, "Alright, I'm in. Let's do this." And then like two weeks later, went down for a visit and stuff. And the rest is history.

This is just a fantastic, on-brand story. Jay Cutler commits to play quarterback for a school where he has no idea its location is, and doesn't know much about Nashville, either. But screw it, he's in (after a very persuasive conversation with his father, of course). A solid college career, a first round pick, and 12 NFL seasons later, I'd say that crazy chain of events that catapulted Cutler to Vanderbilt certainly worked out in a positive manner. 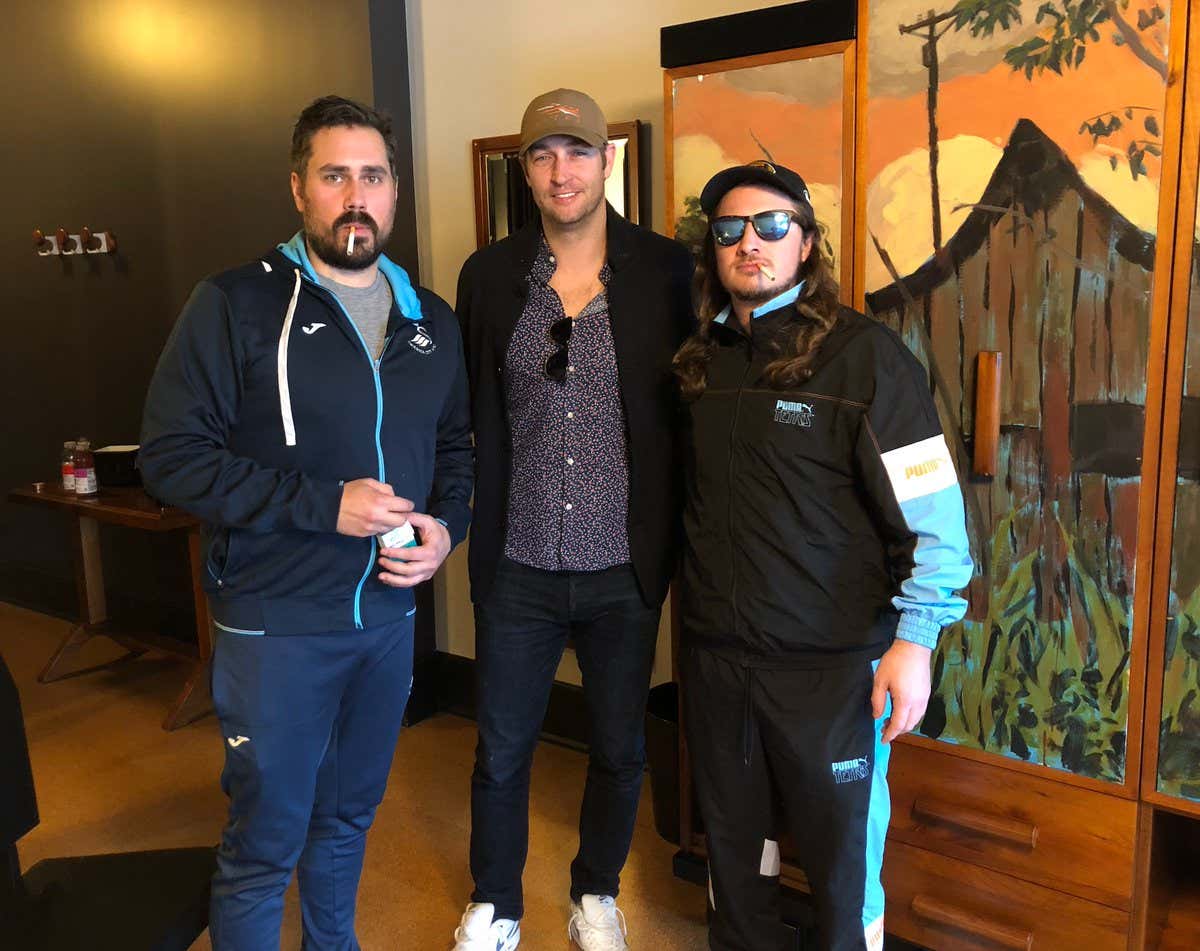