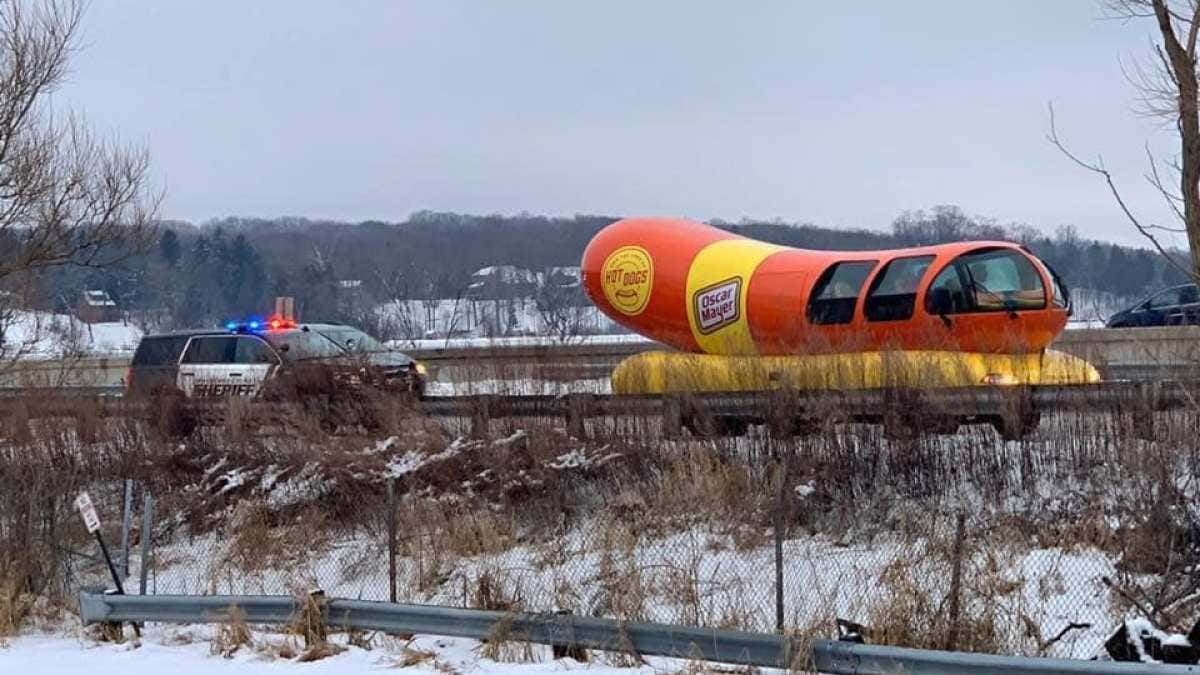 Milwaukee - Following the rules of the road is important -- even if you're the Oscar Mayer Wienermobile.

The Waukesha County Sheriff's Department pulled over the Wienermobile for not following the Move Over Law. The driver of the Weinermobile was given a verbal warning.

The Waukesha County Sheriff's Department would like to remind motorists that when a vehicle is on the side of the road with its emergency lights flashing, the motorist is required to move out of the lane closest to the vehicle if possible. If a safe lane change is not possible, or the motorist is traveling on a two-lane roadway, they are required to slow their vehicle, maintain a safe speed for traffic conditions, and drive at a reduced speed until completely past the vehicle.

Imagine being the cop who finally brought this son of a bitch down? For decades now, the Wienermobile has been buzzing down the streets like a giant moving hot dog is above the law. Like it's Vin Diesel in Fast & Furious or something. I'll be honest, I've only seen one of those movies and it was years ago so I kind of forget if Vin Diesel is a good guy or a bad guy in those movies, but you get what I'm trying to say here. The Wienermobile has been driving like its above the law for decades now, but fortunately there was at least one cop in Waukesha County, Wisconsin who had the balls to finally bring it in.

I really can't think of many traffic stops that would be more heroic than this one. Maybe Harlan Williams pulling over the Mutts Cutts van.

Or maybe when Officer Jack MeHoff got pulled over while transporting this horse banger.

Either way, it's about time someone took down the Wienermobile and we can all sleep a little easier tonight knowing there's one less scumbag on the roads. I just hope the award this officer with some sort of medal or recognition for his valiant efforts.