Hockey Hall of Famer Ed Belfour was arrested on Tuesday morning in Bowling Green, KY on mischief and intoxication charges.

An arrest report obtained by the Bowling Green Daily News says the 54-year-old Belfour was "manifestly under the influence of alcohol to a point he was a danger to himself and others."

Belfour was found on the second floor of the Kentucky Grand Hotel and Spa, "clutching a curtain rod that had been ripped out of the dry wall above a window next to him. The subject was kicking the spa door while he was laying on the ground."

The citation reveals that the Carman, MB native was not compliant with officers.

The initial 911 caller claimed that Belfour had been drinking on the first floor of the building before attempting to fight a hotel employee and striking a window in anger.

Ed Belfour was drunk and trying to fight people and damaging property? This guy?

All time mug shot for Eddie The Eagle. Time of his life. 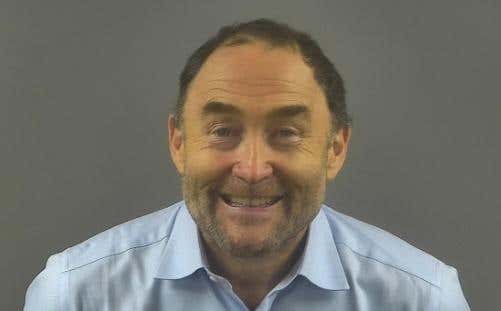 Hopefully this isn't indicative of some sort of deeper issue with Belfour. Just a bad night.