Philadelphia police are searching for the suspect accused of stealing half a million dollars' worth of jewelry belonging to former Philadelphia 76ers star Allen Iverson, Action News has learned.

The incident happened around 10:30 a.m. Monday at the Sofitel Hotel located on S. 17th Street in Center City.

Sources confirm the suspect removed approximately $500,000 worth of jewelry from Iverson's backpack before getting away. Iverson was not present at the time of the theft. 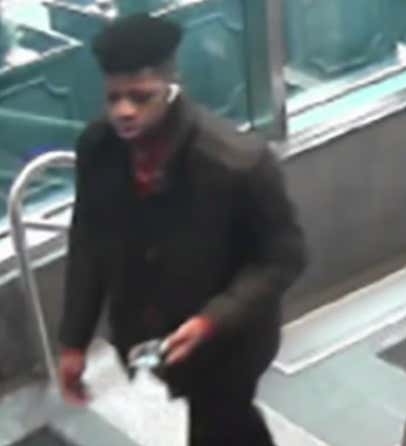 It sounds like this person casually walked right into the hotel around 10:30am yesterday, ear-buds in, nice jacket on, and allegedly grabbed up all the goods with no problem. (He was probably listening to It's My Life by Bon Jovi because that's the only song I can imagine that would give you the confidence to do such a thing. It's what I was blaring when I pierced my own upper-ear in 9th grade.)

Though speculation isn't helpful here I can't help but wonder if it was an inside job from someone at the hotel, or if the person just tracked Iverson's whereabouts, knew he was staying there, and made the move. It's no secret that the Philly legend is often decked out in some pretty fantastic pieces...

Unfortunately this happens to celebs & athletes every year. In 2017 Kim Kardashian was tied up at gunpoint in Paris as $10M of her jewelry was taken, and over this past holiday a British Heiress had an estimated $67M worth of jewels stolen from her home. Alex Rodriguez had a laptop and around $500K worth of items stolen out of his car in San Francisco last year as well. With a little Googling you see it's sort of common.

All that being said, I hope they catch the jerk who took Iverson's stuff, especially with what a rough week it's been. Philly is a big city, but I think word will come out soon enough about who did it.

Police on Tuesday said a 21-year-old male has turned himself in after a backpack reportedly belonging to former NBA star Allen Iverson that contained $500,000 worth of jewelry was stolen.