ESPN gets criticized for a lot of things on this website, many of them completely justified. But throwing some random Kansas-OK State game to ESPN2 in order to pay homage to Kobe's last great moment on the basketball court as well as an all-time NBA Twitter night was absolutely the right move. Watching Kobe become the oldest player to drop 60 in an NBA game was incredible to watch live but I feel like it's going to be flat out surreal tonight.

Kobe's last game felt big before it started. But once Kobe was clearly done passing for the night and entered Don't Give A Fuck Mode, it became legitimate Must Watch TV on par with any playoff game as everyone slowly realized "Holy shit, Kobe's going to empty the tank by shooting every shot he possibly can" that ended with Kobe outscoring the Jazz 23-21 in the 4th quarter and carrying the Lakers to one last win, with Kobe's final box score being immediately being placed in the Gunslinger Hall Of Fame. 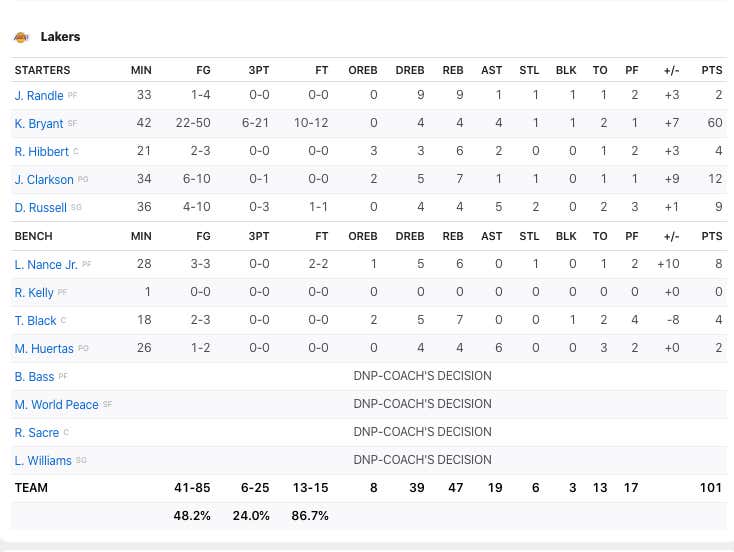 Everything about yesterday and today has been overshadowed by Kobe and it's going to stay that way at the very least until after the Lakers play tomorrow night vs. the Clippers in what is no doubt going to be a wildly emotional game. So throwing on a game where Kobe went Full Mamba on the Jazz to the tune of 60 points and gave us one last set of memories of Kobe Being Kobe over some random Big Monday game between the Number 3 team in the nation and a 10-9 squad in a weird ass college basketball season was an absolute no-brainer, even for ESPN. 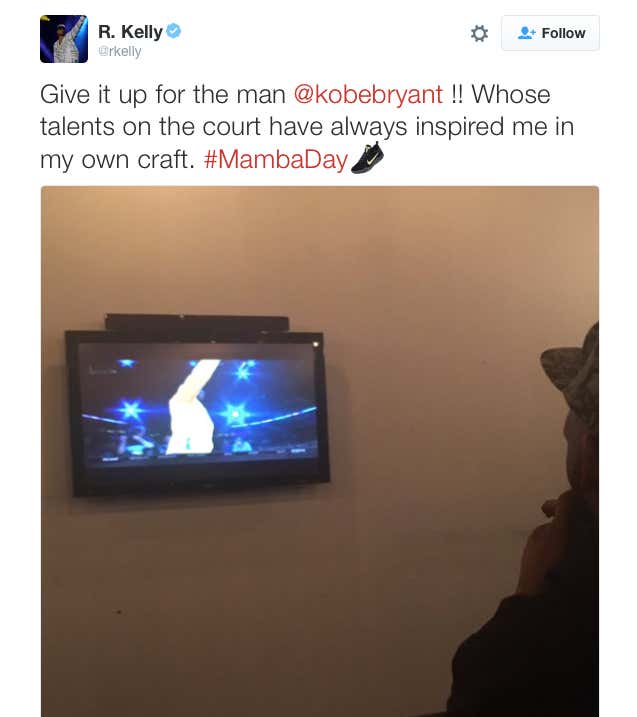