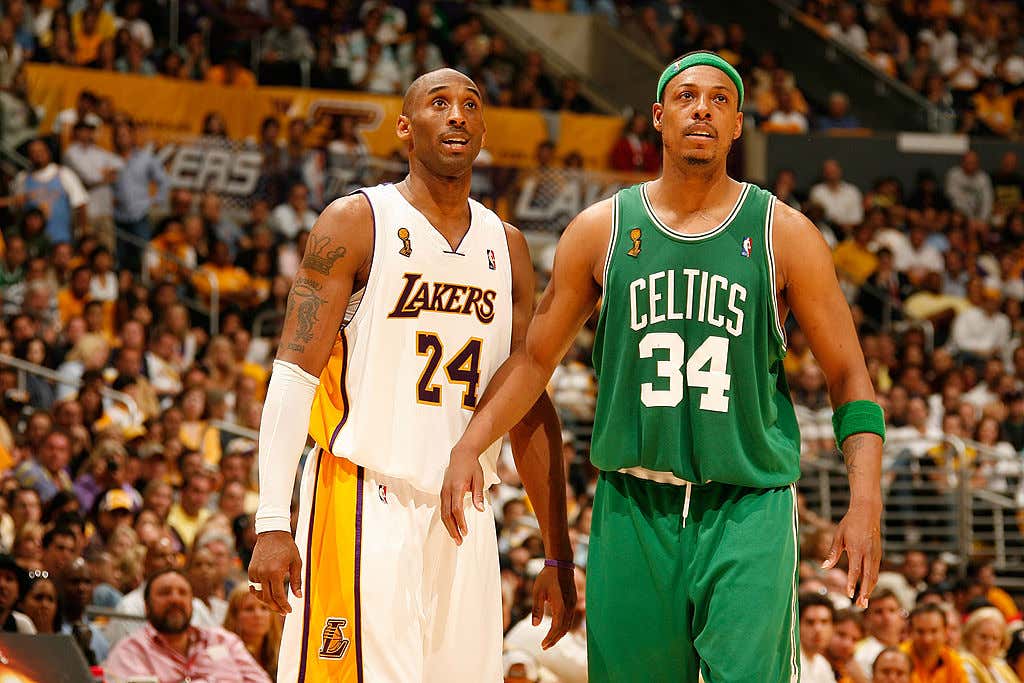 If we're being totally honest, when I woke up today and realized everything that happened yesterday wasn't a dream, it still didn't feel real. Seeing the headlines, pictures, videos, tweets, all of it just doesn't seem like this is something that could actually be possible. I found myself incredibly emotional pretty much all of yesterday and even as I write this, and that was a new feeling for me. Maybe this is just a me thing, but I can't remember ever getting seriously emotional when a celebrity passed away. Sure it was sad, but I never really felt the impact of the loss and certainly didn't cry when the news broke. Didn't matter who the celebrity was, it just never hit me like that. But yesterday was different. For the first time in my life the passing of someone I had never even met really tore me up. I felt that shit in my heart, bones, gut, soul, everything. I would see short clips like this

and I can't help but tear up every single time. This was a new feeling for me, and I felt obligated to consume every bit of content there was, sincerely crying through it all. I didn't know why, I had never come close to reacting that way ever before, yet I couldn't stop. I've thought a lot about why this might be, maybe it was the suddenness of it all, maybe it was the fact that it involved kids, I'm still not totally sure. Part of me thinks that deep down a lot of this reminded me and my family's own experiences and how that might be what was coming to the surface. You see, when I was a freshman in high school my older brother flipped his car and broke a couple of his vertebrae in a random out of the blue car accident. He didn't hit anyone, he slid on some sand and flipped. He broke his C4 or C5 I think, some real serious shit. To this day I still remember what the hospital smelled like walking to his room, I remember how sticky the floor was and what a weird sound it made as I finally approached his doorway. I remember what it was like to see him just laying there, you feel a sense of helplessness that I didn't know existed. It turned out he was a bad sneeze away from becoming a quadriplegic, they caught the fracture in time, put him in a halo and he's perfectly fine today. We as a family were spared from that tragedy. So when this all broke yesterday I think deep down that is what has impacted me so much. The Bryants and all the families involved in this aren't as lucky, and that cuts me to my core.

And then I think of my own personal relationship with Kobe. I think of the role he played in one of the most important things in my life, the Boston Celtics. It's such a weird position because this is a man that is responsible for the greatest moment of my life (2008) and also one of the lowest (2010). That's a weird relationship. There was no player I truly despised more growing up, he was the perfect villain and the Magic to my generation's Bird. This is a man that relished in beating the Celtics, in 31 career games he put up one of his highest scoring averages against any other opponent. His battles with Paul Pierce were epic, and he truly understood what this rivalry meant

I have never seen another player get the sort of treatment that Kobe got from the Garden crowd. Both in 2007 and in 2015

Never in my life would I ever think the Garden would chant MVP for a Laker, but that's why Kobe was different. You hated him, you sure as hell feared him, but ultimately you respected him. There are only two players I've ever watched that sent chills down my spine, where once they made their first basket you knew you were in big time trouble. The list is Kobe Bryant and LeBron James. That's it.

The relationship I and probably a lot of Celtics fans have with Kobe is a confusing one. I always knew he impacted my life from a basketball standpoint at both ends of the spectrum. The highest of highs and lowest of lows all include this once in a lifetime talent. But what I didn't know was that Kobe impacted me on a human level. I never even gave that a minute of thought at any point in my life. I'm not a Kobe Stan, I hate the Lakers with every ounce of my being, but none of that even comes close to mattering. That's what makes this whole thing so hard to process, at least for me.

It's sad that you often don't realize the impact someone may have had on you until tragedy strikes, and that's maybe the toughest part.