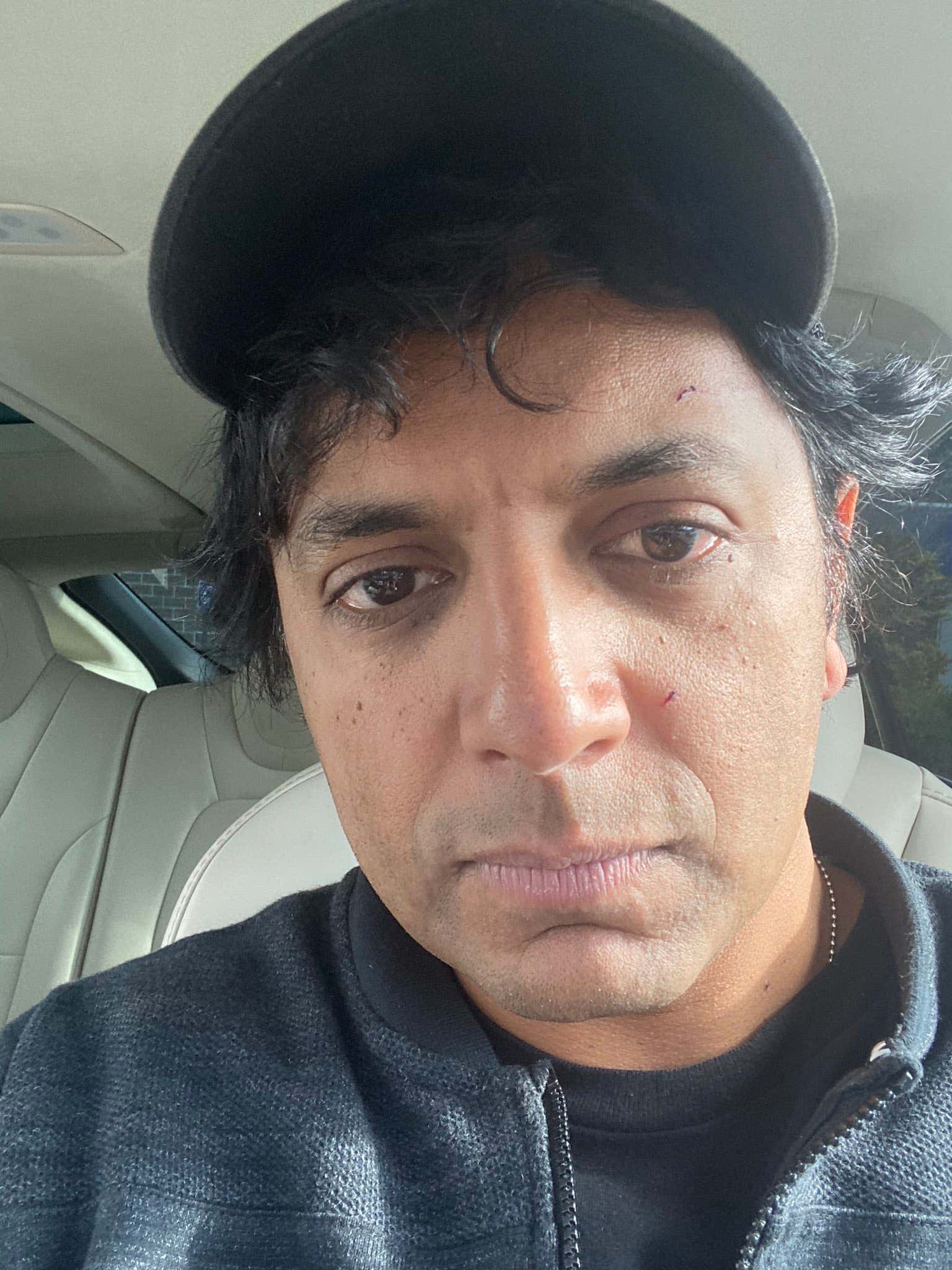 When you go to an NBA game, and especially a Sixers vs Lakers game, one thing you're certainly expecting is to see a great basketball game being played by some of the greatest athletes in the world. One thing that you're certainly not expecting, however, is to get physically assaulted by one of them. But that was M Night Shyamalan's tragic experience last night as he was brutally attacked by Anthony Davis of the Lakers. And since we're talking about Shyamalan here, you know there's going to be a twist. You ready for this?

Anthony Davis didn't even have the common decency to apologize for blowing up his face like that.

It's a damn shame, is what it is. M Night Shyamalan just wanted to cheer on his Sixers and have an enjoyable evening watching Ben Simmons assert himself as one of the most dominating forces in the league. He just wanted to witness Matisse Thybulle assert himself as not only the best rookie defender in the league, but one of the best defensive players in general. And what does he get out of it? Well he got to watch the win but really only with one functioning eye after his other was essentially stapled shut by Anthony Davis. Clearly AD was taking out his frustrations on the fans after the Lakers were getting their shit pumped out there. Even after the Sixers tried their hardest to go Full Sixer and blow the lead in the 4th quarter, the Lakers couldn't take advantage. So Anthony Davis figures that if you can't beat them on the scoreboard, you might as well beat their fans up. Will the league do anything about this? I sure as shit hope so.

Regardless, shoutout to M Night Shyamalan. The dude is tough as nails to even be alive today, let alone wear that shiner with pride after a massive Sixers win. Toughest fans in the world, that's what Philly produces.

By the way--imagine being one of the many dolts out there who were on the #TradeBen wagon. What a bunch of fucking idiots.

The only thing that sucks about this win is now it means the #TradeBen talk will all get shifted over to #TradeEmbiid. Word to the wise--just stay away from Philly sports talk radio for the rest of the season if you want to preserve your brain cells.